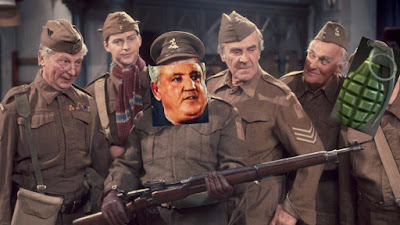 "WILSON!--FRASER!"--WATCH OUT FOR THE HAND GRENADE!"

NUFC heed for Islington(norf London)for the 2nd time in little more than a week after wor 2-0 FA Cup exit to The Arse the last time we were here!

Wor beleagered heed coach haz said that, "He saw nothing wrong with them at Arsenal!" In the one sided 2-0 extra time defeat, which ended wor run for trophies in the very first week of 2021 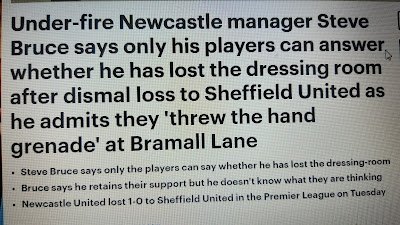 That's ONE shot an hour on target by wor brilliant calculations!

He aalso says that "The hand grenade woz thrown!" In wor disastrous defeat at Sheff U last Tuesday! (that's '8 games in a row' withoot a win!)

Let's get real!---if we get anything oot of tooneets game then Bruce will probably dee a lap of honour aroond the 60,000 empty red seats, such is his desperation to pick any crumbs of comfort, that may come hiz way! 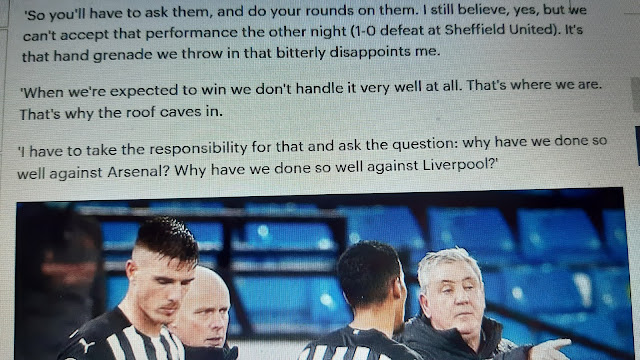 'Yours truly' is workin' and will have to listen on, on mee truck radio, as aa battle mee way up the empty M1 through the Midlands and Yorkshire on mee way back to Tyneside! (not much traffic theeeze days, due to the lockdoon!)

Aall Toon fans desperately want the team to turn the tide, but deep in wor hearts, we fear the worst tooneet!

Pleeeze prove me and the thoosands of fans wrang, lads!