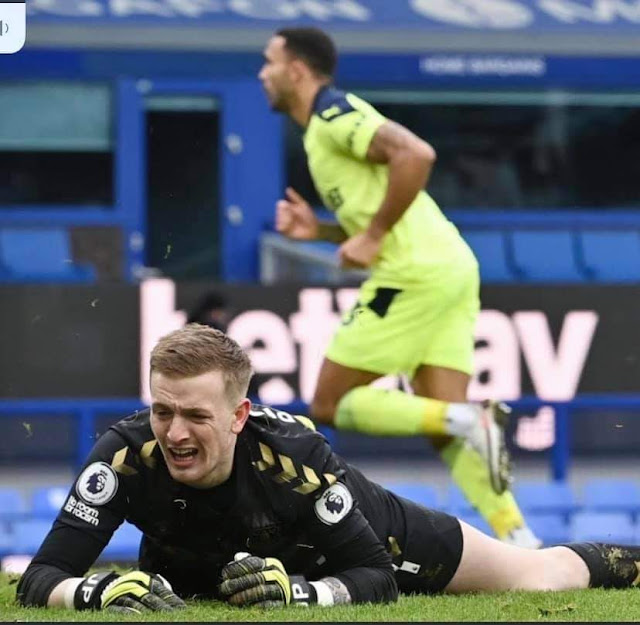 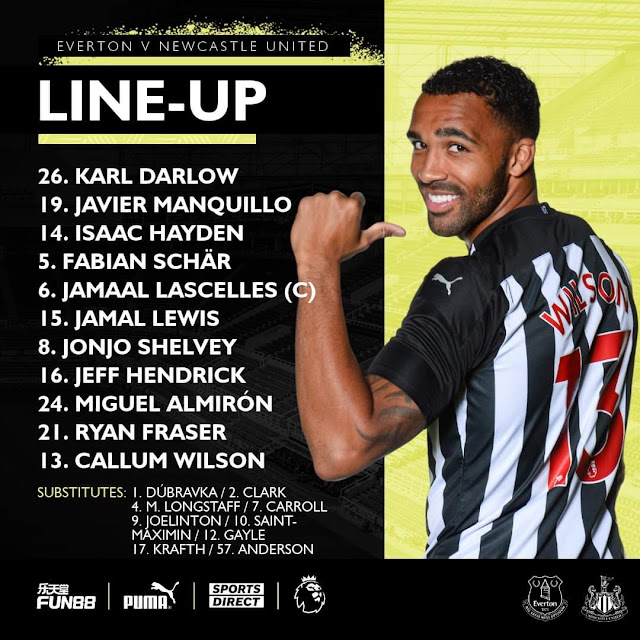 Under normal circumstances a year ago, we would be on wor way by train to Liverpoool  for wor game v Evaatin at Goodison Park, calling at the Barlow Arms before the game (near Goodison) for a few 'gargels' and a bit chin wag with some of the locals!

Of course, these are not normal times, so I will be sitting in front of mee laptop in wor hoose, with a couple of bottles of 'Dog' (Newcasil broon ale) for 'company' to watch the proceedings!

The Geordie Times will of course give yoo laptop coverage az the action? (or inaction!) happens before us!

We can anly hope that wor new coach Graeme Jones can give us a formation to get a result against Evaatin, instead of 10 men behind the baall, az no doubt Bruce would demand to try a gain a point in a nil-nil draw!

Can The Toon break the winless 11 game streak, and can we get wor forst win in 2021?

Who knows, but with othaa teams below us catching up fast, we need a win, or at the very least a draw, to put this awful run behind us (5 Premyaa Leegue defeats in a row! and just 2 goals scored in the last 9 games in Leegue and cups!)

God help us if the barber tests positive for the virus, as the whole thing will unravel!

NUFC say he will be disciplined , so dont expect him to be in the starting line up (he hazzint been for the last 2 games, anyway!)

Az per usual watch this space below for goal and incident updates az they happen! 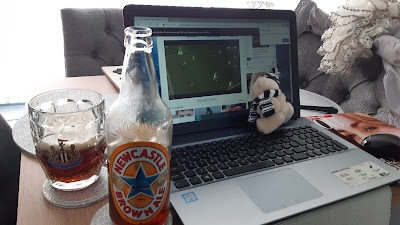 25 mins played NO shots on target as usual! 46% possession!

30th minute Wilson heeder on target for NUFC which was saved by Little arms pickford and baall skimmed the bar! 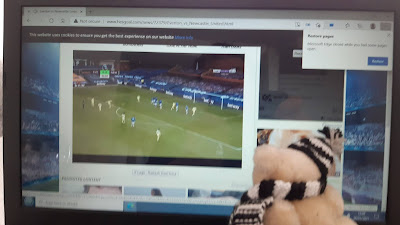 Much better performance than of late, but still nee goals! 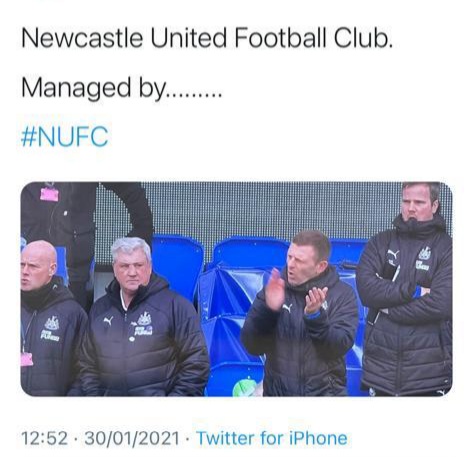 *52nd minute  Wilson missed goal when he shud have scored!😬

60th minute: picture has froze for the 6th time!

Half way through 2nd half

40% possession   No shots on goal this half so far!

But still we are playin much better 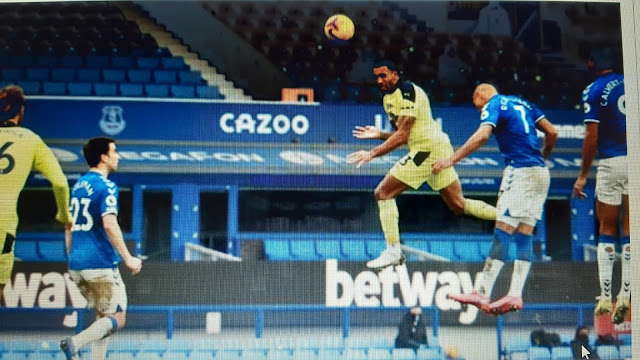 GOAL: Wilson again from a through baall by Lewis for the decisive goal to win the game in the 93rd minute!

Jones deserves the credit but Bruce will claim it!🤪👍

Iz this the decisive moment and turnin' point for wor season?---Lets hope that this isnt a 'one off'

Posted by fink the mad-sad groundhopper at 11:33