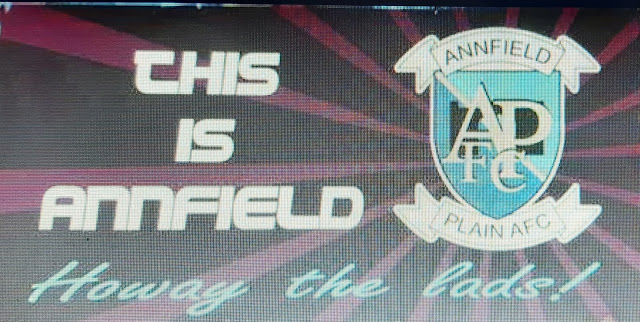 "FROM ANFIELD TO ANNFIELD PLAIN!"

In Stanley, Coonty Durham on the 16th February 1909 a pit disaster at Burns Pit claimed the lives of 168 men and boys when it blew up and collapsed on top of them.

The youngest was a boy of 13 who was taken doon the mine by his faatha tih see where he was due tih start work the very next week.

The last survivor, 'Paddy Joyce', died in 1974. He was docked a shillin' of his pay (5p) coz he failed tih complete his shift on the day of the blast!

Kevin Keegans grandfaatha, Frank, was a mines inspector at the pit and was one of the rescue heroes who risked his aan life tih save az many az he could.

After aall them years a fund was eventually set up to raise money to honour the victims and this iz where Kevin Keegan comes intih the picture.

This game was arranged tih raise money for a memorial pit wheel on the site of the disaster ,for aall those who had tragically died that day.

And when approached, Special 'K' was anly too glad tih help by sendin' a Newcastle XI tih play the local side, Annfield Plain. 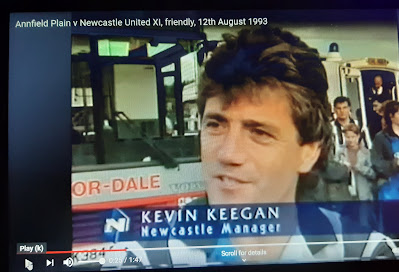 KEEGAN INTERVIEWED ON 'LOOK NORTH' BEFORE THE MATCH

Tickets had gone on sale at the village's social club and they reckoned it would be a selloot such was the attraction of 'Keegans Boys',SO!---ah phoned them up ,tih be telt by a comittee man that there were anly a handful left, but that he would keep some for iz if a wanted them!---but a'd have tih be quick!

In 'a fit of panic'!, ah jumped in mee 'jam jar' and made a 'mad dash' for Annfield Plain tih get the 'said' tickets for the lads!. The gadgie a'd spoken tee on the 'telling-bone' (remember 'Catweazle'?) HAD kept  half a dozen for iz and ah gladly gave him the 'bit' for them.

"They're the last six tickets!", he said, before dissapearin' intih the lounge tih play bingo! 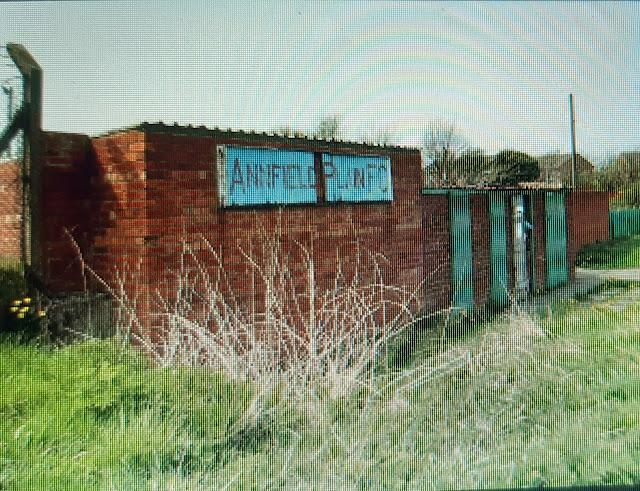 By a strange qwirk of fate, Newcastle had played Liverpool in a friendly at Anfield three day orlier and here we were (Er!---three days later!) at the other 'Annfield', but this one, of the 'Plain' variety!

(The groond was a bit different to Anfield iz well, az it had nee stands apart from  a tiny shelter, which waz aboot the size of a garden hut roof! in front of the changin' rooms!) (the anly otha bit of shelter was in------the DUGOOTS!)

Although--tih be fair, there was a smaall 'Kop like' hill at one end (Er!--- aboot fower foot high!) 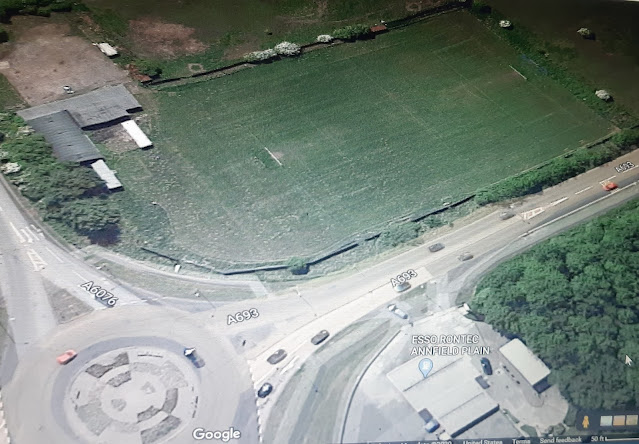 A magnificent crowd of some three thoosand 'torned up' for the game and it was just a pity that it 'torned oot' tih be----whey!---not much 'Kop'! (unlike the Anfield game which was a corker!) 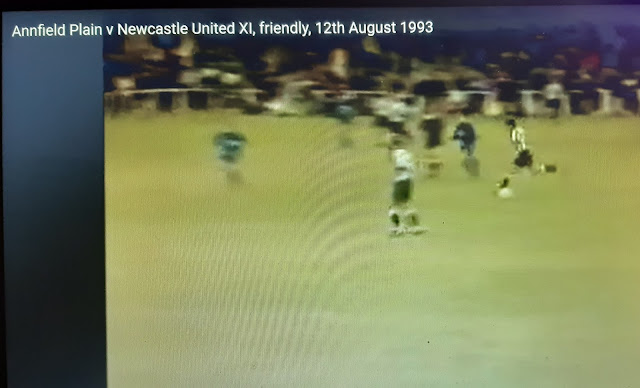 Trialist midfielder Costa Costas (remember him?----naar!----neetha div ah!) scored the Toon's anly goal,when he hit a shot from just ower the halfway line (above), past ex Toon keeper Kevin Carr, but it was'nt aall 'plain sailin' for the black 'n' whites' (sic!) in a game that ended up one's a piece, much tih the delight of the home crowd and their players---who!---aall went home happy chappies!

Proceeds from the game at Derwent Park went to The West Stanley Disaster Memorial Fund az the home side celebrated their centenary! 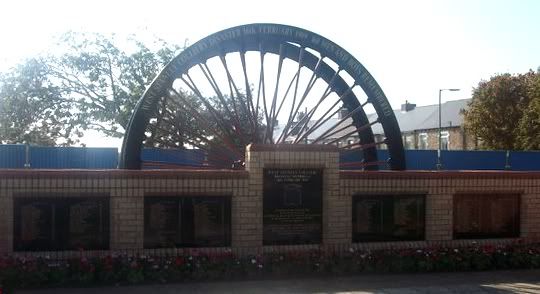