CLUB NICKNAMES A to Z---AN EXPLANATION


An 'A' to 'Z' of 'The Geordie Times' futbaall club nicknames---For the benefit of wor owerseas visitors especially! 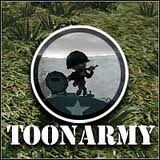 Under copyright laws 'The Geordie Times' iz not allowed to publish fixture lists--(we divvint want to get sued by 'The FA'---like!)  so we've improvised and have made up wor aan nicknames for clubs--some of them current nicknames or their former nicknames, which they ne langer use!

(The) Baggie Troosers----a 'WEST' Midlands club---the clue iz in the 'Baggie' and they are so caalled az in the 19th century they used to wear baggy shorts! WEST BROMWICH ALBION

(The) Cockney Reds of Salford---they have a reputed fan base of 10,000 in London and az any self respectin' Blue Moonie fan will tell you, they play in the city of Salford (where the BBC have relocated!) (I wonder why?) MAN UNITED

(The) Kings Road OAPs---Their former nickname used to be 'The Pensioners' after the Old Chelsea Pensioners war veterans. (OAPs=Old Aged Pensioners) They then changed their nickname to 'The Blues' a few years ago. They play on the Kings Road in the borough of FULHAM!  (aka 'Chelski' due to their Russian benefactor) CHELSEA

(The) Wacko Jacko Jivers----the 'beloved'? former owner of this club placed a statue of this former pop idol ootside hiz groond in west Landan next to the river Thames
(Wacko Jacko once waalked across the halloweed torf of this groond---hence the statue!?) FULHAM