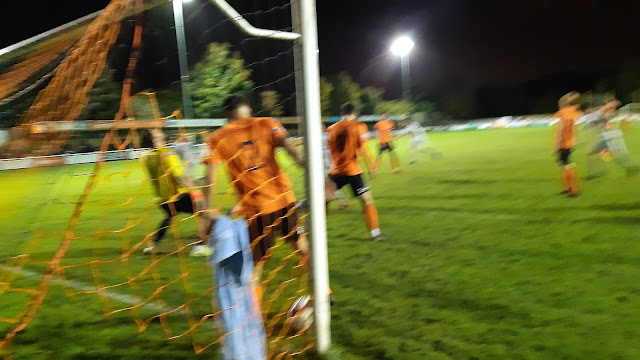 Aa managed to cadge a lift on the Dunston team bus for this one, to a groond a'd never been tee before!

The most famous thing aboot Brighoose iz that in the 1970s The Brighoose and Rastik Brass Band got to number 1 in the charts with The Floral Dance!

And aa half expected that they would be there to greet us at the gates of the groond playin that auful tune when we got there!---Nee such bad luck, just a car park full of cars and vans! 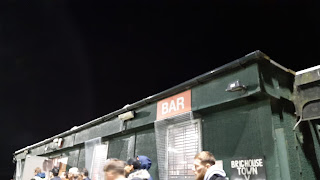 The clubhoose woz of course wor forst 'port o caall' when we arrived and we were just grateful that it woz actually open at aall, due to the pandemic! 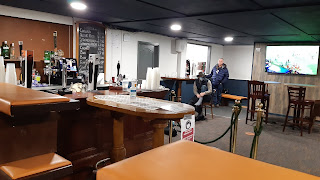 After a few 'liquid lubrications' we heeded for a standin place behind the nearest end to the clubhoose, where brass band music woz blarin from the loudspeakers! (But thankfully NOT 'The Floral Dance'!)--- 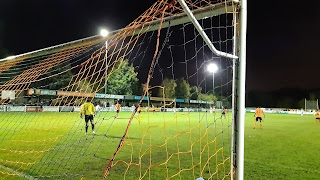 But disaster struck aalmost immediately on the pitch, when 'The Brass Band Brigade' took the lead in the 2nd minute of the game at the far end from us!

The Bad Blue Boys then equalised a few minutes later through a penalty after Connor Bell waz fouled in the box for a penalty which woz taken by Terry Gilbraith---and he made nee misstayk from the spot! 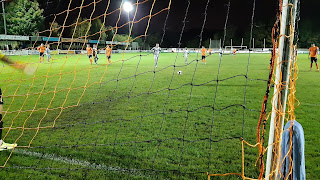 It woz soon 2-1 to Dunston when Michael Hall latched on to a Gilbraith free kick to slot home!

By half time it woz 3-1 to the visitors when Gilbrath won a scramble in the box from a corner kick, to toe poke the baall just inside the post!--much to the delight of me and the dozen or so Dunston faithful who had made the 2 hour jorney to west Yorkshire! 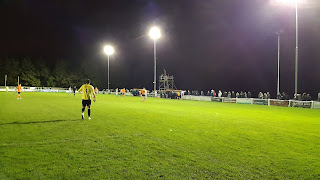 The forst period of the 2nd half woz dour to say the least and after Dunston had hit the bar in the 70th minute, it seemed to rattle Brighoose into life and they pulled a goal back in the 72nd minute through  Keita who hit a great shot past Connell in the Dunston goal! 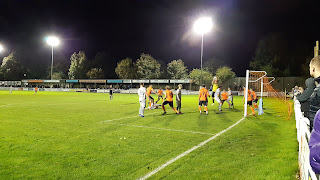 Then disaster upon disaster, they made it 3-3 just 2 minutes later when, wot looked like a scramble in the box at the far end from us (we'd  switched goal in the 2nd half) when Sorhaindo fired home, to loud cheers and applause from the majority of the 341 crowd! 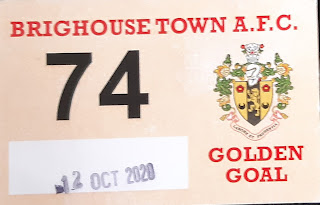 Unfortunately anly the 1st goal wins the prize--NOT the 6th one!

It looked az though the home side would win it, but The Bad Blue Boys didnt give up and after a fine run into the box by 'mystery man' from the left flank (sorry I cant remember hiz name?) he crossed the baall for Connor Bell to shoot home in the 80th minute to send the Dunston contingent wild with delight! 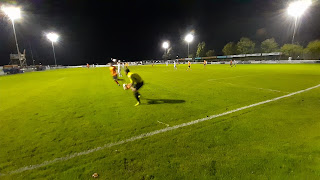 It woz a norvy end az the home side pressed for anothaa equaliser, but The Bad Blue Boys (who played in aall grey!) held on to take the 3 points and extend their lead at the top of the table to 4 points! 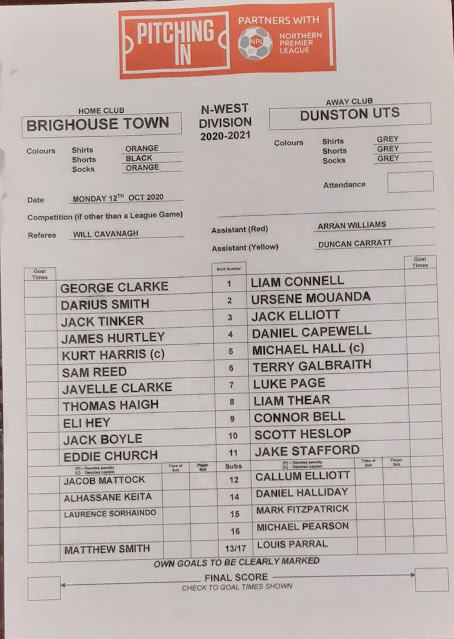 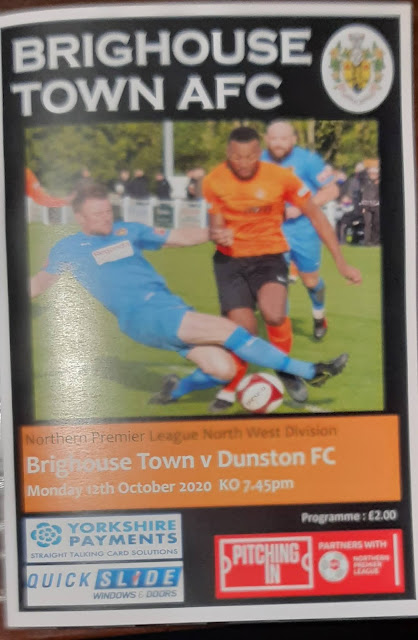 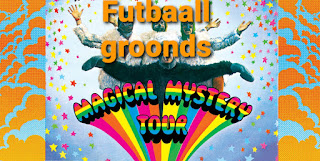 Posted by fink the mad-sad groundhopper at 11:23