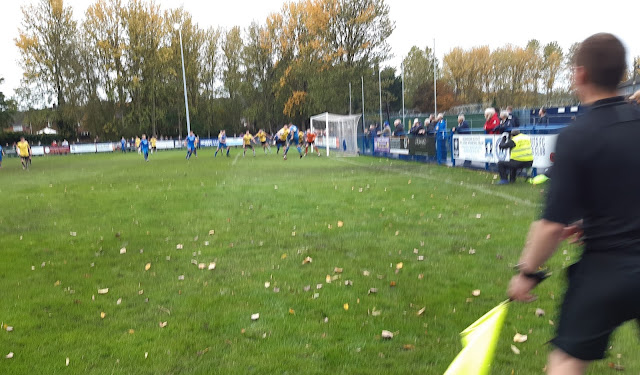 Clitheroe were in 2nd place in the Leegue table behind The Bad Blue Boys of Dunston and so a very close game woz anticipated!⬅️(We naa aall the big words!)

And so it proved az there woz little to separate the sides a, both had good chances in the first half, but neetha side could break the deadlock!

It woz then off to the clubhoose for a half time 'appitizer'--and guess wot!?--we missed the start of the 2nd half as an exited Clitheroe fan rushed into the clubhoose to tell fellow fans who were still drinkin that they had taken the lead!

For that reason alone aa cannot give yoo a description of the goal, which woz scored by Adams in the 47th minute! (They could have waited til we'd finished wor pints before they restarted!--its a disgrace!)

Anyway!--we eventually made wor way back to wor standing place near the 18 yard line and by this time the game had torned a bit ugly, with arguments with the linesman who didnt raise his flag after the ref had given a dubious penalty to Dunston at The Tea Hut End!

I will see a goal at last, aa thought, but the 'Clitheroe Kids' goalie had othaa ideas az he guessed correctly to save Connor Bell's penalty in the 70th minute! 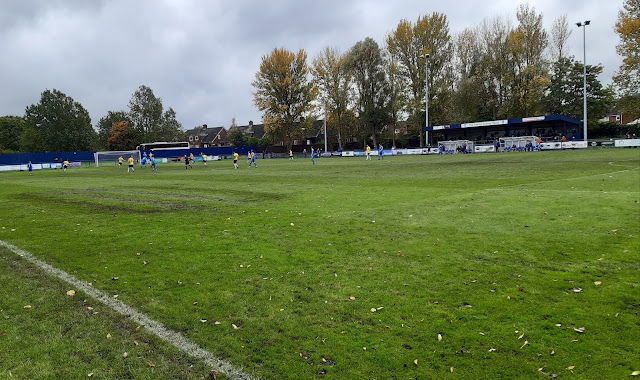 More bad tempered feelings followed and in total 8 players were booked and 1 sent off, namely Dunston's Michael Hall in the 90th minute of the game!

I half expected a fight and this happened near the dugoot on the far side from us az several players exchanged pushes and shoves in the melee that followed the sending off! (handbags at 20 paces!) 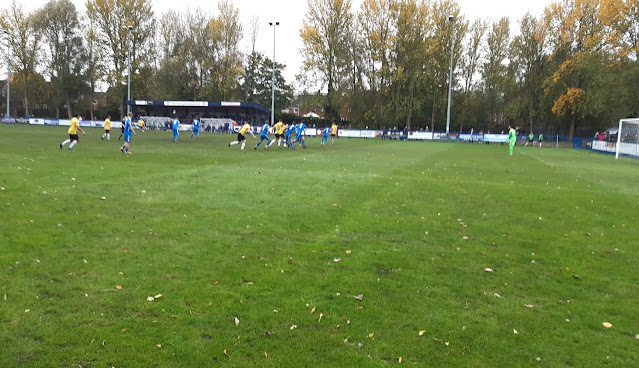 At the final whistle the players exchanged handshakes and aall the bad temper woz forgotten!

Clitheroe progress to the next stage, while Dunston's dream of a Wembley final in front of no fans, must wait for anothaa season at least! 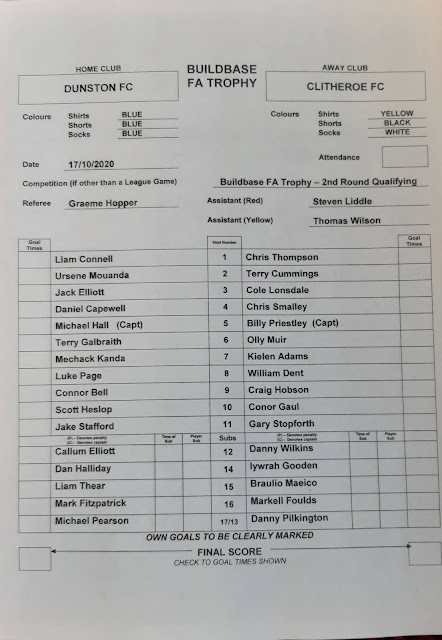 After the game we heeded back to the clubhoose and then onward to The Tudor Rose where 'The Bat Out Of Hell' virus had flown ower from China! 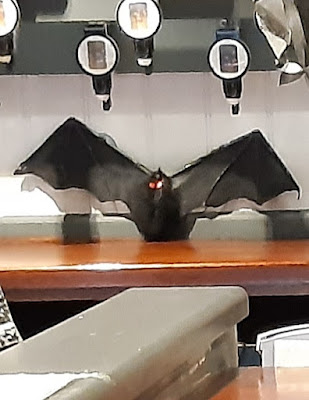 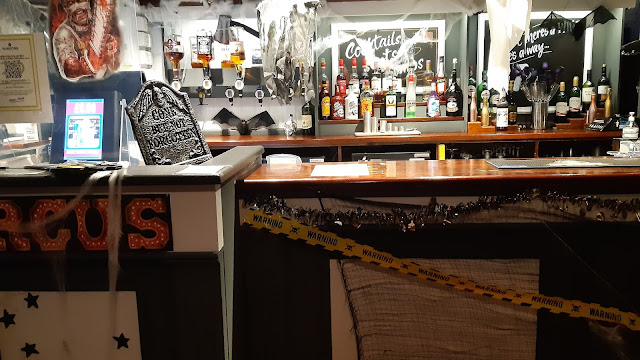 It woz then off to Rosie's Bar in The Toon via a 10 minute bus ride to watch NUFCs home game v Moan U-- a 4-1 defeat made it a day to forget!

(Match report on that game below!)

Posted by fink the mad-sad groundhopper at 12:57