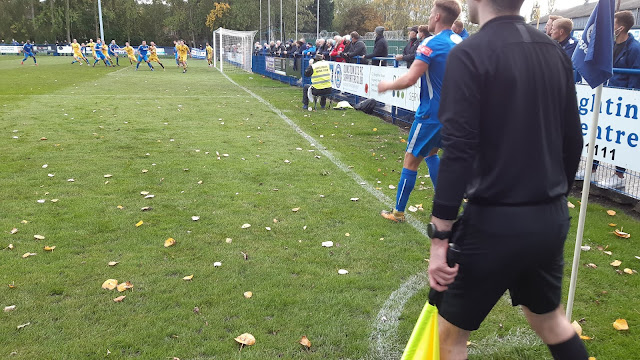 A DUNSTON CORNER AT THE 'TEA HUT END'!

Anothaa trip to Dunston's clubhoose, (possibly the last time for a while) where old friends were met, and we made the most off the last weekend before pubs are shut again next week by Boris!

After shovelling doon a few 'liquid lubrications' it woz time to heed for wor usual standing place opposite the 18 yard box!

The sequence of events on the pitch were az follows:

40th minute: Jack Elliott who had came on az sub ran doon the right to find Liam Thear who finished nicely at The Dunston Rocketless End (there used to be a tower block I  the distance which looked like a space rocket--long since demolished!) 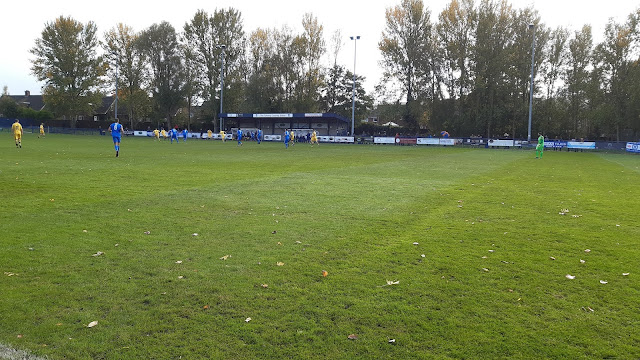 James Edgar equalised for The Cables, which brought huge cheers from the 10 or so yellow clad diehards who had made the journey to the north east from Morseyside!

Then in the 74th minute the visitors took the lead through Matty Hamilton, and it looked likely that they would score more az they were on the front foot by this time! 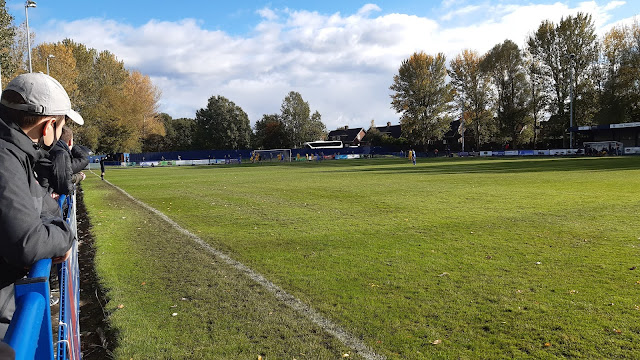 But Dunston were having non of it an an equaliser followed straight after that goal when Michael Hall fired home from a corner at The Tea Hut End!

And then the icing on the cake when Elliott hit a pile driver past Allen in the Prescot goal with just 5mins left on the clock!

This proved to be the winner in this see saw game and the visitors from Liverpoool were unlucky not to get anything from the game!

FT 3-2 to The Bad Blue Boys who gan to first place I  the table! 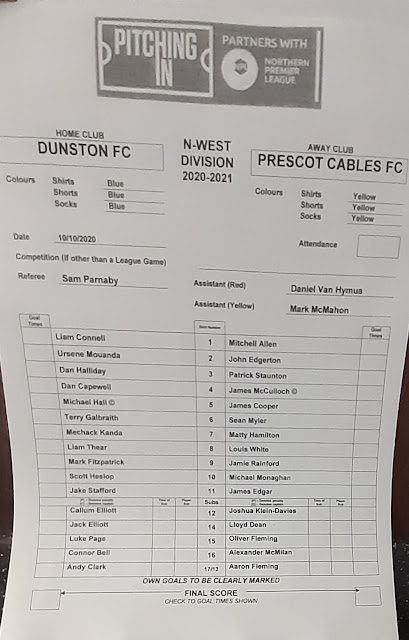 After the match we heeded to The Tudor Rose pub alang the road from the groond, where the bar staff were in a spooky mood! 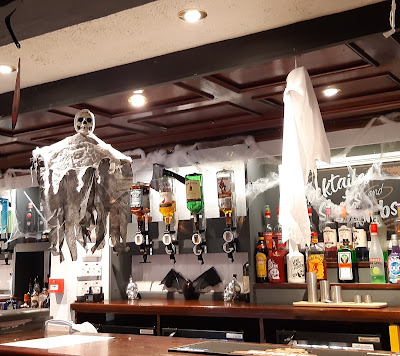 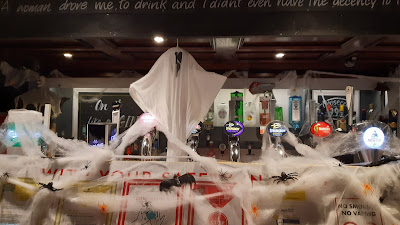 Posted by fink the mad-sad groundhopper at 11:29