Attendance in wor hoose: Just me watchin' on mee 'mobile'! 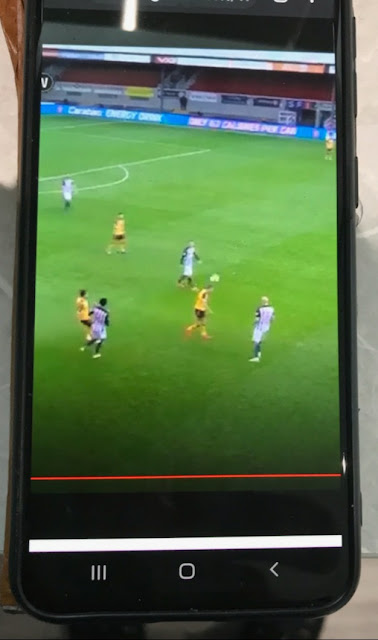 "Haz it reeely come to this!  Watchin an away game on a mobile 'telling bone'!???

"THE BAT OUT OF HELL GAME!"

Who would ever have believed that somebody eatin' a bloody bat in China would stop 'The NUFC mad-sad groundhoppers' in their tracks!

But it certainly did! and so aa woz forced to watch the game on mee mobile phone, in wor hoose, instead of visitin groond number 347 in sooth Wales!  The forst new groond of the new season!--and forst new groond a'd not been able to watch The Toon in a competitive game since missin' an FA Cup replay at Layer Road, Colchester in 1979!  (A 41 year old sequence, up in smoke!)

And so it woz with a heavy heart that aa put the website code into mee phone to watch the game unfold!

And 'unfold' it certainly did after just 5 minutes on the clock when the 4th tier side took a shock lead at 'Rodders Parade' through Abrahams, who's shot 'went through' Mark Gillespie in the NUFC goal!

It looked unlikely that we would get back into the game, az, frustratingly the picture froze several times on mee tiny mobile phone screen! (that's one reason to be 'there' in person!) 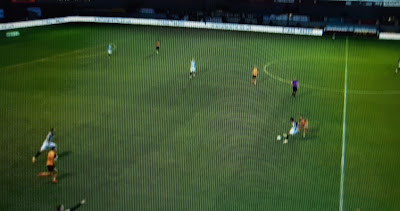 We just didn't get 'oot of the blocks' az the home side clung onto their orly lead!(deservedly!) 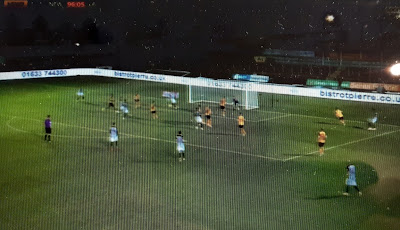 Just when it looked az though there would be yet anothaa cup humiliation to a 'minnow', up popped Jonjo Shelvey to save the day with barely 3 minutes left on the clock with a right footed screamer from a Joelinton assist!(the picture froze just before Shelvey scored, so I missed it!--seen the replay though!)

And then to a dreaded penalty shoot out to claim a place in the qwaataa finals!

Normally NUFC lose, but not this time, for apart from Joelinton's miss the othaa 5 were convorted by Wilson, Schar, Shelvey , Murphy and Saun Longstaff, while Mark Gillespie in the Toon goal saved *Ryan Taylor's shot and Newport's Branden Cooper blazed hiz 'sudden death kick' ower the bar, for NUFC to win 5-4!---We played the 'get out of jail' card and won---for a change!

*NO! NOT the Ryan Taylor who used to play for The Toon!

PS: Bizzarly, I knew we had won it a minute before we had,  az the delay time on the 'live stream' woz a minute behind and a text message on mee laptop's BBC sports page told me Newport had missed the sudden death penalty, before aa saw it, to totally spoil me enjoyment of the win! (Couldnt get live stream to work on laptop!)

Anothaa reason to be at the game 'live'!

The draw for the qwaataa finals iz later tooneet! (Thorsday)

And we will of course tell yoo just who we've got az soon az we find oot!

Posted by fink the mad-sad groundhopper at 09:53