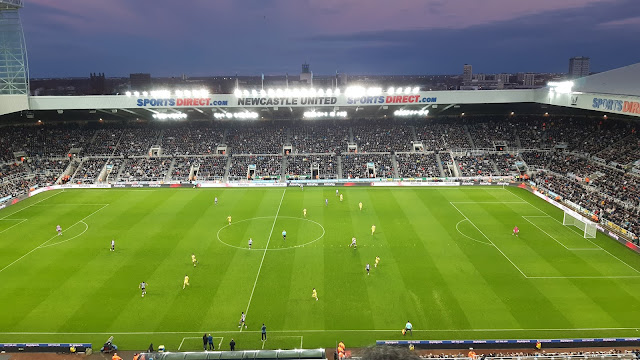 We went to this game apprehensive to just wot kind off performance The Toon would put in against Premyaa Leegue new boys Brentfaad, from west London!

Az far az attackin their goal we were excellent, havin 23 shots in total, 9 of them on target and 3 goals to the good!

However!---az far az defendin' gans, we were atrocious, and aall 3 goals conceded were through errors in wor back line!

The goal sequences were az follows:

10th minute: A Jamaal Lascelles heeder from a Matt Richie corner at The Leazes End puts us 1-0 up, but durin' the celebrations wor visitors went up the other end of the pitch and equalised though old boy Ivan Toney (it had to be!) through a bad misstayk by Karl Darlow in The Toon goal! 1-1 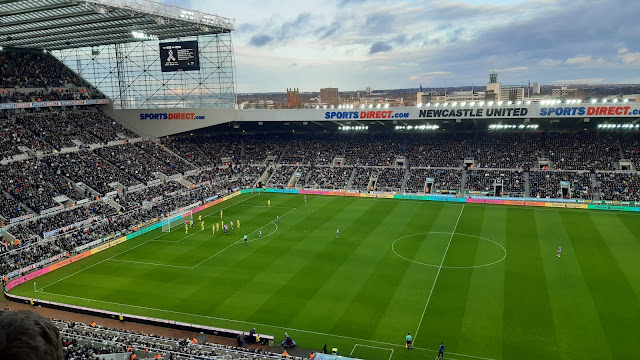 31st minute: Brentfaad then took the lead through an unmarked Henry from a far post cross, to silence The Toon fans and delight the 2,500 away fans high up in The Leazes End! 1-2

60th minute: Wor visitors retook the lead on the hour mark, against the run of play, after the unfortunate Jamaal Lascelles deflected a Onyeka shot into hiz own goal with Darlow stranded! 2-3 (meeenin that he had scored a goal for both teams!) 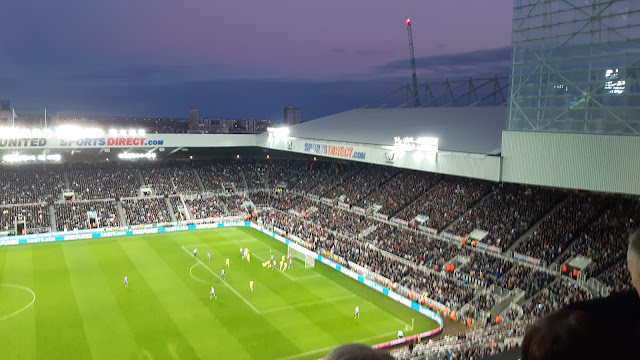 75th minute: Saint Max then rescued a point az he fired a pin point cross from substitute Ryan Fraser into the net at The Gallowgate End, to send the crowd wild! (Eddie Howe had been on the phone to assistant manager Tindall to put Fraser on just before the goal!)

Unfortunateely we couldnt find the winner with Joelinton slippin in the box to miss a great chance near the end---and so we had to settle for one point!---Nohrich's win ower Sooothampton meeenz we dropped to the bottom of the table, continuin' wor record winless start to a season ever, to 12 games! (13 if yoo included the Leegue Cup!)

Like we say!---While wor attackin woz great for a change, wor defendin' woz anything but, and Eddie Howe must somehow stop wor very leaky defence!----The sooner Martin Debravka iz back in goal the better! 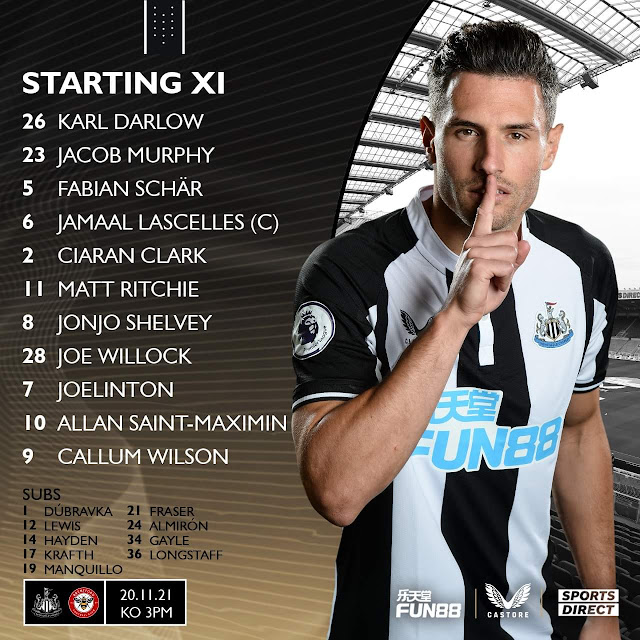 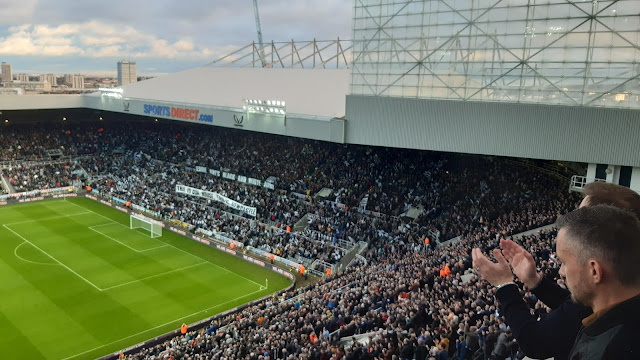 "OUR HOUSE IN THE MIDDLE OF THE TOON!" 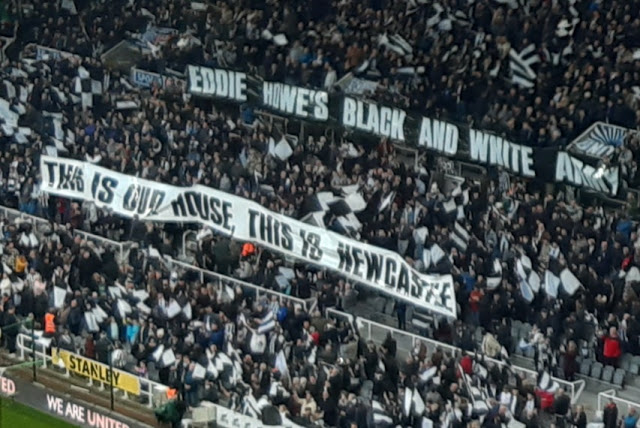 "THE SKY AT NIGHT!"
NEWS AT 'TEN'! (Sunday)
PS: Spare a thought for Toon fan Colonel Gadaffi (The one from Bracknell near Reading, NOT the one from Tripoli, Libya!)
He caught the '10:15 bells' train from The Central (station) to King's Cross in London on Sunday mornin'
He got az far az Donny (Doncaster) when the train suddenly stopped!
The train in front, a 'Grand Central' train from mackemland had broken doon in front of them!
After an hour's wait the train heeded back north to York! Where he woz told to get a train across the Pennines, az the line to London wud be blocked for some considerable time!
He got off and caught a train to Leeedz---and then anothaa to Manchester----and anothaa to London----and anothaa to Reading----and finally anothaa to Bracknell in Berkshire, where he arrived TEN HOURS after he'd left the Toon, travellin on SIX different trains in the long drawn oot process! (It's never eazy, bein a Toon fan!)
The Guiness Book of Records have been informed!
Posted by fink the mad-sad groundhopper at 12:00