"WELCOME TO THE STADIUM OF DARKNESS!" 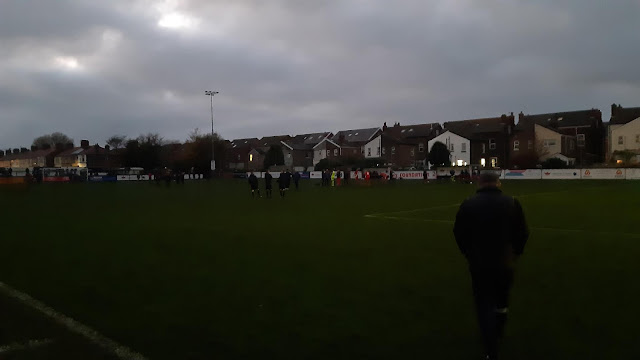 The Geordie Times haz written so many "Yi couldnt make it up!" stories aboot wor futbaall travels and this one iz near the top of the list, beleeeve yoo me!

Coz of the International break there woz nee Toon game ower the weekend and so aa decided to dee a bit of non leegue groundhoppin' with mee favorite non leegue team, Dunston!

They were playin awaay to Marine of Liverpoool in the FA Trophy and az a'd never been to their groond aa managed to 'cadge a lift' on the team bus!

An uneventval jorney, (apart from gettin stuck in a massive traffic jam on the M62 near Manchester!) and we arrived in good time for the pre match 'gargels' which took place in 'The Edinburgh' next to the groond and then onward to the clubhoose, which woz packed to the rafters! 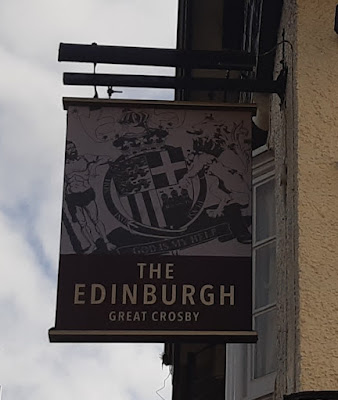 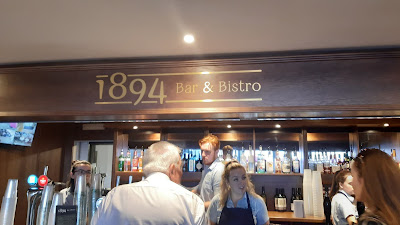 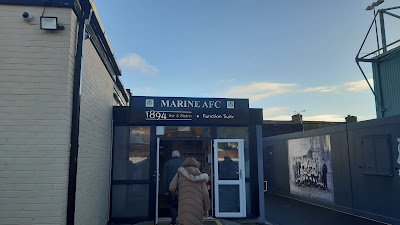 A'd met 'Davy the Silver Fox' and hiz ever faithful drinkin' partner Barbara (hiz wife!) in 'The Edinburgh', who follow 'The Bad Blue Boys' home and away and we made for the tornstiles 5minutes  before kick off, az there woz a minutes silence for those who lost their lives in conflict! ("We will remember them!") 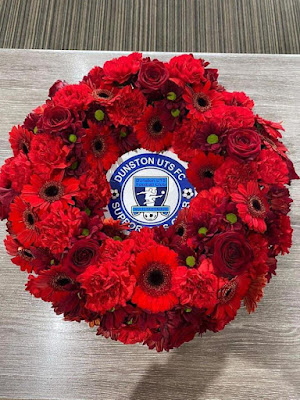 And then to the match!--because Liverpoool and Evatin wornt playin, like The Toon, there woz a very large crowd for this level of futbaall, in a groond that had its main stand behind the goal and a deed narrow covered terrace on one side and a high fence on the other in a vain attempt to stop the baalls gannin into somebodys back garden!---The numbers on the fence were so they knew where the baalls had landed and they could knock on their door and ask for the baalls back! ("Can we have our ball back please, mister!") 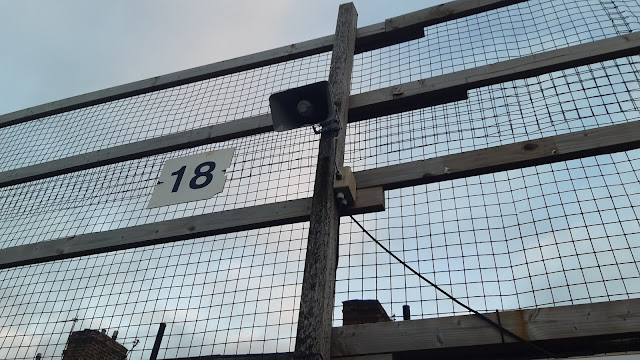 We heeded for the far end of the groond where there woz an open terrace, az Dunston were kickin' that way in the forst half! 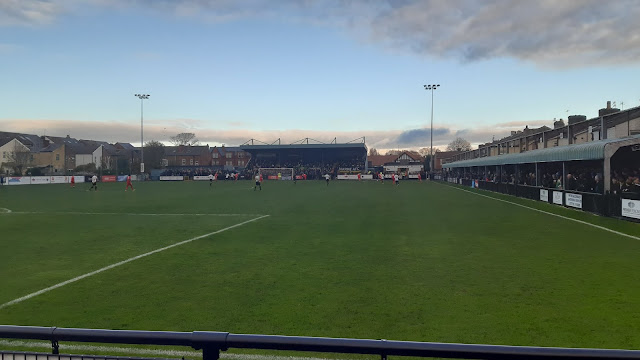 It wasnt a very good half to be honest and the 'highlight' woz a big green balloon that the local kids had brung to the match, which blew onto the pitch!---A crowd steward picked it up az the kids asked for their balloon back, but the b*stard burst it instead, to loud boooos from them!

It shud be noted that 'The Bad Blue Boys' played in an aall red kit, by the way, while Marine played in white shirts and black shorts!

Anyway!---the 2nd half started under the floodlights az it woz gettin dark and 4 minutes later they went oot aall of a sudden!

After a while the ref took the players off the pitch and by amazin' coincidence the Dunston number 4 Phil Turnbull woz a 'sparky' (electrician!) and he frantically tried to fix the lights!-----It then went 'viral' with the BBC and Sky Sports reportin' it! (Surely yi couldnt make THIS up!?)

The ref gave a deadline of '5 bells' for the lights to be fixed, or else the game would be abandoned! (Davy and Barbara had to catch a train and couldnt wait for the restart)

Apparently, The Dunston player could anly fix one of the lights despite frantic efforts!---Az he had'nt brought hiz electricians tool box with him to the match (believe it or not?) it took another local 'sparky' Marine fan to help him dee it, az he lived just doon the road!--The chairman of Marine gave him a lift to pick HIZ toolbox up from hiz hoose at '4:45 bells'! (It get crazier every minute folks!)

A miracle then happened az aall the lights suddenly came on, with loud cheers from the fans who had patiently waited in hope that they could be fixed!

The game restarted at '5:05 bells' and the delay seemed to put Dunston oot of their stride and they conceded 2 goals in quick succession from Wignall and Reilly and the game looked dead a buried! 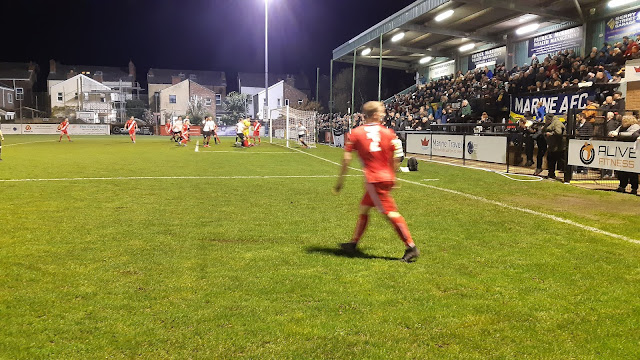 But 'The Bad Blue Boys' are made of sterner stuff and fought back with goals from Sado Djalo and Lee Mason to send the game into penalty kick mode!

Unfortunately for 'us' Marine won it by 5 kicks to 4, az the game ended at '6 bells'----3 hours after it started, which makes it the langest game av ever been tee, from start to finish! 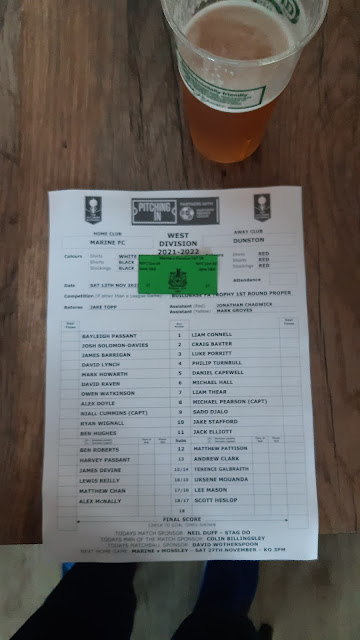 Team sheet and green match ticket---proof that 'we woz there'!

Attendance: 1,202 (a few from Dunston + quite a few watchin' on from their back gardens and hoose windows!) 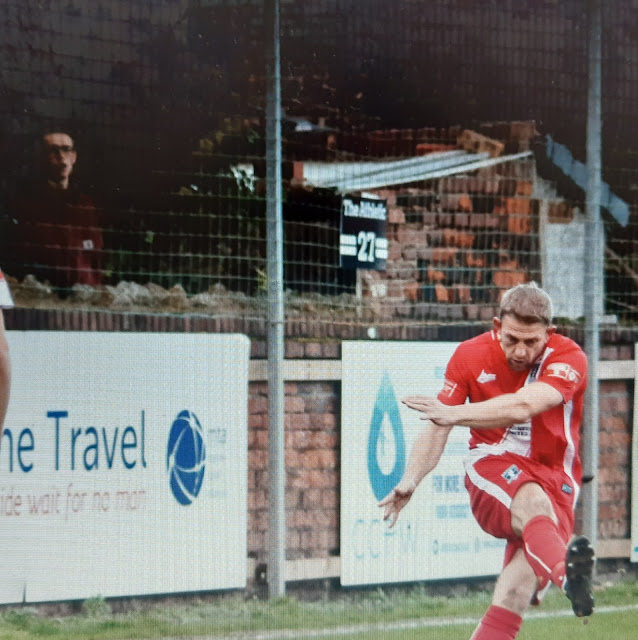 The 'sparky' in question got some stick on the bus back yem for forgettin' hiz toolbox and nee doubt he will have it on the next away trip!---JUST IN CASE! 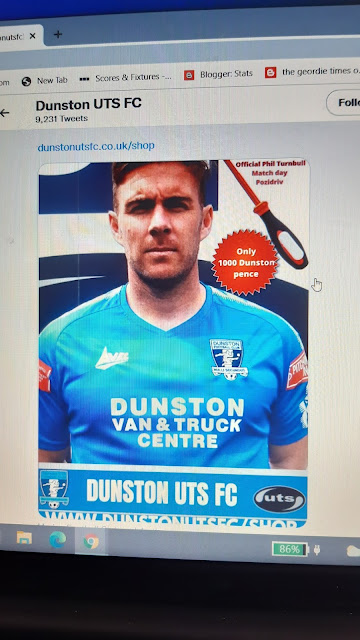 Fans in the crowd put their phone lights on and people in the hooses that surroond the pitch put their spotlights on, in a frantic effort to get the match restarted! 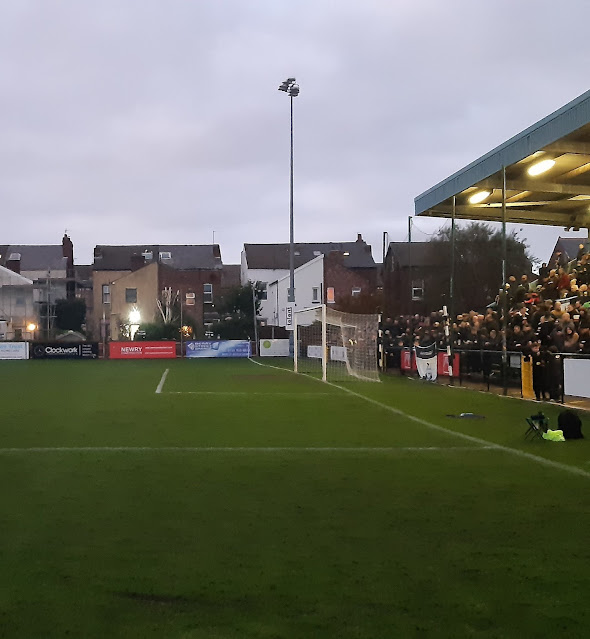 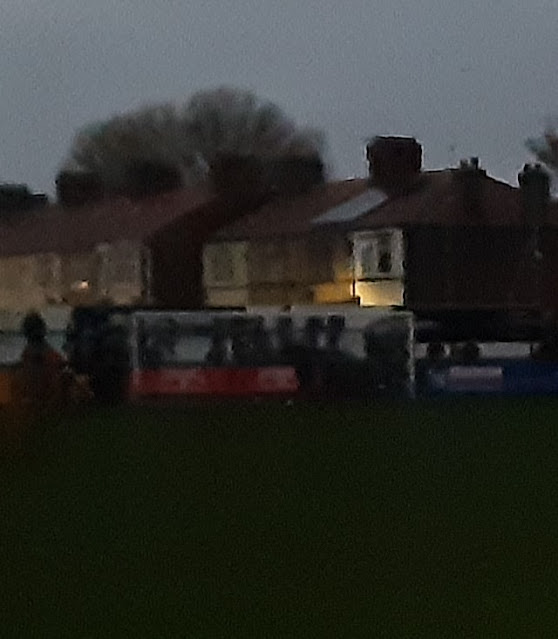 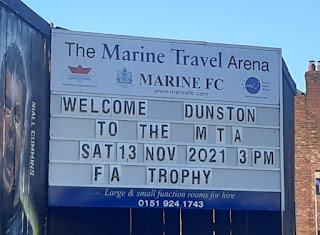 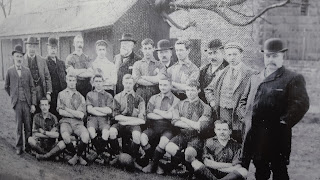 A MARINE TEAM PHOTO FROM THE 1890s

Updated on Munday from the national press!

Posted by fink the mad-sad groundhopper at 11:57