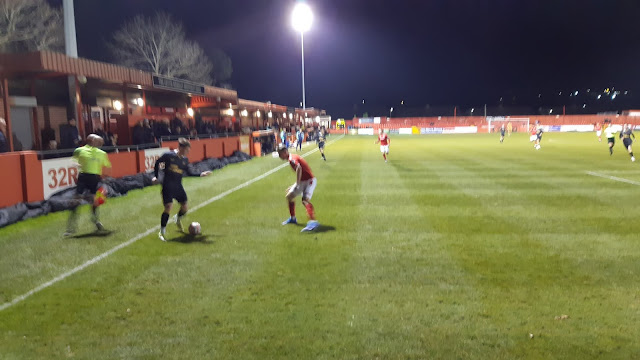 "ELLIOT MAKES AN IMPACT AT THE IMPACT ARENA!"

4 of us travelled doon in Biffa the Beer's 'jam jar' and after a 2 and a half hour jorney we parked up in a street near the groond and heeded for the nearest boozer which woz caalled 'The Victoria' which woz within hocklin' distance of the tornstiles! (The othaa 2 travellers bein' 'Glennn from Ashington' and 'Blondie Alan the Morris Dancer'!) 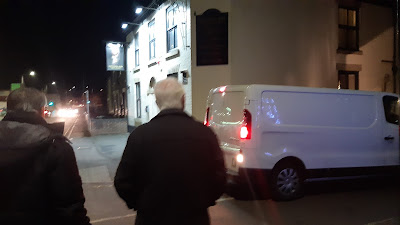 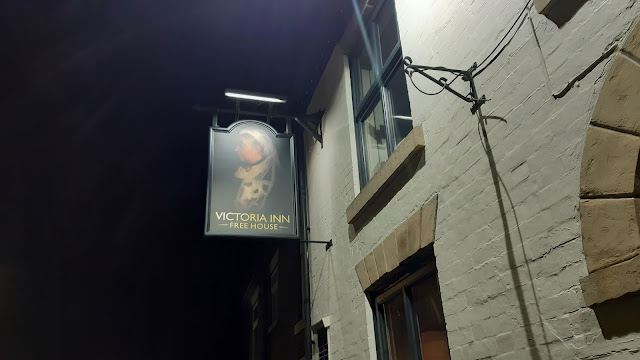 After a couple of 'gargels' it woz time to heed for the groond where the clubhoose woz open---and so!---az yi dee!---there woz time to get somemore 'liquid lubrication' with 'Alex of St. George' (who had travelled doon by train) and we took wor pints onto the terrace behind the goal, at the end where we were kickin in the forst half! 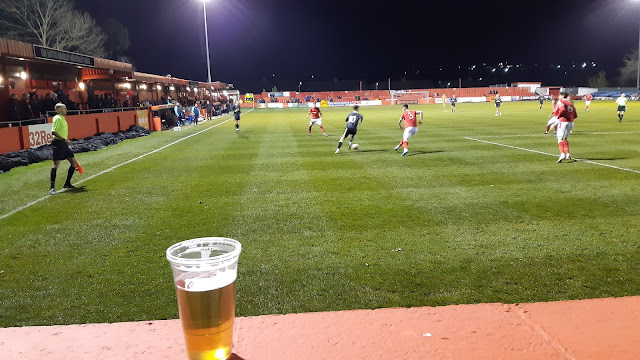 The Toon sported wor 'aall black' change kit and it didnt take lang for the forst goal, when the Toon's Joe White woz fouled in the box and the ref pointed straight to spot in the 4th minute!

Up stepped Elliot Anderson to fire home to put wor U23s 1-0 up! 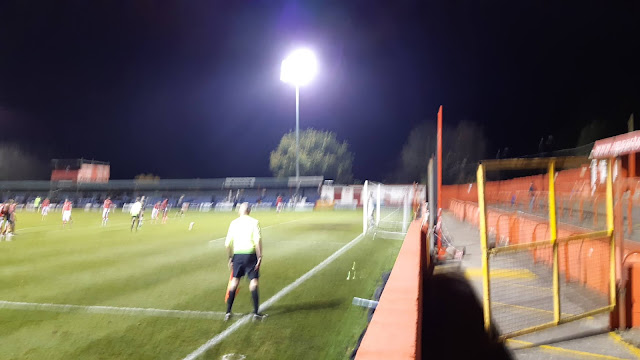 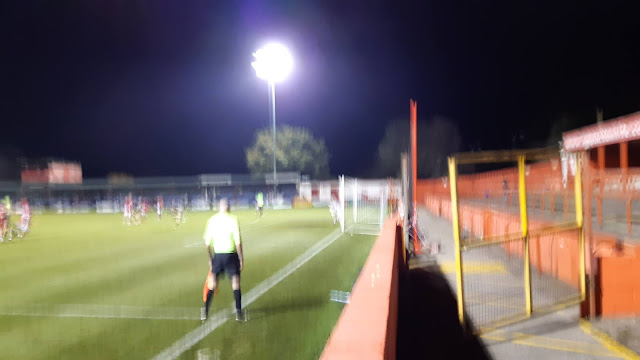 And then the real 'game changer' just 8 minutes later when their goalie handled the baall ootside the box and woz duly sent off to put them doon to 10 men!

It woz aall 'one way traffic' after this and we got into a conversation with a lassie beside us, who told us wor number 7 Jay Turner-Cook woz hor 17 year old son---and he woz havin a canny game!

Despite several efforts on the Forest goal we couldnt increase wor lead and went in 1-0 up at the break!---It woz then a 'mad-dash' back to the clubhoose, where a steward told us that beer wasn't allowed on the terraces at Forest games, but WOZ at Alfreton games???? (he hadn't seen us take wor pints onto the terraces in the forst half!)

So we drank this one inside the confines of the bar durin' the half time interval!---more ridiculous rules that some idiot(s) had made up! 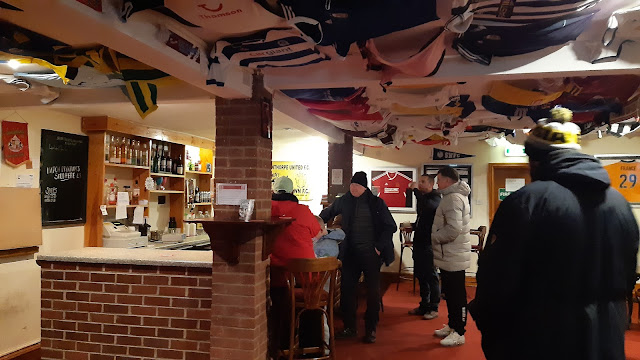 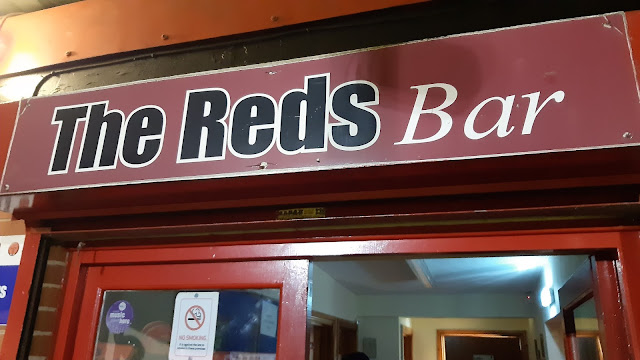 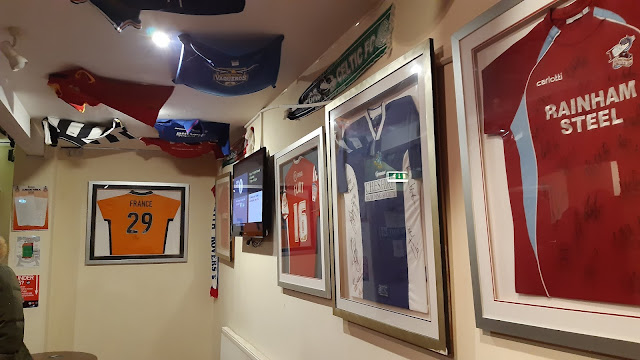 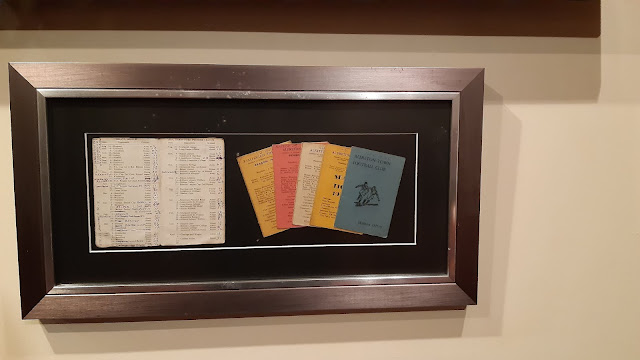 We swapped ends for the 2nd half and stood behind the uncovered red seats behind that goal.  Goal number 2 came in the 6th minute of the restart when a cross by Niall Brookwell foond Anderson and he fired home for hiz 2nd goal! 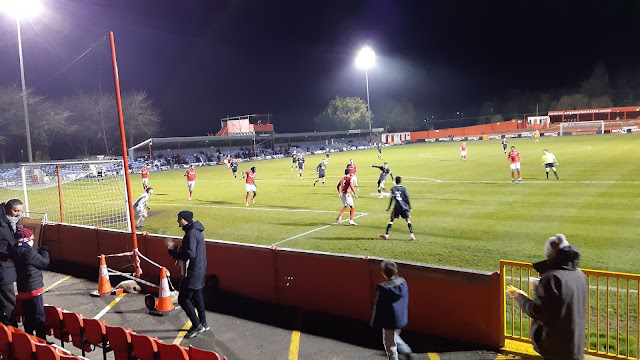 It woz aall ower az a contest in the 71st minute when a misstayk by a Forest defender let in Anderson again to force the baall home for hiz hat-trick to light applause from the travellin faithful! 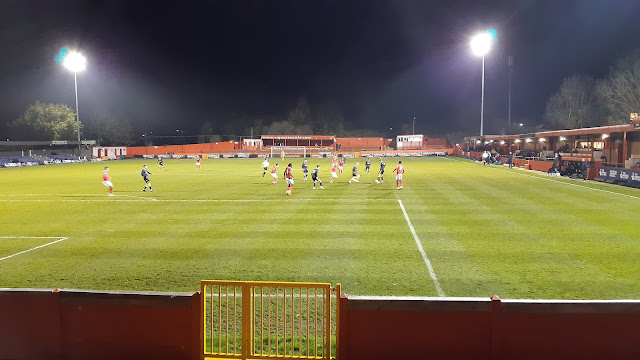 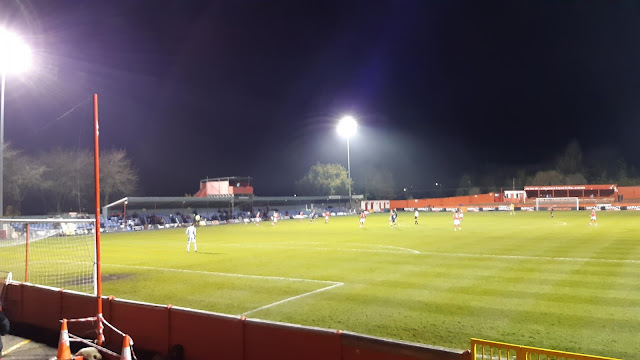 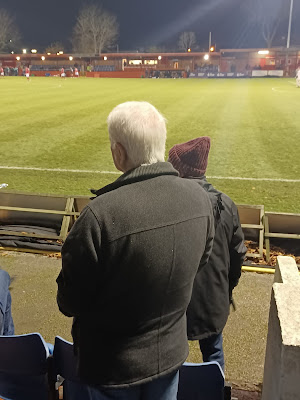 'The Friar Tuck Mob' scored a consolation goal near the end through Salmon, but it woz aall ower by this stage!

NUFC mad-sad groundhopper 'Dave from York' then made an  appearance to make it 6 who had travelled south!-- (hiz 299th groond, he told us!) (the othaa 10 or so Toon fans we saw, we assumed, lived in the area, az we didnt recognize them!) 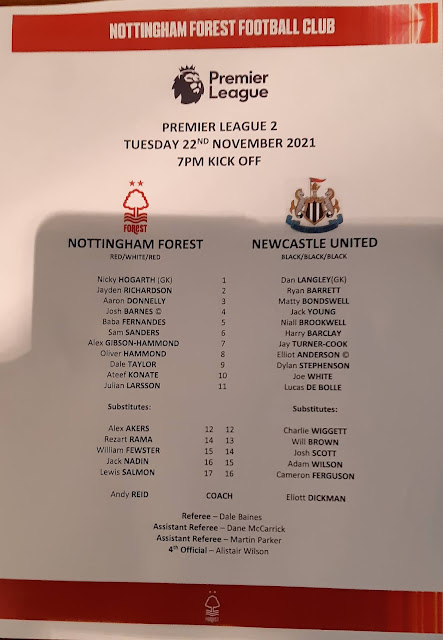 It woz an uneventful jorney back up the M1 and we were back on Tyneside just before 'midneet bells'!-----Anothaa one off the 'never endin' list' of new groonds!

Posted by fink the mad-sad groundhopper at 12:05