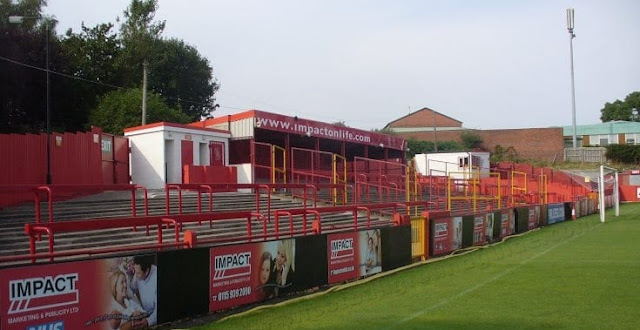 THE IMPACT ARENA, AKA NORTH STREET, ALFRETON
*'The NUFC mad-sad groundhoppers' are off on wor travels again to visit a new groond where we have never played!  It's The Impact Arena in Alfreton, north Derbyshire where wor U23s take on Nottingham Forest U23s in a '7:00 bells' kick off!
It's the home of Alfreton Town who play in the National League North (The same leegue az Gatesheed---Level 6 in the futbaall pyramid) This will be the 12th groond currently in that leegue that 'The mad-sad groundhoppers' will have visited to watch a NUFC team! (providin' we get there and the game isn't postponed for some reason!?)
Admission iz 'a fiver' for 'big kids' and £3 for sprogs and zimmerframites! (like me!)
4 of us are settin off this afternooon and we shud arrive in good time for some 'gargels' in a nearby boozer (thats if there are any near the groond?) The roond trip iz aroond 300 miles from Tyneside!
Just like wor forst team, wor U23s are winless in their last 5 leegue and cup games and are currently 6th in the Premyaa Leegue 2 table, while The Friar Tuck Mob from Nottingham are even worse, havin not won in their last 7 games! (9th place! oot of 14 teams)
A full Geordie Times match and boozer report on the game will appear here sometime tomorrow! APY "Watch this space!"
"WHO AM I?"
In other news, Moan U have sacked Ole after their humiliatin 4-1 defeat at Wotfaad and we naa the PERFECT man to replace him!
1: He iz a Moan U legend!
2: He lives near Manchester and haz done so for many years!
3: He iz currently unemployed after pickin up a FAT severance pay check of £8 MILLION from hiz previous club!
4: He haz ower 20 year experience with numerous clubs az a manager and haz 1,000 games under hiz (FAT) belt, in that role!
5: Hiz favorite sayings in press conferences are: "Keyboard warriors", "There's a mole in the camp!", "Are you callin' me a liar?" and "How's the bacon, did you say?"
The answer iz below--- Don't look doon---just guess?---nee cheatin'!
* 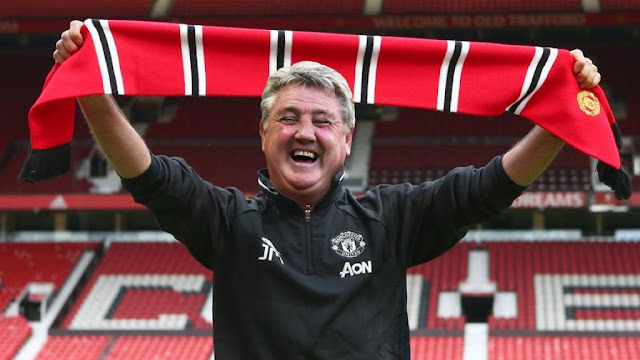