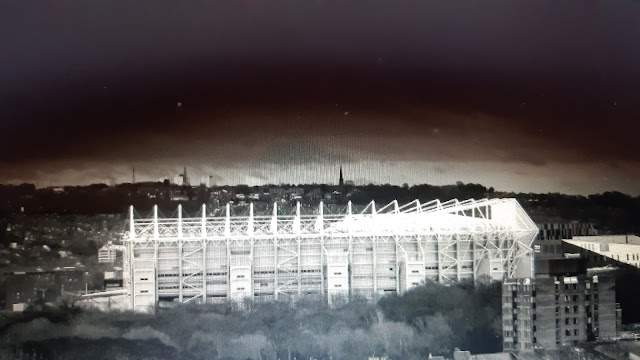 Wor home game v Sheff U could be moved to midweek to allow fans to attend
Forst of aall, Fulim's game away to The Villa on Saturday week haz been moved to Sunday!

Crucially, whereas they were playin before us originally and could have pushed us into the relegation zone if they won, now they play after wor home game v Sporz on Sunday week (wors '2:05 bells' ko--theirs '4:30 bells' ko), which gives NUFC yet another chance to pull clear of them, IF we can somehow win!?

Sporz have had an indifferent season , so we have another 'throw of the dice' in this horrible run of just 2 wins in 20!

Both Allan Saint-Maximin and top goalscorer Callum Wilson are back in trainin' and hopefully they will both be fit to start against Sporz! 🙏

The other breaking news iz that 10,000 fans are to be allowed back into stadiums for the last 2 games, including 1,000 away supporters! (Alledgedly?)

This meenz that 9,000 Toon fans could be present in wor last home game v Sheff U, which would be moved to a midweek date and 1,000 away to Fulim in wor last game of the season!

More on aall this later!