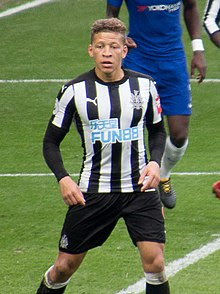 If anything, this shows the clubs thoughts of escaping the drop! Gayle has made just 2 starts this season and has been an unused sub on several occasions! He is 31 and at best iz a Championship striker and simply not good enough for the Premyaa Leegue!

The message from the hierarchy IZ, Championship futbaall next season is more likely than not, so we are makin contingency plans for that scenario aalready!

And this from a club that iz still 2 points clear of the drop zone with 9 games to gan!

DO YOO GET THE MESSAGE?

Posted by fink the mad-sad groundhopper at 15:09