ONLY AT THE NUFC COMEDY CLUB!🥳 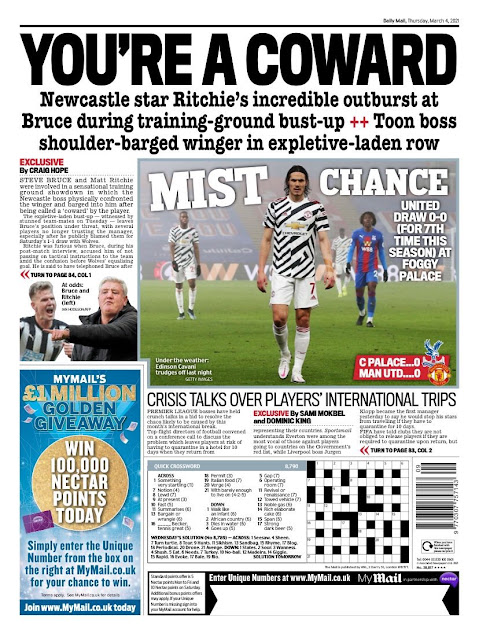 News from The Daily Mail that a massive bust up between Matt Richie and 'In Denial' Bruce, happened at the trainin groond on Tuesday, when Richie caalled Bruce a coward for blaming him for not passing instructions on, which led to Wolves equaliser last Saturday neet!

Bruce then barged Richie in retaliation, which amazed and shocked the other players present!

Bruce said to him, "After all I have done for you!", in which Richie replied, "You've done F*CK ALL for me!"

Many players are unhappy that Bruce iz naming and shaming them in public and not doin' it behind closed doors!

Goalie Karl Darlow anly foond oot he woz dropped in a newspaper report, 2 days before the Wolves game, az Bruce publicly blamed him for one of the goals in the defeat at Man U!

Something will have to give very soon or else aall anarchy will break loose! 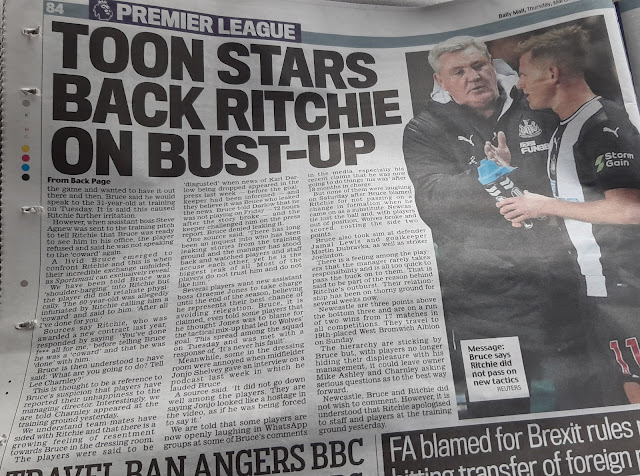 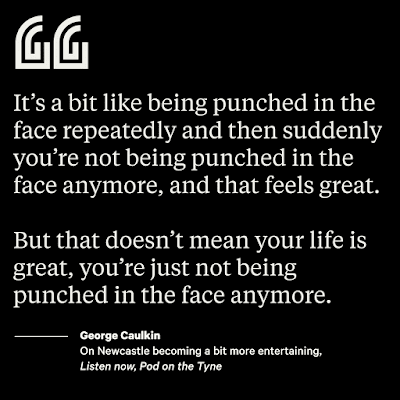 Posted by fink the mad-sad groundhopper at 01:21