IT'S NOT A LEVEL PLAYIN' FEEELD! 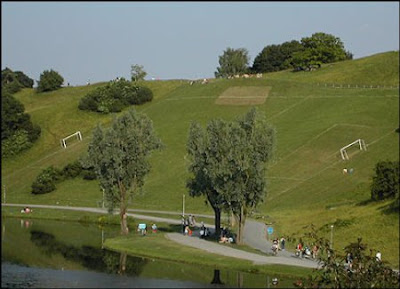 *10 of the 20 Premyaa Leegue clubs can let 2,000 fans into their stadiums under the Tier 2 rule, while those in Tier 3 (includin' NUFC) must continue to play in front of empty seats!

Just why the north east iz in Tier 3 with lower rates than some parts of London, which haz been placed in Tier 2, iz beyond us here at 'The Geordie Times'? (ie: Boris'z London mates get the cream, while we get the sour milk!)

Of course its great that fans are allowed back in, but it shud be for AALL 20 clubs and not just the south and Liverpoool! (Plus those in the lower divisions az well, of course!)

Liverpoool, who are in Tier 2, which iz just 30 miles from Manchester in Tier 3, will have an unfair advantage, az will London clubs fightin relegation, like Fulim and Palliss ower those in the higher tier!

It's farcical!---everybody in Ing-er-land shud be in the same tier!

And from a neutral point of view!

And az for the poor pubs and clubs in Tier 3---how many will survive, with a possible lockoot til March next year?

There are 4 pubs and clubs in The Toon which I used to drink in, but have never reopened since the forst lockdoon last March---Namely, The Bodega, The Star, The Monkey Bar and The Leazes End Club (aka The Companions Club) SO just how many more will 'bite the dust' before NEXT March, I ask meesel?

Of course 'the bat out of hell' pandemic must be brought under control, but if people from Manchester, for example, can jump on a train to Liverpoool for a pint of 'liquid lubrication', less than an hour away, then it surely will get worse, and defeats the daft 'Tiers' system!

Even the 'elite' non leegue futbaall scene in the north east haz been decimated, with clubs in 'step 2' of the futbaall pyramid, like Gatesheed, Spennymoor, Blyth and Darlo, unable to let fans in, even though gates are very low at these clubs!---How many will survive this, if the lockoot continues?

In othaa words we shud aall be in the same boat, and NOT give preferential treatment to London, Brightin, Sooothampton and Liverpoool etc!----It will aall end in TIERS for certain!😭

Teams in GREEN can let 2,000 fans in---
while those in RED must play behind closed doors!
Posted by fink the mad-sad groundhopper at 12:00