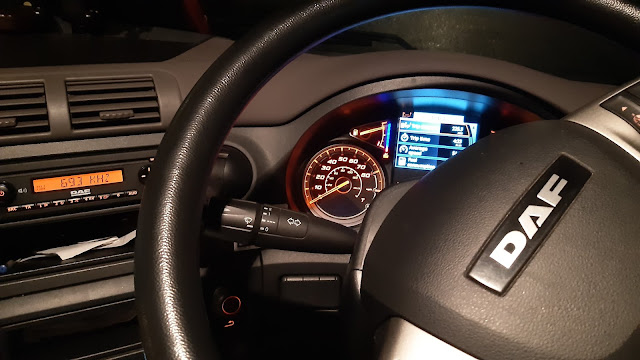 "HOW LUCKY AM I?" (Diary of an NUFC fan/trucker)

'High noon bells' Munday 21st: I'm off work on Tuesday so that I can watch the Toon on mee laptop v Brentfaad (Me normal hours clash with the kick off time of '5:30 bells')

I get a phone caall from work at 'high noon bells': Gaffer: "Agency havvint got any drivers to cover your shift tomorrow!" Can you do shift and we will give yoo an extra 2 days holiday?"

"OK, but can I leave earlier than normal, so that I can watch the match on mee phone at Redditch?", I asked

Tuesday 22nd: Got to Redditch just before '5pm bells' and opened the wagon curtains so that the fork truck driver could tip and load it!

In desperation aa put the truck's radio on to listen on Radio 5 live!

Not good news az Brentfaad were 'aall ower us' and had hit the bar!

After repeated attempts to get a picture, the screen burst to life and I could now watch the remainder of the forst half!----But then disaster struck again, just before half time, when the bloody picture froze!

I decided to 'give up' and listen to the commentary of the 2nd half on the radio, az I drove back up the M42 motorway!

We were now playin reely badly and Brentfaad were by far the better team! By the time I reached the M1 north, we had a total of FOUR strikers on the pitch at the same time to try and get a goal back (Wilson, Gayle, Joelinton and Carroll) and the commentator said, "Newcasil have got 2 five a side teams on the pitch in opposite ends!"?

It didnt work (of course!) and az aa passed East Midlands Airport the ref blew for full time and wor 'dream' of a Wembley final woz ower yet again! (A 'dream' of watchin' it online!)

One of the most damnin' things woz that we had put oot a virtually full strength team, while Brentfaad had made 5 changes from their previous Championship game!

One of Bruce's excuses: "It would help if I had another centre half and could put Issac (Hayden) into midfield!"

(* We have one on wor books Steve, he's caalled Florian Lejeune and iz on loan to Spanish club Alaves!)

And another 'famous' Bruce quote, "We'll just have to dust ourselves down and carry on!" (ie: "What a 'Carry On'!") 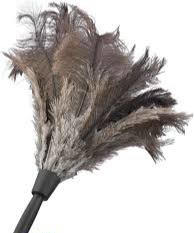 A LORRY LOAD OF THESE WERE DELIVERED TO
THE BENTON TRAININ' GROOND TODAY!

So there we have it!---another dreadful and abysmal performance and I missed watchin' most of it! 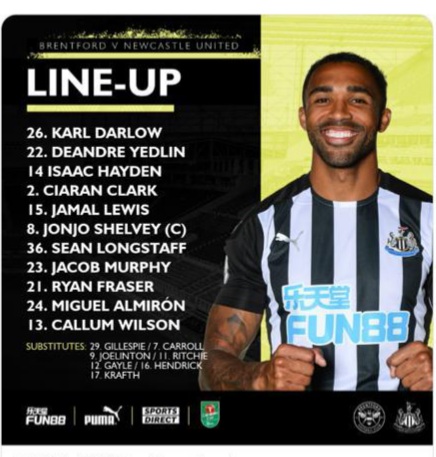 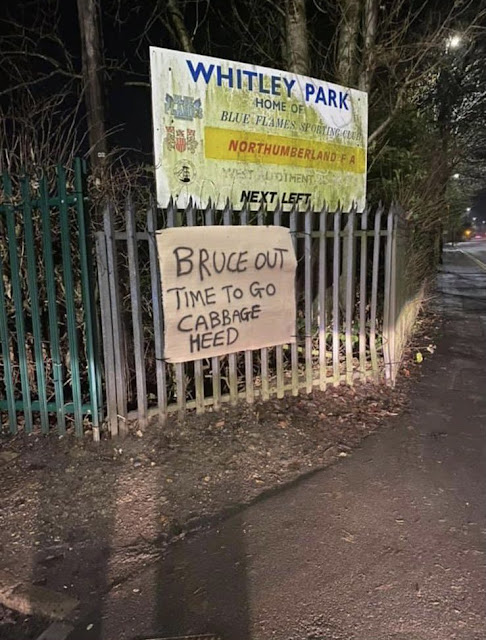 SOME WHERE NEAR NUFCs TRAININ' GROOND LAST NEET!
Posted by fink the mad-sad groundhopper at 12:03