THE STING IZ IN THE 'TALE'! 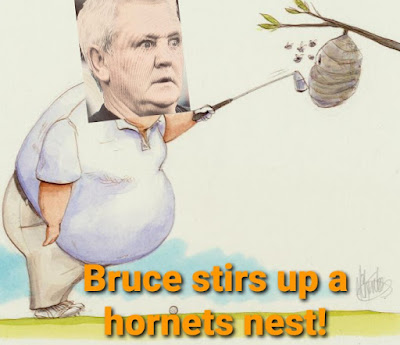 Az those of yoo who read 'The Geordie Times' on a regular basis will know, I am a truck driver!

The one thing I have learned ower the years iz that yoo don't under any circumstances, upset the fork truck drivers who tip and load your wagon!

To do so will meen that the next time yoo gan to that particular place again the fork truck driver in question 'will do a disappearing act' and yoo will be left cursing that yoo can't get tipped or loaded quickly!

The same thing can be said for wor manager 'Broken Nose Bruce' who has 'stirred up a hornets nest' and accused Toon fans of *'histrionics' and  'mass  hysteria' ⬅️(the same things he accused sund'lind and Villa fans of!) ower the shocking performances that we have had to witness on wor TV screens and laptops in the last few weeks!

Just like the fork truck drivers, if yoo upset and argue with your own fans, then there iz 'nee way back' and ultimately there iz anly one loser!---'Broken Nose Bruce' in this case! (ie: He haz crossed the line!)

He is very lucky indeed that nee fans can attend games and tell him exactly wot we 'fink' of hiz 'park the bus' tactics!

NUFC fans are the lifeblood of the club and to accuse us of 'mass hysteria' etc, iz ridiculous and insultin' and the sooner old 'Broken Nose' departs 'NE 1' the better!😬 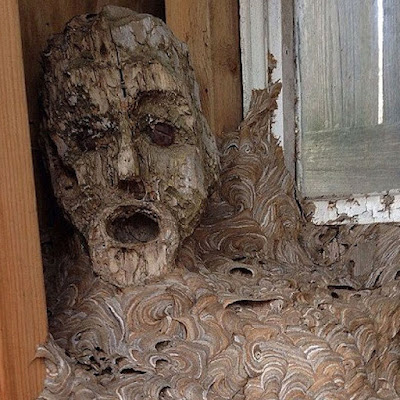 This iz wot happens when yoo disturb a hornets nest, Steve!
PS: Bruce's latest rants:
"We are where we are!" (?)
"We need to shut a few people up!" (The fans who he can't hear, coz we can't gan!--we presume!)

Posted by fink the mad-sad groundhopper at 12:37