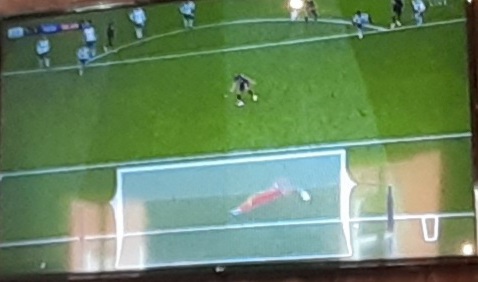 A totally one side forst half ended with Sporz bein 1-0 up instead of 4 or 5 az they hit the woodwork twice and if it wasnt for Karl Darlow's heroics in goal, where he made some blindin' saves, then it WOULD have been much, much worse!

In total contrast at the othaa end we didnt have one shot on target and just 2 wide shots in aall! 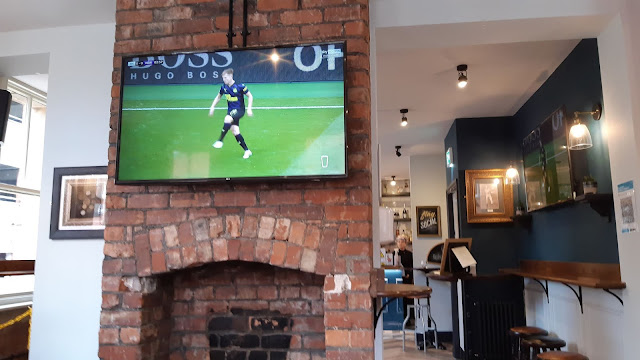 VIEW FROM TABLE 49 IN ROSIES BAR!

Amazingly, it took the home side 25 minutes to open their accoont when Lucas Moura sidefooted home from close in from a Harry Kane cross---and it looked like the floodgates would open, but the woodwork and Darlow had othaa ideas! 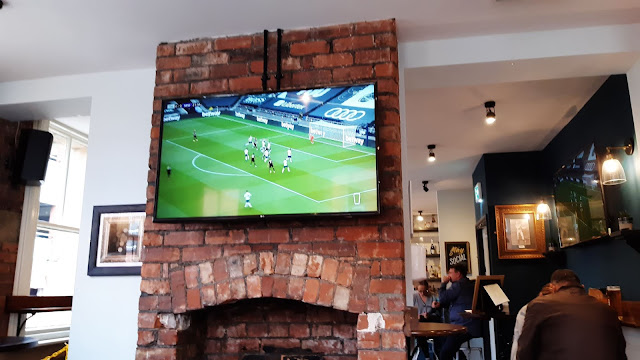 A RARE TOON ATTACK DURIN THE FORST HALF!

NUFC played a little bit better in the 2nd half but still nee shots on goal---UNTIL!---a crazy VAR decision in wor favour gave us a penalty in the 97th minute!---After a lang wait to check for offside and to see if it woz a handbaall by Eric Dier--- amazingly it woz given, even though Dier had hiz back to the baall and therefore couldnt see it!

Callum Wilson stepped up to take it and he put hiz shot to the left, with Sporz keeper just unable to stop it from gannin into the net!

This brought huge celebrations in Rosies Bar, where the Toon faithful were assembled!---"V-A-R MY LORD!--V-A-R!" 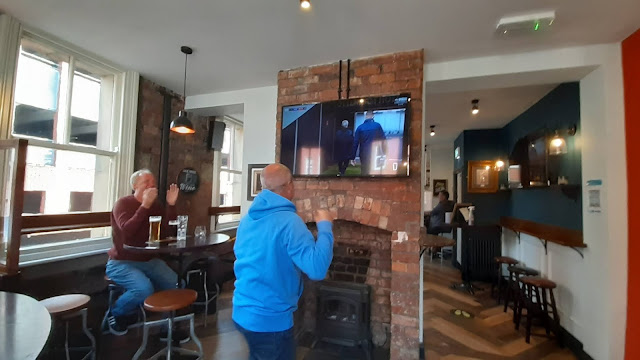 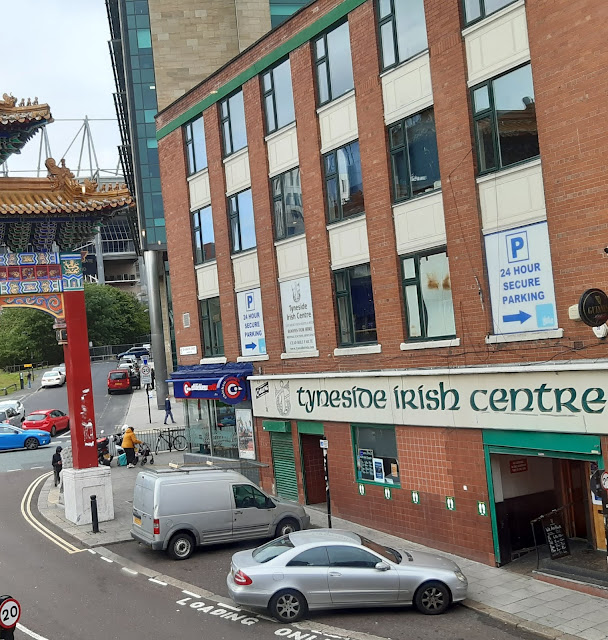 A GLIMPSE OF ST. JAMES' PARK THROUGH THE
CHINESE ARCH FROM UPSTAIRS IN 'ROSIES'!