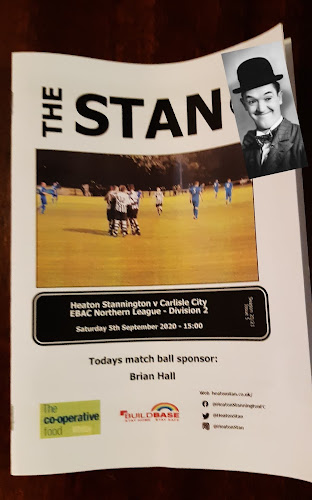 Coz we couldn't gan to watch The Toon v Stoke at SJP, we heeded for the east end of Toon to watch Heaton Stannington play Carlisle City in a Northern Leegue encoontaa!

Originally we had planned to gan to Scotswood in the west end of Toon, to watch Blue Star play Winlaton Vulcans in The Northern Alliance, but the game woz a complete selloot with a restricted capacity of 300! 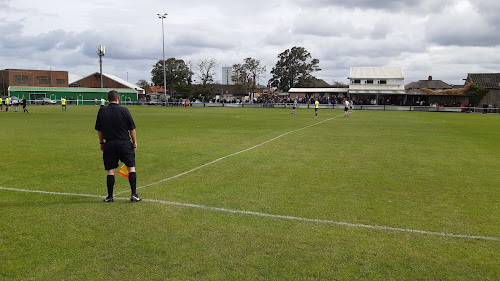 There were aboot the same number at Heaton, which iz aboot double wot they normally get, thanx to the 'lock oot' at St. James'! (4 of us present were NUFC season ticket holders!)

The clubhoose woz deein a roarin trade and a pint of 'White Rat' woz consumed az soon az aa could get mee hands on it!

'Stan' play in black n white stripes, az do Blue Star and a certain othaa team who hail from NE1 ! 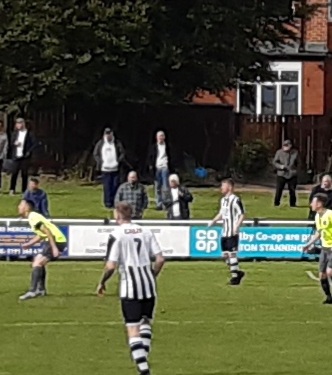 'Stan' took the lead orly on when CHUF hit a shot which took a wicked deflection, leavin Carlisle's keeper stranded! (eh!--it shud be noted that aall the Heaton players had 'CHUF' on the back of their shirts!---they aall must be related?) 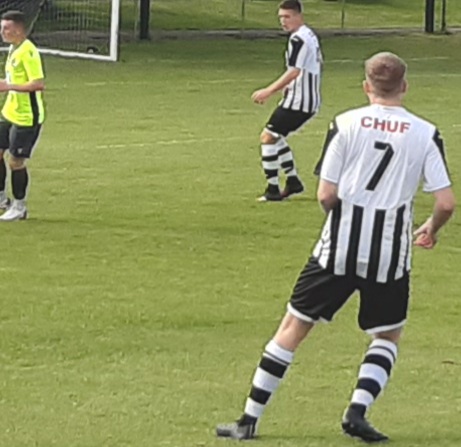 It woz a canny game with the home side on top at the beginnin', but the visitors from Cumbria wouldn't give up and eventually equalised orly in the 2nd half when 'mystery man' heeded home from 1 yard oot (they had numbers but nee names and aa couldn't make oot just who had scored for them?)

It shud be noted that the Carlisle keeper made some excellent saves and they could have won it at the death when one of their forwards missed an open goal from 2 yards oot!

One of the quirks of this groond iz that the surrounding hooses back onto the grass bank behind the left hand goal and opposite the main stand and clubhoose! 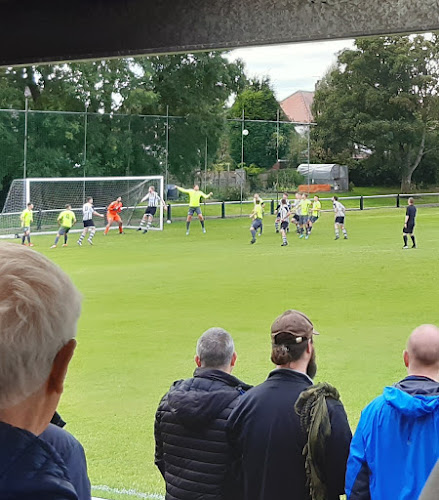 GREENHOOSE NUMBER 'ONE' IN THE FAR CORNER

There were TWO greenhooses on the grass bank and one green fingered gardener woz tending hiz tomato plants az the game progressed! (Honest!) 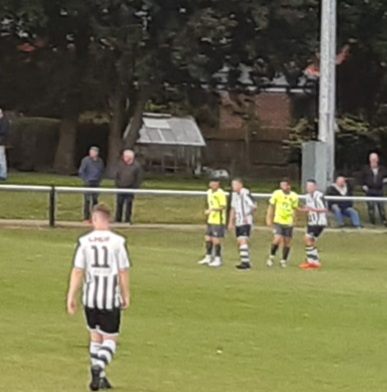 At half time a'd went back to the clubhoose for some more 'White Rat', but they had sold oot of that and othaa beers and anly had one choice left---'Catzpsss'(or whatever it woz caalled?), which of course aa got before THAT selt oot!

"We didnt expect that many to come!", said one of their committee men---"We've had a great day and a great crowd!" (258 actually+1 green fingered gardener!)

This woz the one added 'bonus' for them, az 'we' wornt able to watch The Toon and instead, spend wor cash there! (There were quite a few Toon fans in attendance coz of the lock oot 2 miles away!)

A canny day oot at 'Stan', but to spoil it of course NUFC had lost 1-0 to Stoke at SJP! 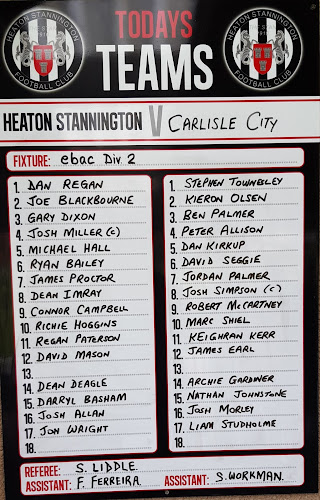 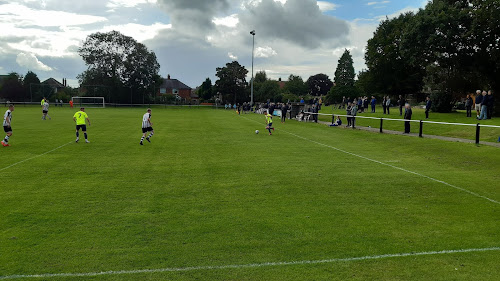 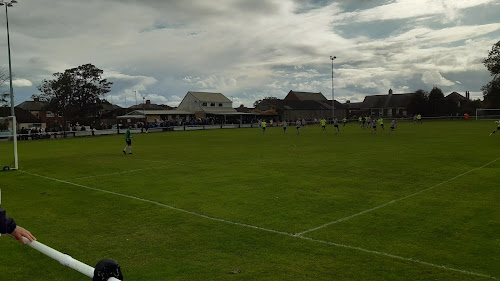 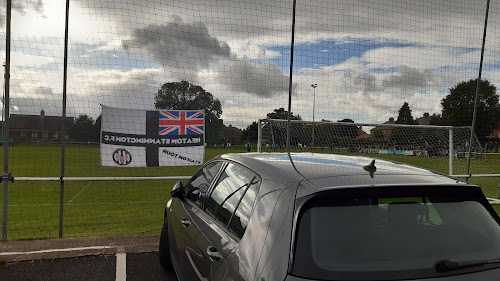 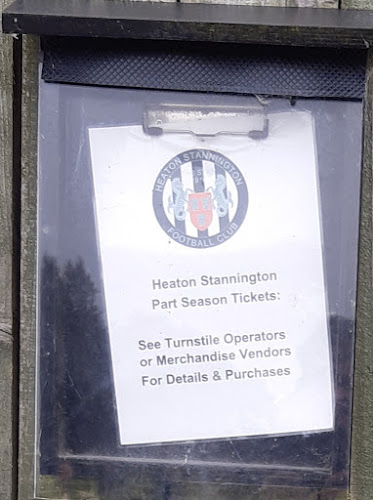 Posted by fink the mad-sad groundhopper at 19:45