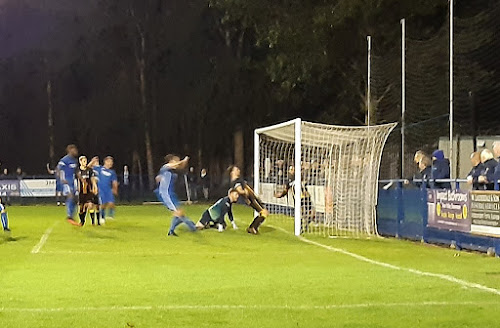 To be fair 'The Highwaymen' were robbed (sic!) and didnt deserve to lose, after missin TWO penalties in eethaa half, both saved by Liam Connell in 'The Bad Blue Boys' goal! 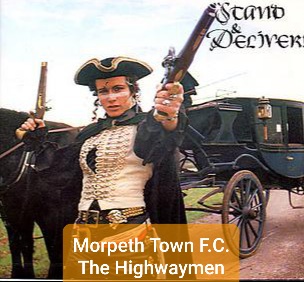 Dunston took the lead in the 32nd minute through Scott Heslop who hit a fine loopin' shot ower the keepers heed and into the net at 'The Dunston Rocketless End' (see explanation below!) 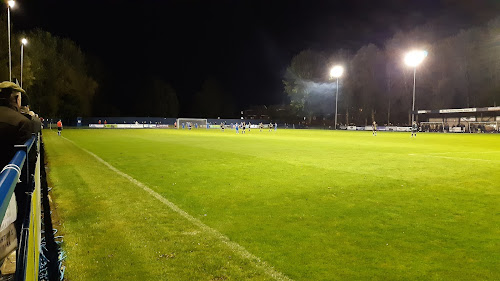 A penalty to Morpeth woz then saved by Liam Connell at 'The Tea Hut End' from a Liam Noble, when he dived to the reet!

But The Highwaymen from Morpeth did hit back bang on the half time whistle when Johnson fired home!

And then the winnin' goal from Scott Heslop in the 72nd minute, caught on camera by 'little old me' (see top photo)

Scott hit a bullet heeder past their keeper and defenders to put 'The Bad Blue Boys' 2-1 up, to loud cheers from the Dunston faithful! 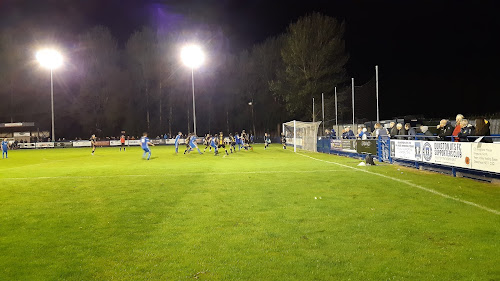 Anothaa penalty miss for Morpeth then followed near the end at 'The Dunston Rocketless End' (there used to be a tower block at this end that looked like a space rocket--now demolished!)

Connell again guessed  reet and again dived the reet way to save the day to deny Morpeth's Noble for a 2nd time!

A fine win in the end against a team who are in a higher division and who had won aall 6 of their previous friendlies! 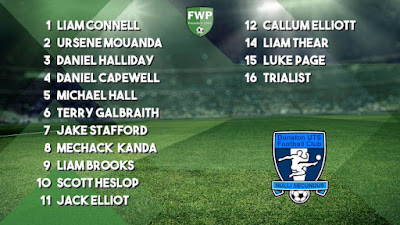 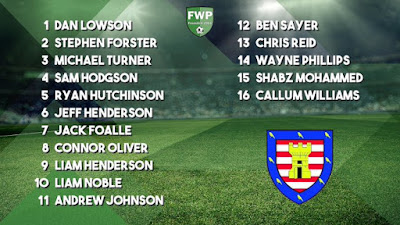 Attendance: 200 or so, includin a handful of Highwaymen!

PS: Today NUFC are takin' on Stoke at SJP at '1:00pm bells'---unfortunatteleee it's behind closed door again and so we need to find anothaa game for wor Saturday 'fix'

Newcasil Blue Star who play in the 'west end' Scotswood district woz wor forst choice, but amazingleee aall 300 tickets have been snapped up and it's a complete sell-oot!

SO!--plan 'B' iz to gan to the othaa side of The Toon and watch Heaton Stannington v Carlisle City instead in the 'east end'!

A match report of both the NUFC game and Heaton game will appear here eventually!

We will bring yoo the Toon score az it happens---so watch this space this afternooon! 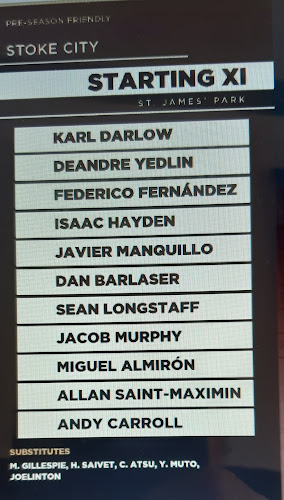 Posted by fink the mad-sad groundhopper at 11:07