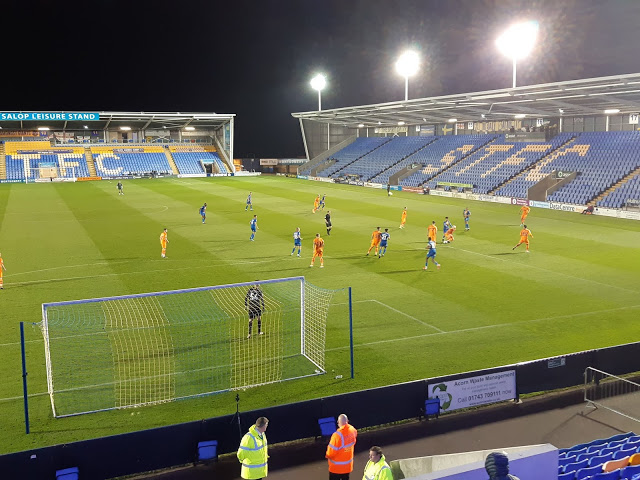 The reason that we are interested in the Newport game iz because if wor 1st team beat Morecambe away tomorrow neet in the Leegue Cup 3rd roond, we will play the winners of the Newport/Wotfaad game in the 4th roond!

We want Wotfaad to win coz we of course have been there before, whereaz we have NEVER been to Newport's Rodney Parade groond!

Normally, 'The NUFC mad-sad groundhoppers' would want Newport to win so we can visit a brand new groond---but of course that game will be behind closed doors and we will be unable to gan!---and spoil wor record of seein NUFC play a competitive game on EVERY new groond we have played on, in the 1980s, 1990s and this century!

So a Wotfaad win iz WOT (sic!) we want, for that reason alone!

Luckily we visited Shrewsbury's new groond last season in the same EFL competition, so we can just aboot deal with not bein' able to gan there this season!

So a second hand match report will have to suffice for tooneets game!

A match report on that game nearly a year ago, iz printed in the article below!

Posted by fink the mad-sad groundhopper at 11:59