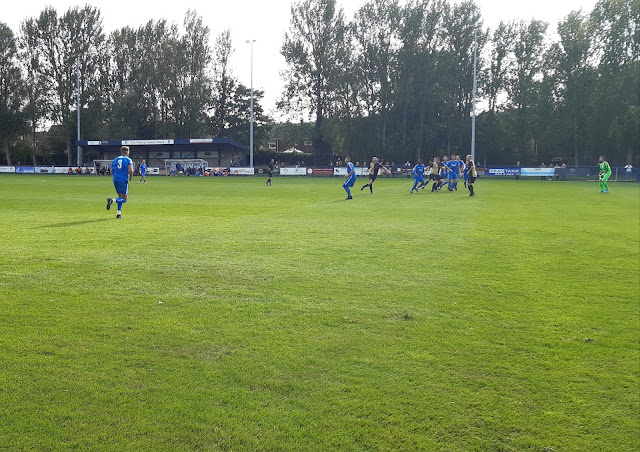 Wor non Leegue 'sorte' continued, with nee Toon game to gan tee, and we heeded for the Dunston clubhoose where the home team were playin Marine from Liverpoool!

Because if the new 'bat out of hell's corona virus restrictions, table sorvice woz the order of the day and the former Dunston manager caalled Billy, (who won the FA Vase at Wembley in 2012) woz wor waiter and he took some stick I can tell yoo!

Billy had been renamed 'Manuel' off the Fawlty Towers programmes, az we demanded fast sorvice, az we clicked wor fingers! (How the mighty have fallen!)

Anyway!-- it woz soon kick off time az we had wor temperatures and phone numbers taken at the entrance gate (35.8) and we made wor way to wor usual standing place near the main stand! 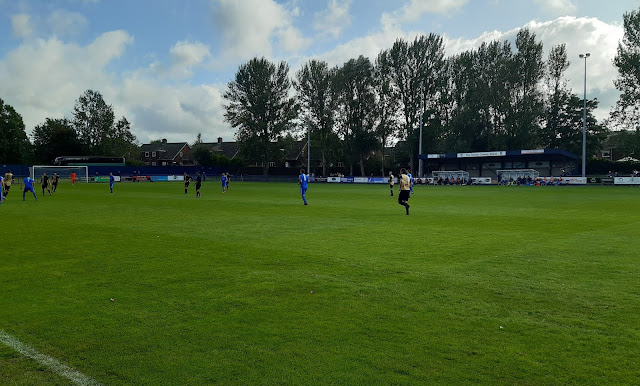 Disappointingly, there woz a much smaller crowd than aa anticipated, (200 woz my guess) az 300 were expected!

Marine, playin' in predominantly yellow shirts (wot else!) got off to the better start and attacked 'The Tea Hut End' in the forst half! 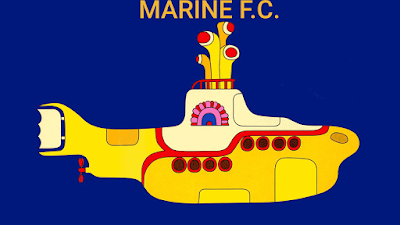 They took the lead in the 40th minute when a great looping shot went ower Dunston keeper Liam Connell, to put the visitors 1-0 up!

Which brought loud cheers and applause from the half dozen or so diehards, who had travelled across the Pennines 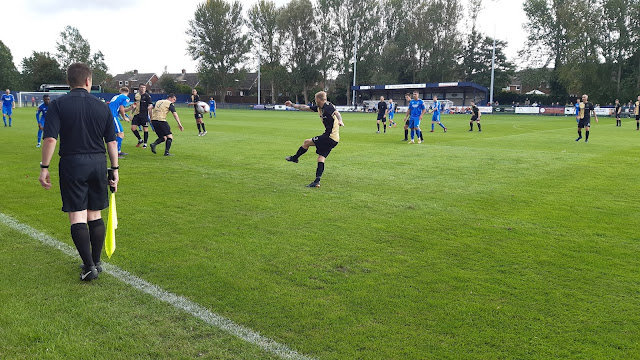 'The Bad Blue Boys' were much better in the 2nd period as THEY attacked 'The Tea Hut End' and the equaliser came in the 63rd minute, after Dunston's Jake Stafford had hit a tremendous shot which shook the crossbar! The baall fell nicely in front of Dunston's Mark Fitzpatrick and after a scramble a Marine defender put the baall into his own net as the baall rickoshaded off him! (The goal woz later given to Fitzy, but it looked like an own goal from where aa woz standin'?) 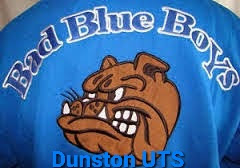 And then the main takin point of the game when a high baall woz challenged by their keeper and  'Fitzy', Dunston's centre forward, the keeper fell to the groond and gave oot a loud cry az he held his back in an attempt to con the ref and get the Dunston player sent off! (see pix below) 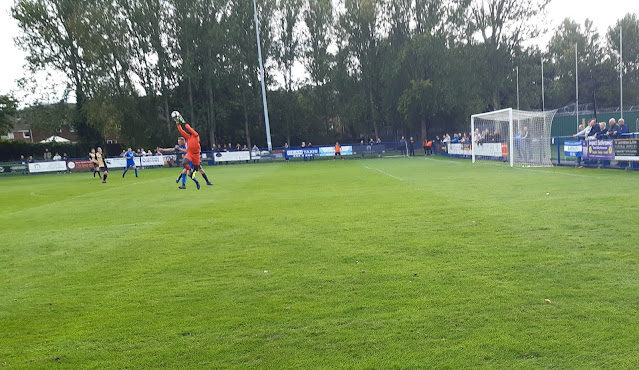 He woz rollin ower and wavin' hiz legs in the air, az though he been shot by a sniper! COMICAL!---DISGRACEFUL! 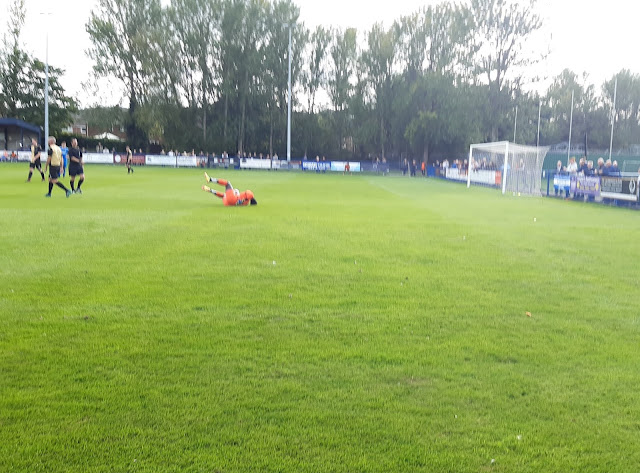 ^
(Cynical play actin' in the extreeeme)

The ref woz having 'non of it' and restarted the game after 5 minutes of stoppage to tend to the keepers non existent 'back injury'!)

And then the winnin' goal in the 82nd minute. Dunston's Liam Thear woz hacked doon in the box and the ref pointed straight to the spot!

Terry Galbraith took it and sent their keeper the wrang way to put 'The Bad Blue Boys' 2-1 up! --- JUSTICE!

Marine tried in vain to find an equaliser, but Dunston held on to take the points and sink the Sub Mariners! 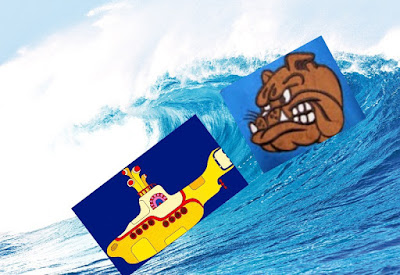 PS: At full time their goalie woz sent off for arguing with the ref? 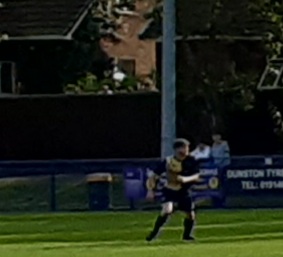 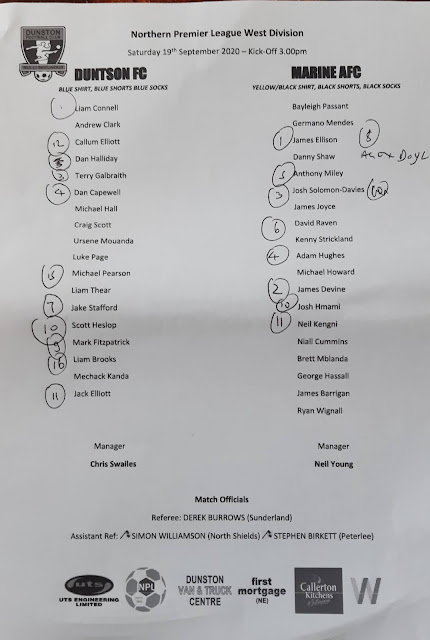 SPOT THE MISSPRINT?
'DUNTSON' instead of 'DUNSTON'! 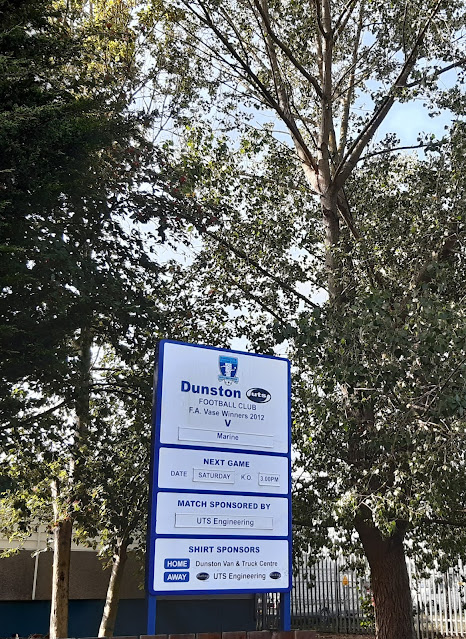 Posted by fink the mad-sad groundhopper at 19:00