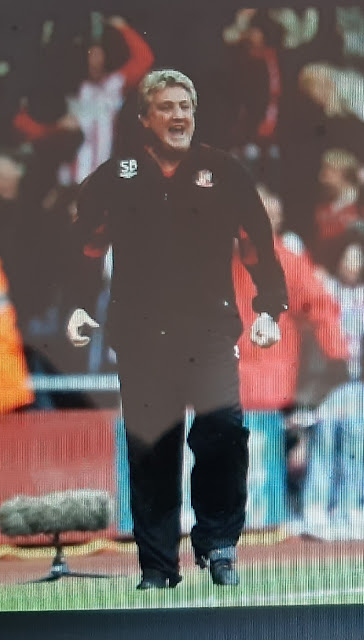 sund'lind have just scored against The Toon
and the man with 'black n white blood' gets ready to celebrate!

The mackems score a last gasp equaliser against The Toon, to send their manager on a celebratory run doon the touchline!

Below is a report from the 'Ronny Gill' newspaper the next day!

Bruce, who put his side under immense pressure to get three points--had accused Newcastle of
lacking class after the 5-1 hammering back in October at St. James' Park after the PA announcer had blasted out Daydream Believer at the end of the classic derby victory.

At the Stadium of Sh**e, sunderland were the ones who lacked class on and off the field on a forgettable day for the red-and-whites.

But as Bruce set off on a celebratory charge down the touchline as if his side had won the title, it summed up just how grateful sunderland were to save face after being well and truly
outplayed in their own backyard.

And this from a man who claims NUFC were hiz 'boyhood club' and that he 'bled black n white'!

Wor record goalscorer Alan Shearer and a good friend of Bruce, told him just after Benitez had left, NOT to take the 'poisoned chalice' job under any circumstances!

"NO!-NO!-NO!-DON'T TAKE IT!" Shearer told him, az he woz on a hiding to nothin'!
Shearer aalso said that 'Broken Nose' woz, "THE LAST MAN STANDING"!, az many othaas had been warned off!
Bruce obviously didn't take a blind bit of notice of Shearer's advice and iz heedin' 'Blindfold' into the most toxic job in futbaall!

Shearer added poignantly, "But I just really hope that he doesn't live to regret it, LIKE I FEAR HE WILL!"

Will it aall end in tears?--We sincerely hope not, but, just like Alan Shearer, we ARE prepared for the worst! 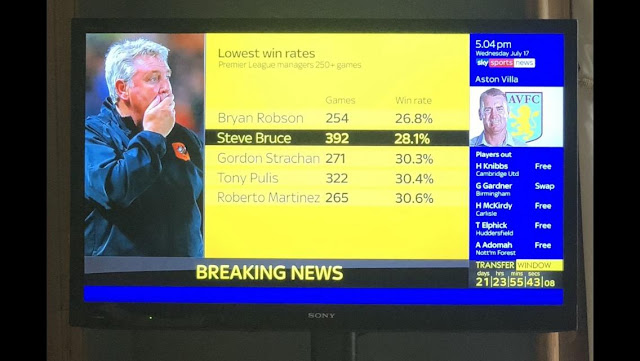 Posted by fink the mad-sad groundhopper at 14:31