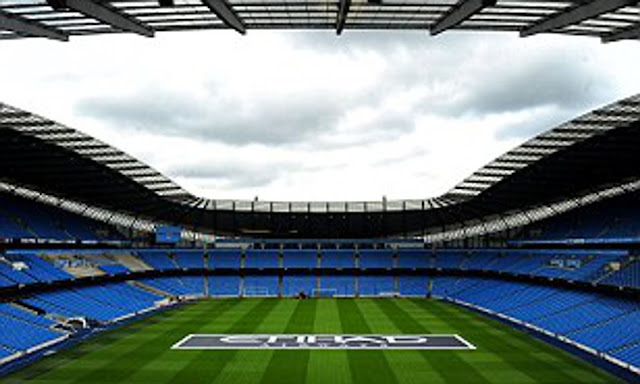 
Six 'high risk'? Premyaa Leegue games are to be played at neutral venues, (so we are told!) includin' TWO NUFC games!

We can understand 'a little bit' that wor last home game against 'The Liverbirds' iz one, because they could lift the Premyaa Leegue trophy at wor place and 'The Mickey Mousers' could be tempted to be at 'the place' where they were crowned champions!
If it woz the othaa way roond and WE could win the title at Anfeeeld, I would be tempted to gan and be 'inside' the stadium 'in spirit'!

BUT, it doesn't matter where they play this game, az their fans would heed there anyway, be it Villa Park, Stamford Bridge or wherever!---Remember, from Liverpool, EVERY away groond iz within a 4 hour drive!---so it don't make sense?

And az wor away game at Man City iz aalso deemed 'high risk' it will aalso be played at a neutral venue!---but where????

'Fink' aboot it? why oh why would thoosands of Geordies travel to east Manchester just to stand ootside the groond and hope we consolidate THORTEENTH (13th) position in the Leegue table?

Would I be there to witness that, bearin in mind that aa havvint missed a competitive NUFC game this century?
Whey!--the answer iz!---a resoundin "NO WAY!", and thoosands of othaa Toon fans wouldn't bother gannin eethaa!
If there iz 'no way' that yoo would get in to see the game, then wots the point?

And az 'The Blue Moonies' have virtually nee chance of winnin' the Leegue, why would 'their fans' 'bust a gut' to stand ootside The Empty'iad---"sorry!"---The Ethiad???--Answer: they wouldn't eethaa!---so how the hell iz this game classed az 'high risk'???

Az for 'integrity' the whole thing is a farce with a mixture of home, away and neutral venues with empty seats and not a true fan in sight! ("ER!"---apart from cardboard cutoots and blow up sex dolls of course, occupyin' the stands!)