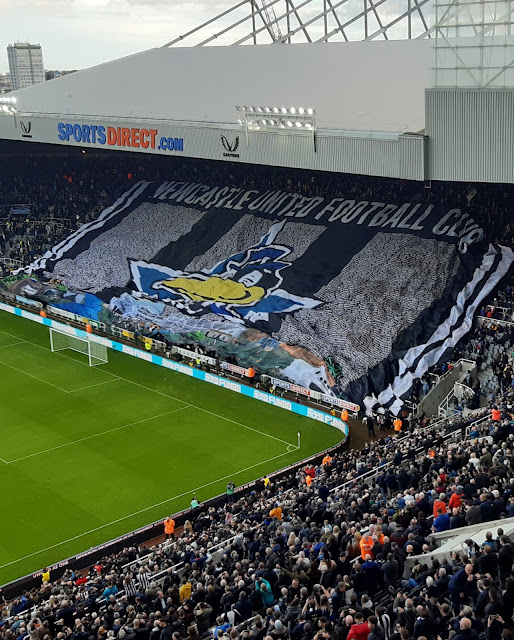 THE GIANT SURFER FLAG MAKES A REAPPEARANCE AT THE GALLOWGATE END!

It wont take lang to write this match report for certain!

In total NUFC had just ONE shot on target in the entire game when we were 3-0 doon and NEE corners at aall! 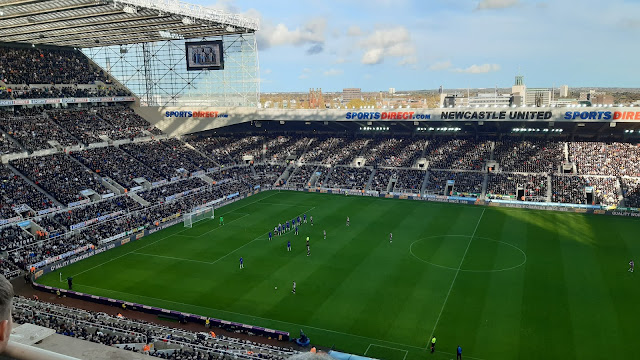 VIEV FROM THE MILBURN STAND BALCONY ROW 'B', AZ NUFC WIN A FREE KICK AT THE LEAZES END

It started off well az we attacked The Leazes End and Ryan Fraser went close in the forst minute, but hiz shot woz wide of the goal!

And that woz it, for wor forst half attackin prowls az Chelski laid siege to wor goal for the rest of the half!

Somehow we managed to get to the break on level torms, but time wastin' by Darlow in The Toon goal after just 20 minutes of play, meant that we were gannin for a 0-0 draw! (Shockin'!) 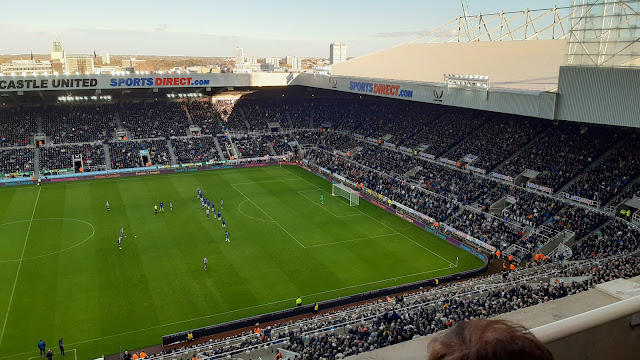 A TOON FREE KICK AT THE GALLOWGATE END IN THE 2nd HALF!

The second period woz just the same az Chelski hit the post with a deflected shot, which sounded the alarm bells in mee heed!

Time wastin' by Matt Richie at a throw in produced a yellow card from the ref, which just aboot summed up the game az far az we were concerned!

Surely we couldnt survive for 90 minutes like this and sure enough in the 65th minute wor visitors from west London took the lead through Reece James, who hit a cross baall shot from the far side of the box and into the far corner of the net, with Darlow well beaten!

It woz soon 2-0 to 'them' when again James hit a shot 12 minutes later to double their lead!----Would the floodgates now open???---aa thought???----well not exactly az they scored just one more goal from the penalty spot in the 81st minute, after Darlow had fouled Havertz in the box!

Jorginho took it and sent Darlow the wrang way az the groond emptied az the Chelski fans sang "No noise from the Saudi boys!" (Something we will have to get used to, I'm afraid!)

We are in desperate need of a new proven manager to try and sort this mess out, left by wor former owner 'The Fat Controller's refusal to buy more player in the summer transfor window! (A few of this team played in the Championship team in 2016, by the way!) 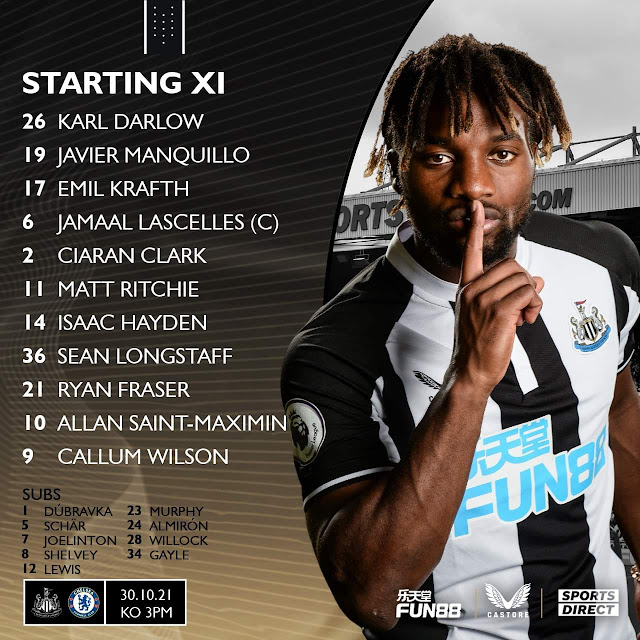 *Leeedz 2-1 win at Nohrich on Sunday, meeenz that NUFC are now six points adrift of safety after a qwaataa of the season so far!

Failure to beat Brightin next Saturday will make it the biggest winless start to a season in wor entire 129 years history, gannin back to 1892!----That's how bad it iz! 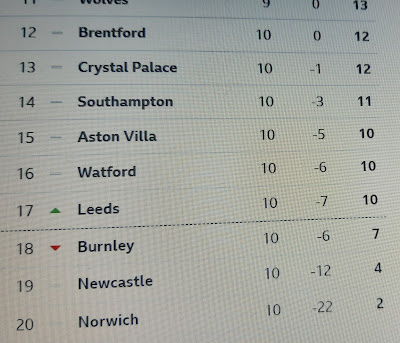