The Richest Club in the World U18s  1 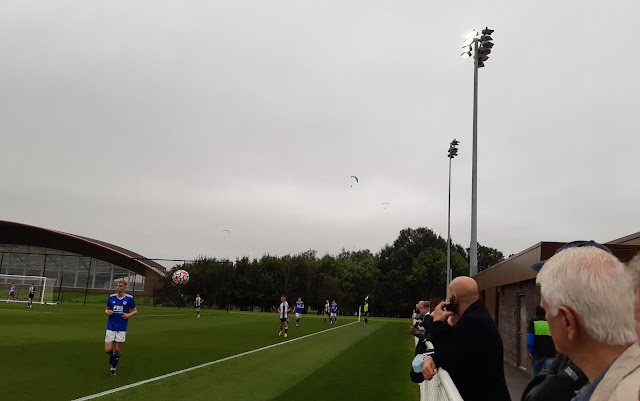 "AFTER THE LORD MAYOR'S SHOW!"

The day after wor unbelievable takeower by the PIF, when we became the richest futbaall club in the world, we were off to deepest Leicestershire to watch wor U18s in action!

The 4 'extreme saddos' who travelled doon were 'Biffa the Beer', 'Glennn from Ashington', 'Blondie Alan the Morris Dancer' and not so 'little old me'!

This iz extreme groundhoppin' for certain, a roond trip of ower 360 miles to watch a game on a field in the middle of nee where!

Or in this case a field in a fantastic state of the art trainin' complex with numerous floodlit pitches, and an indoor pitch, exactly the same size az Lestaa'z King Power Stadium pitch !

(With 'The Fat Controller' in charge, we could anly dream of trainin' facilities like this!---But now with PIF in charge, this 'dream' can become reality!)

We got there orly in mee 'canny tranny', despite bein' stuck in a traffic jam on A1 near Newark for nearly an hour because of an accident!

There woz indeed time for a quick 'gargel' at a nearby village caalled Barrow on Soar in 'The Three Crowns' boozer---the anly one we could find open for miles! 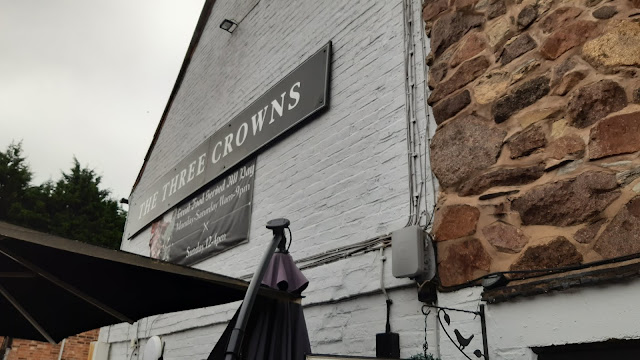 It woz soon time to heed for the complex and the forst thing we looked for woz an ambulance---NOT because one of us had taken ill, but because wor U18s game v Lestaa U18s had to be cancelled last month because nee ambulance had torned up! (Compulsary for an U18s game to gan aheed!)

Thankfully, there WOZ one present az we arrived in the car park and so the game, this time, could indeed, be played! 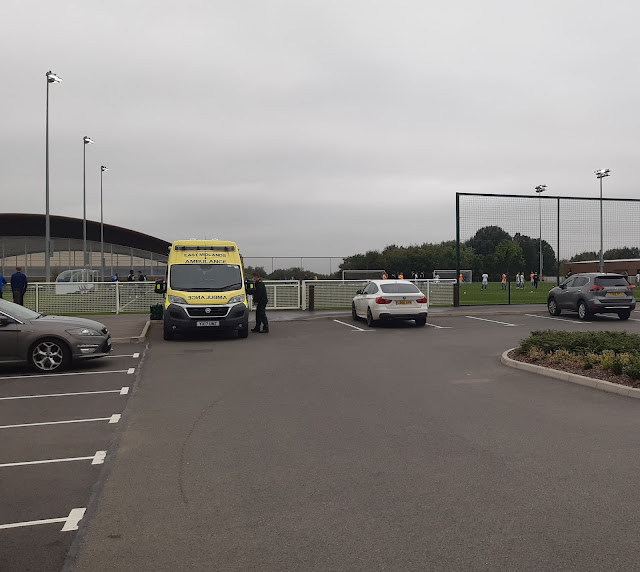 Before the match aa bumped into an old school friend caalled Micky, who aa went to school with from the age of 5-- and he told me that 2 of hiz grandkids were playin for The Toon, namely wor number 8 Jamie Miley and hiz bruvva Lewis Miley who wore the number 10 shirt! 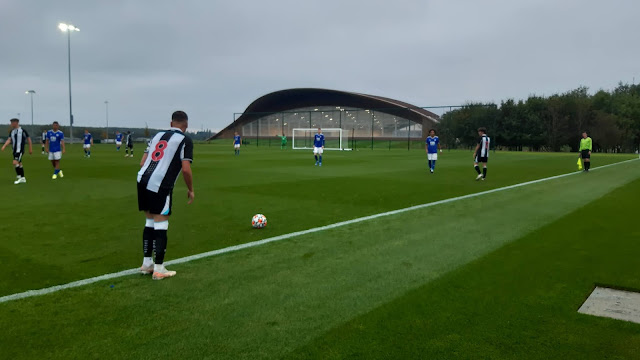 The game kicked off under the floodlights and straight away the Toon's youngins went for goal, az we attacked the (wait for it)--- 'The Emergency Ambulance End' (where the ambulance woz parked!) 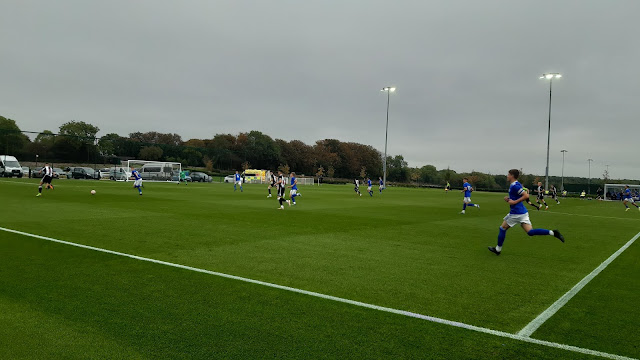 Despite havin most of the play, we were unable to make the breakthrough and we went in goal-less at the break!

A few moments later and in the distance above the indoor pitch at the end we were attackin', 3 sky divers were performin' stunts in their parachutes az we watched on! 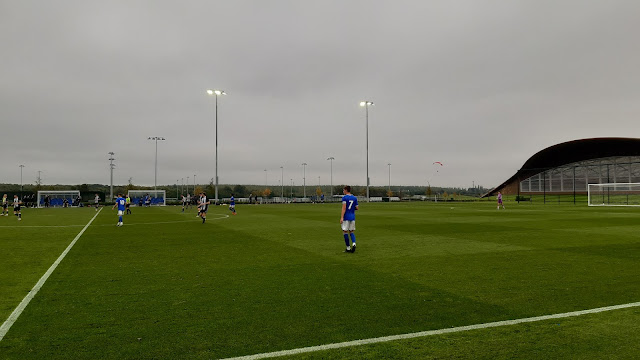 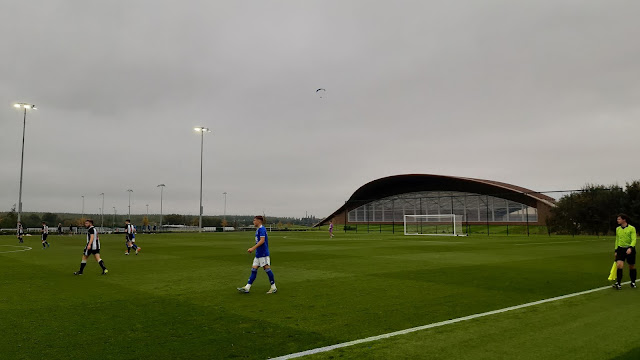 At this point we equalised through wor number 9 Michael Ndiweni, who lashed the baall into the net from 10 yards oot at the now renamed (wait for it!)  'Parachute Sky Divers End'! 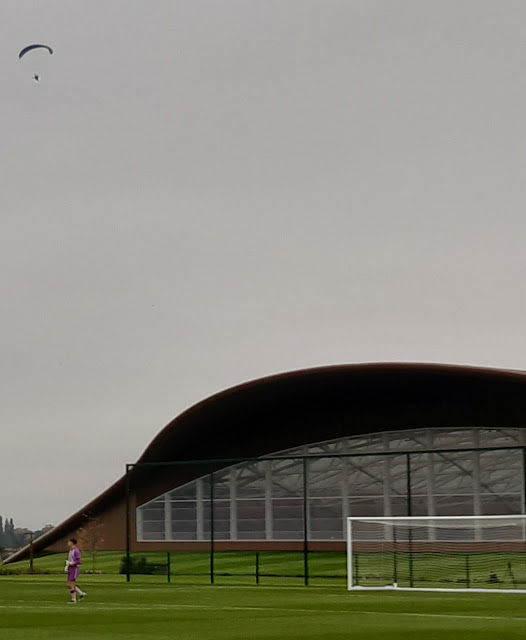 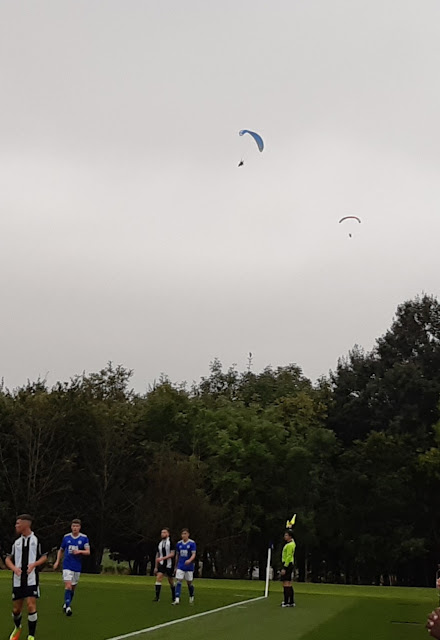 THE SKY'S THE LIMIT FOR NUFC NOW!

We had more chances to equalise through Lewis Miley, but alas it wornt to be, az Lestaa scored just before the end when Butterfill fired in their 3rd goal to end wor interest in the competition! 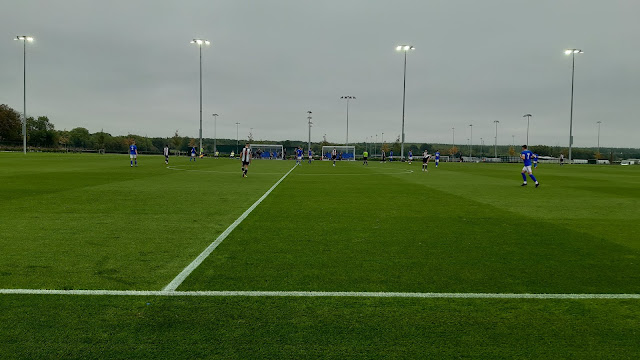 Put simply, wor youngins didnt desorve to lose this game, but goals mean prizes and progression to the next roond! 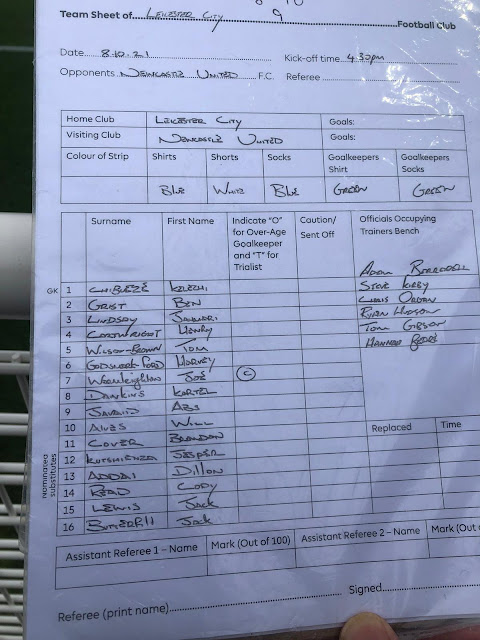 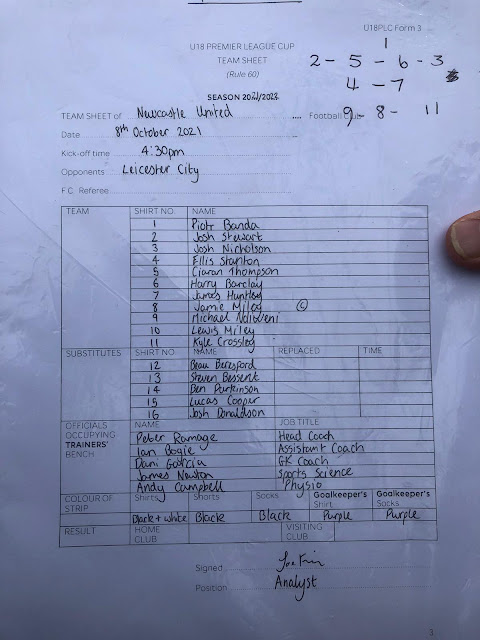 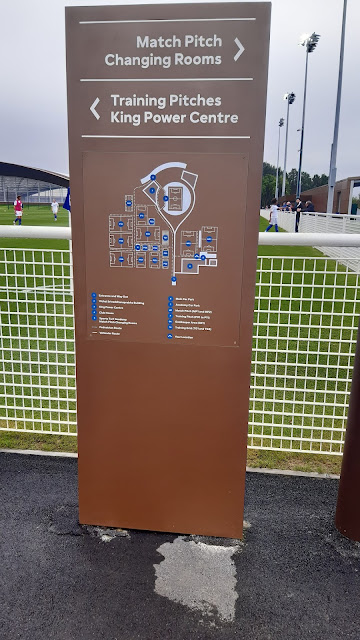 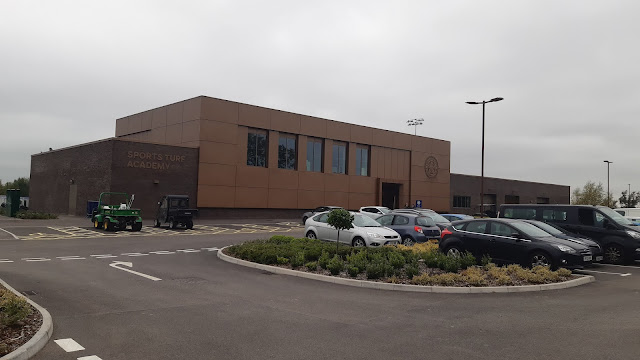 PS: In answer to a Geordie Times reader, spectators were admitted withoot any checks.

Posted by fink the mad-sad groundhopper at 01:15