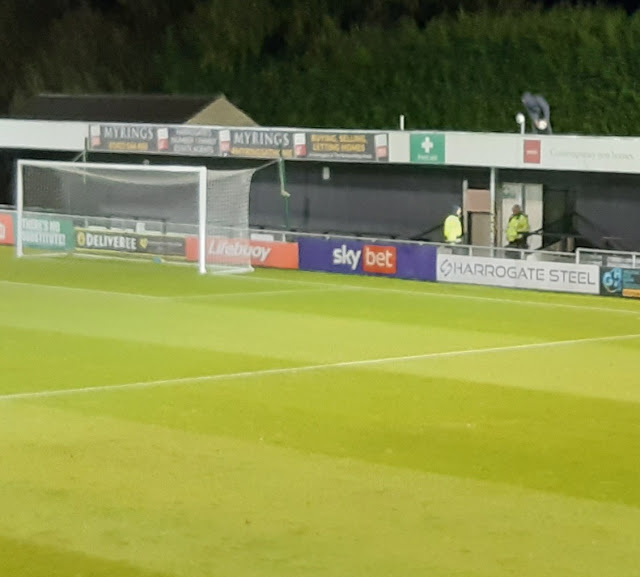 Mee forst visit here woz 19 years ago in 2002 for a NUFC X1 friendly against then non leegue Harrogate!

Az this woz a competitive game aa decided to dee it again when wor U21s were in action v Harrogate's forst team! (Wor forst ever against them)

The day started off with torrential rain and aa had visions of the game being caalled because of a waaterlogged pitch!

Aa had a look at Harrogate's Twitter feed but the game woz on, according to that!

So it woz off to The Toon to cadge a lift off Sarnie Steve, but not before a few liquid lubrications in The Junction, The 5 Swans and The Town Mouse boozers! 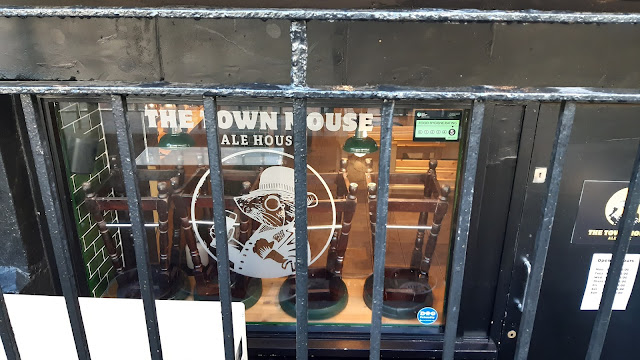 Big Al (NOT the sheet metal workers son!) and Glennn from Ashington were there!

We were soon on wor way to Yorkshire, alang with International Russcue and Blondie Alan the Morris Dancer!

Anyway! We were soon in Harrogate where the rain and wind had eased off a bit and we heeded to a real ale bar caalled The Tap for the pre match liquid refreshments! 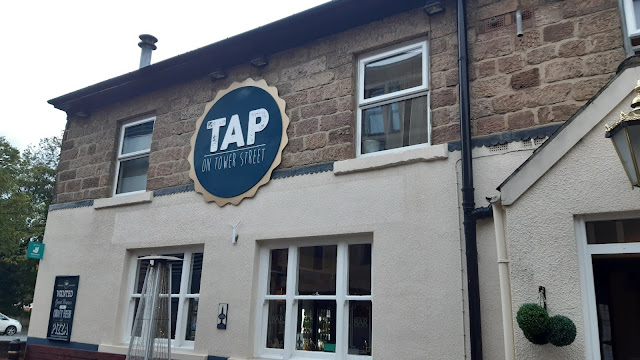 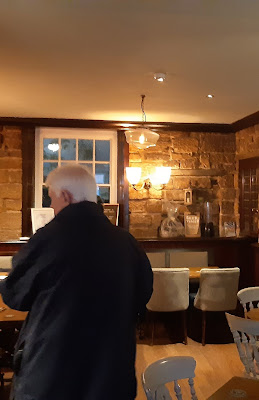 It woz then onwards to the groond on Wetherby Road for the '7:45 bells' kick off!

By the time the game kicked off the weather on Wetherby Road had deteriated and heavy rain and high winds lashed the smaall groond! 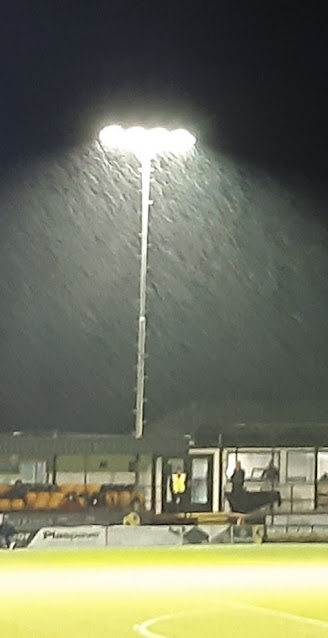 "THE FLOODLIGHTS ARE FLOODED!"

We took shelter underneath a terraced stand near the halfway line az the game started!

Straight away the home side made inroads to The Toon's defence az they attacked 'The Harrogate District Hospital End' (Aye there's a hospital behind that goal!) and within 6 minutes they had taken the lead after massive defensive errors by goalie Gillespie and  defender Wigget, let in Kerry who had the simple task of slotting the baall into the unguarded net! 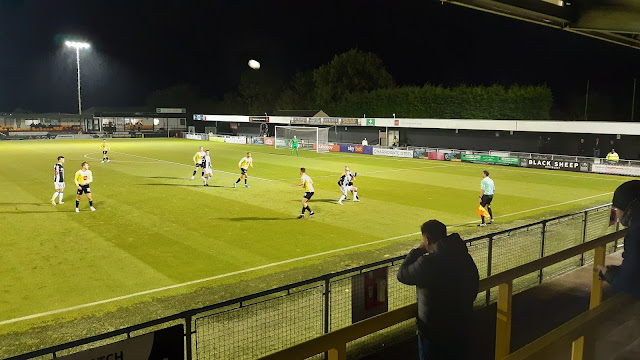 The Toon were attackin 'The Privet Hedge End' (see hedge behind stand) but the anly effort we could muster woz a 25yard shot by Anderson, which went narrowly ower the cross bar!

Harrogate doubled their lead bang on half time with a great shot across the box by Orsi, which gave Gillespie in The Toon goal nee chance! 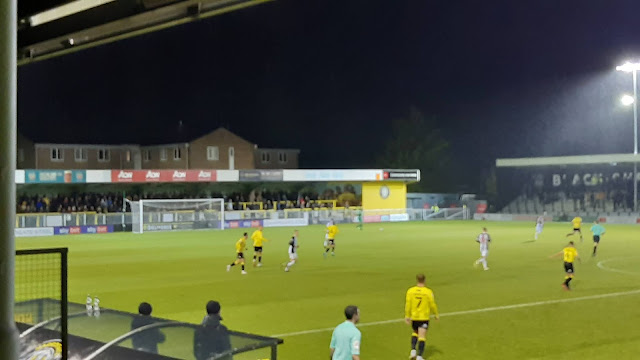 THE HARROGATE DISTRICT HOSPITAL IZ BEHIND THE GOAL

The 2nd half started off with the rain and wind gettin worse and the players foond it hard to control the baall! 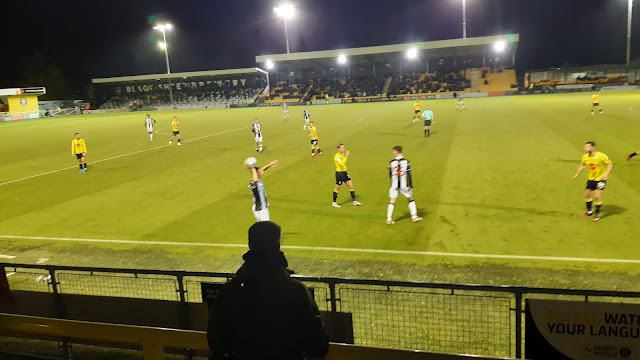 We played a bit better in this half and had several corners at 'The Hospital End', but couldn't make the breakthrough!

The 2-0 loss woz wor ninth defeat in a row in this competition, which just aboot sums up just how infective wor young resorve team are against the forst teams of lower leegue clubs! (Other results mean we couldn't progress to the knockoot stage!) 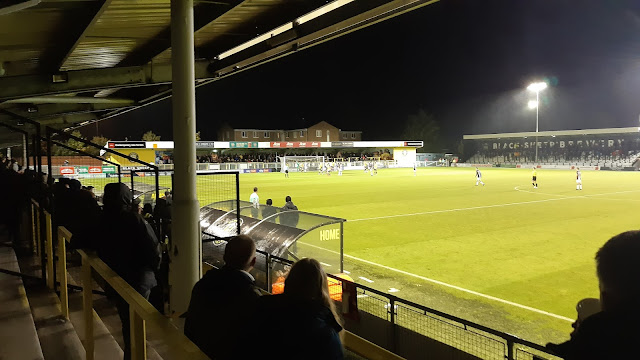 After the match we heeded back to the car and were like drowned rats when we got in!

The jorney back up the A1M woz uneventful, apart from a half hour delay near Bowburn due to a car which had caught fire and woz completely burnt oot!--And 'burn oot' iz probably the right words to sum us up! ---Full stop⏺

Posted by fink the mad-sad groundhopper at 11:44