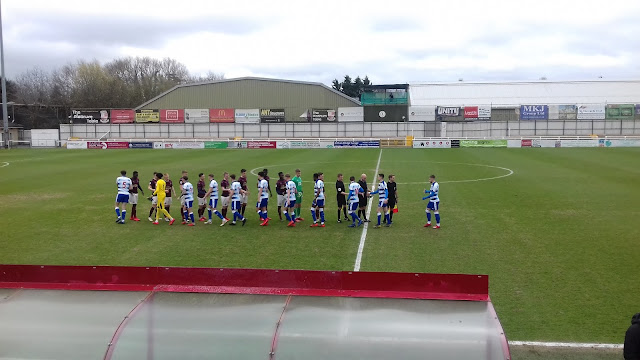 Havin had just 3 hours 'shut eye' after mee usual night 'truck run ' to Manchester, it woz up at '6am bells' to catch the '7:29 bells' train to King's Cross in London and then onward to Woking in Surrey via Waterloo station for this cup tie at Reading's 'home' for U23 cup games!

Colonel Gadaffi (the one from Bracknell in Berkshire, NOT Libya!) was aalready there and and told us to gan to a pub near the station caalled 'The Pub'! (Unusual name for a pub?)
However! we couldnt find it and in desperation (coz we were 'gaggin' for a pint!) I phoned him to give us directions!
"Its down the road from the station past the statue!" he said.
But we still couldnt find it so he said that he would come ootside and wave to us!
He duly did, and we spotted him, but the pub he woz ootside wasnt caalled 'The Pub'---it woz caalled 'The POUND'! (ie: he's in hiz 70's and me 'finks' that senile dementia haz set in!😨)
NEE WONDER WE COULDN'T FIND IT! 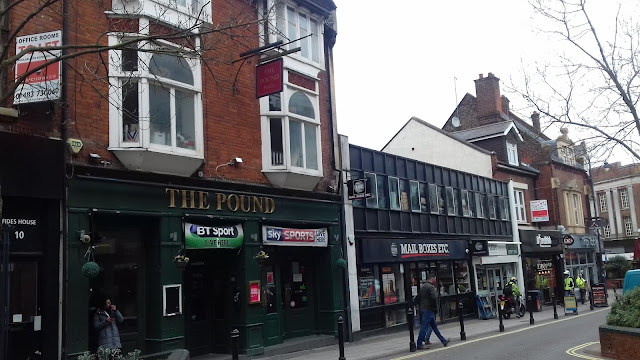 THE PUB NAMED 'THE PUB'?

Anyway! After a quick 'gargel' it woz time to heed for the groond where we gained free admission with a 20% discount (so the guy at the entrance telt us!) 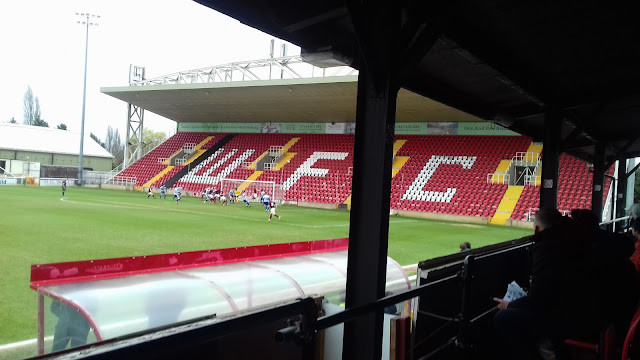 The game kicked off at '1:00pm bells'and a sparse crowd woz in attendance.
The Toon's 2nd string torned oot in wor blue and maroon hooped strip and straight away we went on the attack az we attacked the right hand goal from us!

NUFC took the lead in the 22nd  minute when Jamie Sterry hit a fine strike from 15 yards oot to ripples of applause from the 'Diehard Dozen' who had made the lang trek to Surrey!

Wor joy woz short lived however when the 'home' side equalised barely 3 mins later from a free kick from just ootside the box!

Wor lead woz regained in the 37th minute when Allen hit a shot from close range after a scramble in the box and we went in at the break 2-1 to the good! 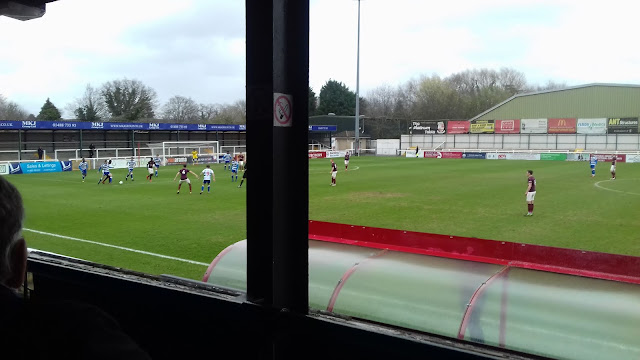 There woz nee more scorin in the 2nd period although sub Sorensson nearly extended wor lead but woz denied by a brilliant one handed save from Readings keeper!

The win puts us into the draw for the last 8 with the possibility of more new groonds to add to wor never endin list! 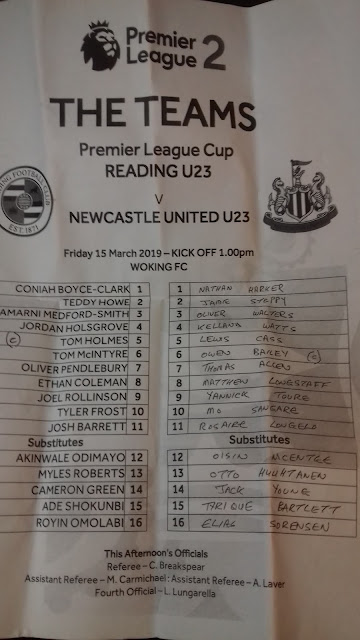 
It woz then 'homeward bound' (via 3 pubs) and aa got back yem at '11pm bells'---went straight to sleep "ZZZzzz!"----and got up at '4am bells' to catch the '5:26 bells train(s) to Bournemoooth for wor forst team game there, via Kings Cross again (13 hours after leavin there last neet!)
(A match report on that game to follow on Sunday!)

More to follow tomorrow when av had a rest az I am truely 'cream crackered' az I have had anly 3 hours sleep in the last 24! 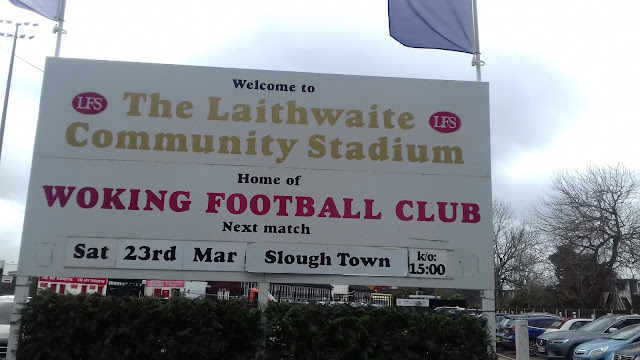 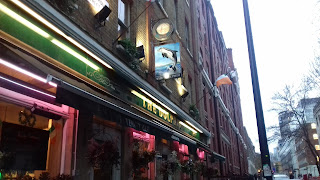 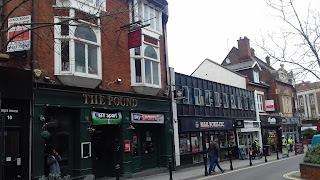 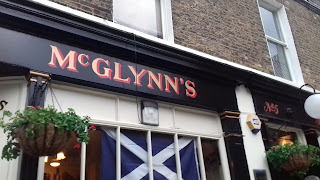 
Posted by fink the mad-sad groundhopper at 20:28