Posted while waitin for the train on the way back from Liverpoool, Thorzday 1st September 2022 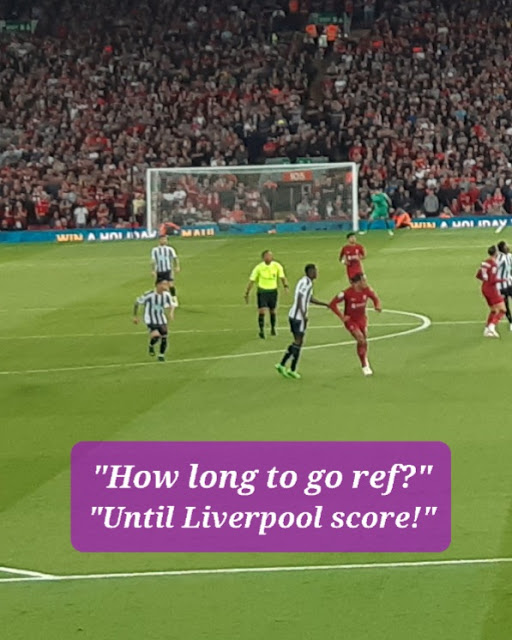 8 MINUTES of stoppage time woz added at the end of the game after 5 minutes were shown by the 4th official!

Yes, Pope went doon injured for 1 minute 30 secs in stoppage time, so where did ref Marriner get the extra 3 minutes from???

Of course The Liverbirds scored in the 98th minute to break wor hearts!

It had aall started off so well when new boy Alexander the Great struck a fabulous shot into the top corner of the net in the 38th minute in front of the 3,000 travellin supporters in The Anfield Road End! 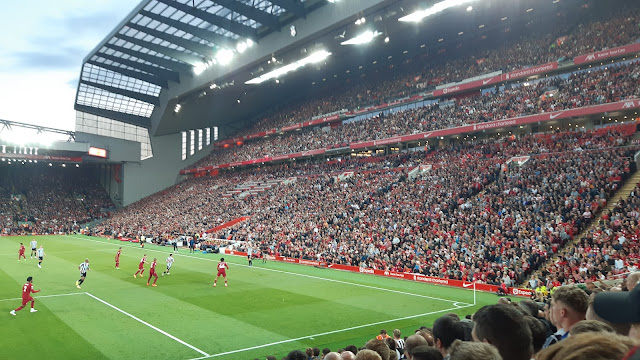 At the start of the 2nd half, Klopp woz waitin for the official near the players tunnel, wavin hiz arms on a tantrum and obviously demandin' that they clamp doon on time wastin from us!---And sure enough Marriner the ref woz wavin at Nick Pope to hurry up takin a goal kick just after the restart!----Who's in charge? Marriner or Klopp? (An absolute disgrace that a ref can be intimidated and manipulated by a manager!)💩

Alexander made it 2-0 when he ran through their defence to hit a fine shot at The Kop End!---or so we thought!  A VAR check ruled that hiz SHADOW woz fractionally offside and the goal woz disallowed because of that!!!! 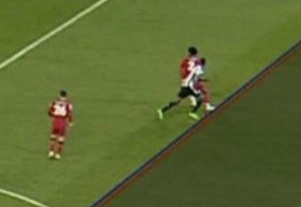 "Offside or not offside?---that iz the 'shadowy' question! 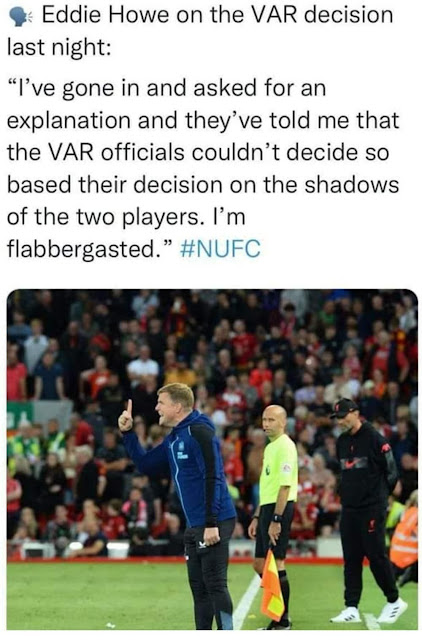 The lead lasted to the 61st minute when Firmino equalised

It woz then 'backs to the wall' az they went for the winner, but wor rearguard held firm! 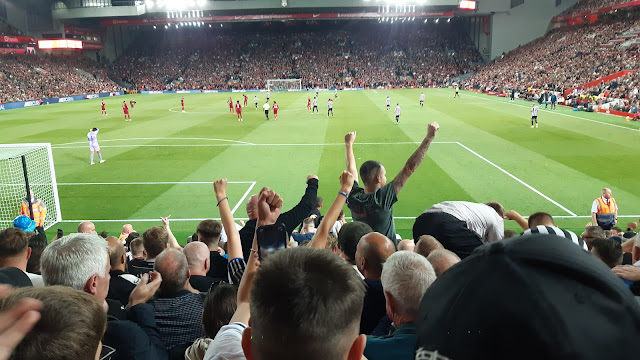 Will have to try and get the next train!--Success! 1 hour later! 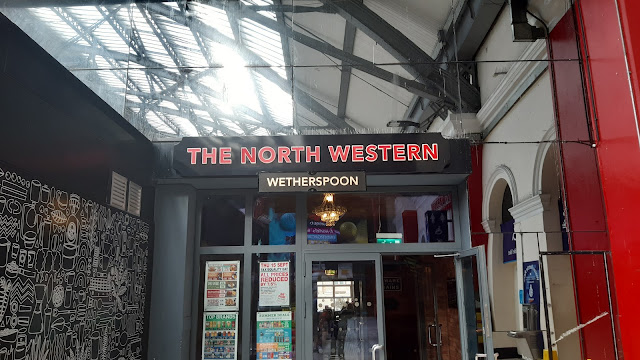 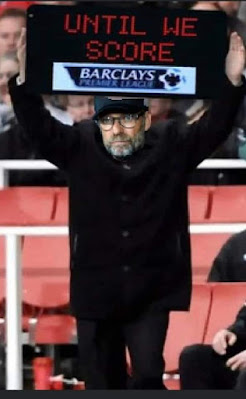 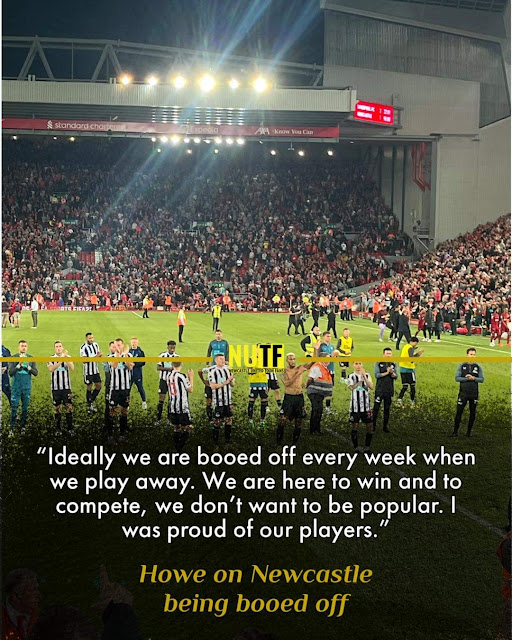 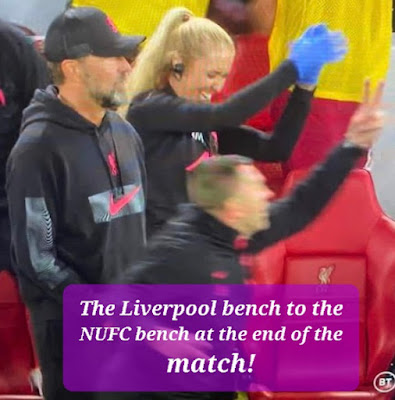 Sportsmanship at its finest! 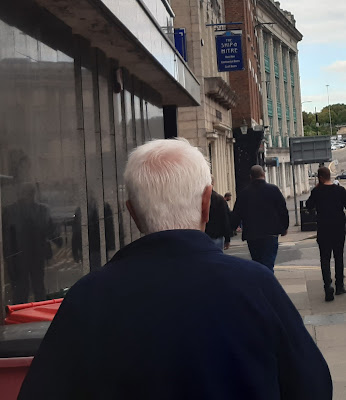 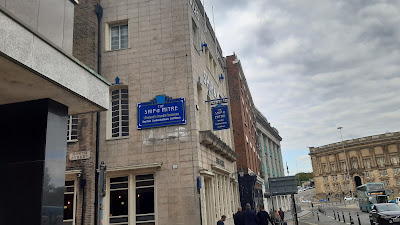 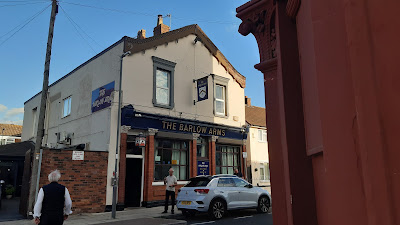 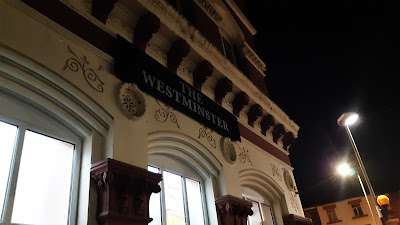 3: Westminster, Liverpool (Wont be back az a customer woz catchin bar flies at the counter!)
Running total after 4 away games= 18 drinkin dens----59 if yoo include the tour of Austia pre season!)

Posted by fink the mad-sad groundhopper at 10:26