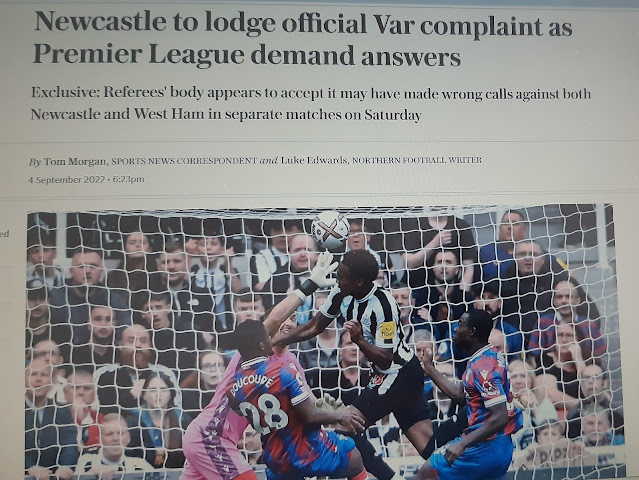 In the aftermath of the VAR debacle on Saturday the referees association, The PGMOL haz EXCEPTED that the decision to disallow wor goal against Palliss woz WRANG!

However we WONT get the 2 points lost back and the result will stand!-----Even a blind man could 'see' that Joe Willock woz propelled in the back by a Palliss player into their goalie and the goal shud have stood! 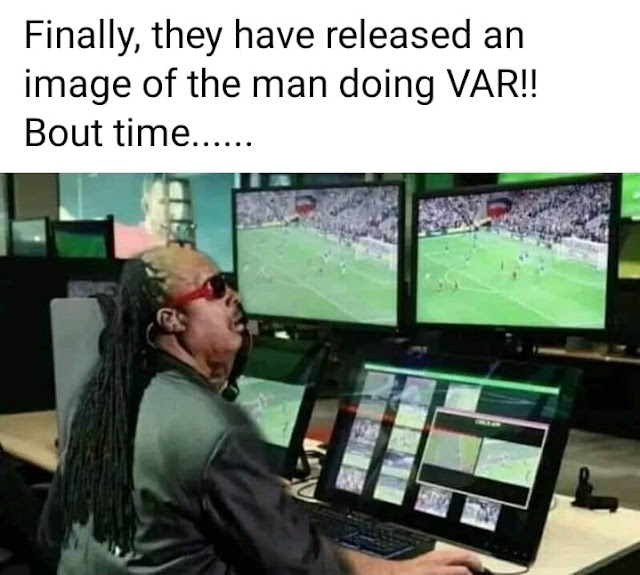 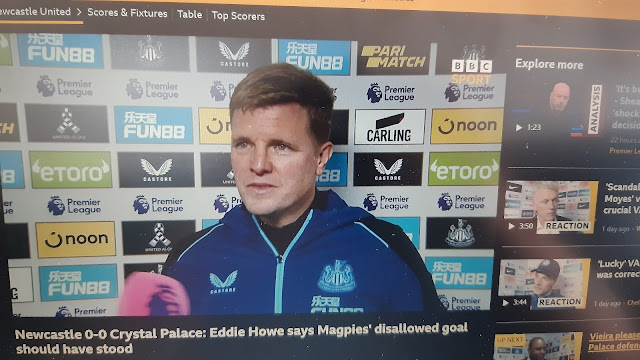 Michael Salisbury the ref infact had GIVEN the goal, but VAR intervened and said there might be a foul by Willock on their goalie!---He went and stared at the monitor on The East Stand touchline and watched the incident ower and ower again for THREE MINUTES before changin' hiz mind and rulin the goal oot, much to the disgust of the Toon players and 50,000 Toon fans alike! 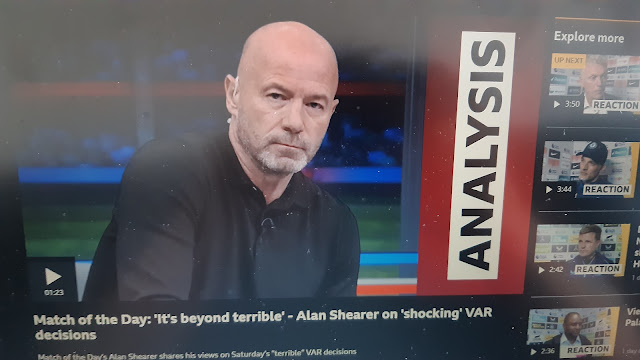 "SPEC SAVERS ARE DEEIN SOME CANNY DEALS THIS WEEK!"       🠋🠋🠋🠟🠟🠟🠟🠟🠟🠟🠟🠟🠟⮟⮟⮟⮟⮟⮟⮟