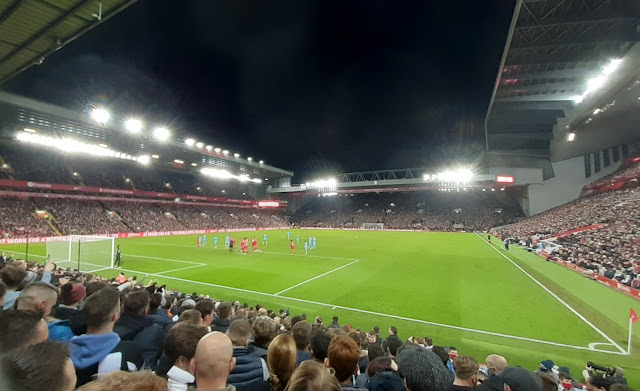 For the thord time in a week we are on wor travels again, this time to mickeymouseland when we take on The Liverbirds at Anfield in an '8:00 bells' kick off for live telly!

The scousers had a very lucky 9-0 win at the weekend against Bournemoooth and we can anly hope that we can dee much better than them and get sommik at least!?

Wor 5 games unbeaten from the start of the season iz in jeopardy and with a few injuries in wor squad it won't be easy (It never iz at this place!)

NUFC havvint won there this century, so its aboot time we did!----but a draw iz probably the best we can hope for!👀

This really iz a jinx groond for us and the sooner this game iz oot the way the better!

Hopefully wor new record £62 million signing 'Alexander the Great' can play and that hiz work permit haz been sorted oot by then!? (He couldn't play at Wolves for that reason!)

A brief Geordie Times match (and booze!) report will appear here on Thorzday on the way back from Lime Street (Livaapool train station) on mee mobile telling bone---once again!

PS: Wor U21s are in action at Donny Rovers tooneet at '7:00 bells' in the EFL Trophy and we will bring the result az soon az we find oot--HERE!⬇⬇⬇

Az per usual, "Watch this space!"

Team line ups will appear here🠟🠟🠟 an hour before kick off!

Posted by fink the mad-sad groundhopper at 13:00