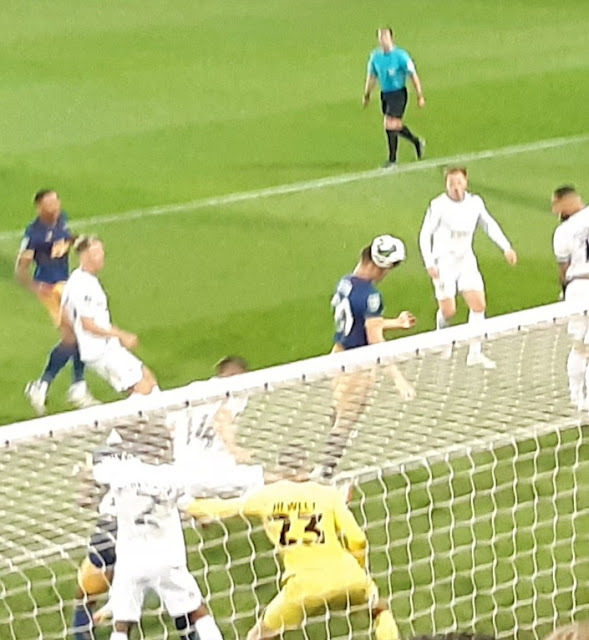 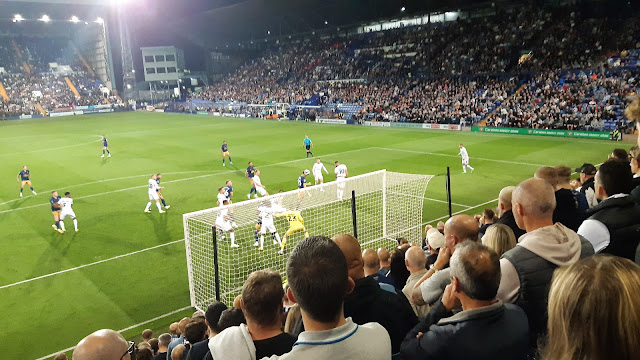 "TOON WIN THE BATTLE OF BIRKENHEED!"

A broken nose for Lascelles, a horrendous tackle on Darlow and Krafth stretchered off, woz the result of this brusin battle at Tranmere last neet az 'aall in wrestlin' woz the order of the day !

10 changes were made to wor startin line up from the Man City game and anly Joe Willock survivin' az we torned oot in wor dark blue and yellow change kit!

From the word 'go' we looked lethargic 🠈(we naa aall the big words!) with wayward passes and lost possession!

We paid the price for that when Tranny took the lead in the 21st minute when a cross from wor left foond Nevitt and he shot past Darlow az wor keeper deflected the shot with hiz leg into the goal!

This awoke the 8,000 Tranny fans into life az Nevitt taunted The Toon fans behind the goal!

To add insult to injury Nevitt then smashed Lascelles in the mush and broke hiz nose and he received lang treatment !

We just couldnt get started until Krafth woz injured when a Tranmere player fell on him and after a 6 minute delay he woz stretchered off to be replaced by Trippier, which torned oot to be a key moment in the match! 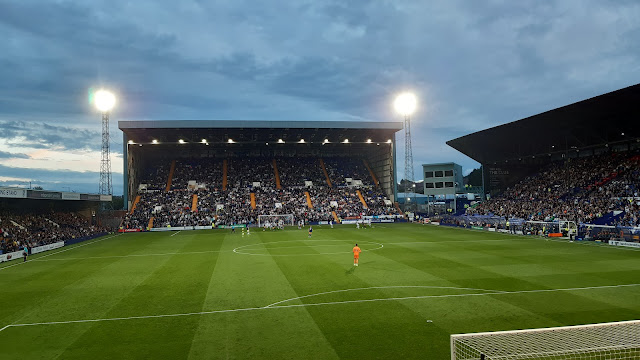 He sent in a corner at the far end from us and Lascelles heeded it towards goal, it woz chested doon to Lascelles who poked the baall into the net for the equaliser!  Lascelles then had to be treated az blood woz pourin from hiz nose!

Darlow woz then fouled by an horrendous two footed tackle by Tranmere's Blackhouse----a sendin off for certain!---but NO! the ref pulled oot a yellow card instead and very luckily Darlow wosnt seriously injured with a broken leg!

We went in level at half time!

Chris Wood comleted the comeback with a heeded goal from a cross in the 52nd minute and The Geordie Times paparazzi camereman (me!) captured the moment hiz heed connected with the baall ! (See top photos)

More wrestling and some shirt pullin were captured by mee camera phone az the home side tried to kick us off the park! (Nee wonder Eddie sent oot a 2nd eleven at the start!) 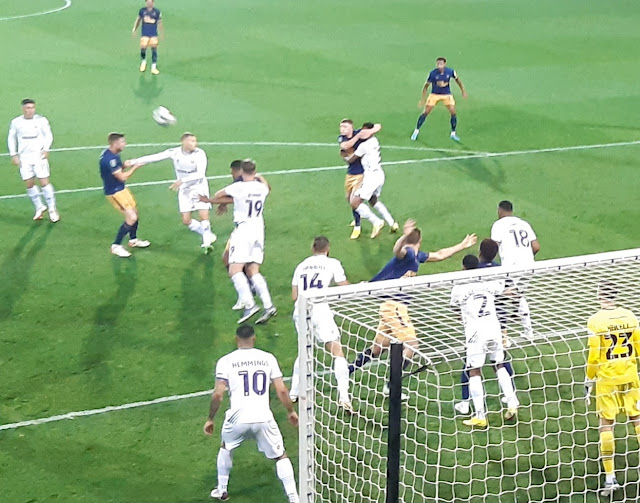 Forst team re-enforcements then came on in the shape of Botman, Joelinton and Bruno and we managed to haad on az the 4th official indicated 6 minutes of stoppage time! 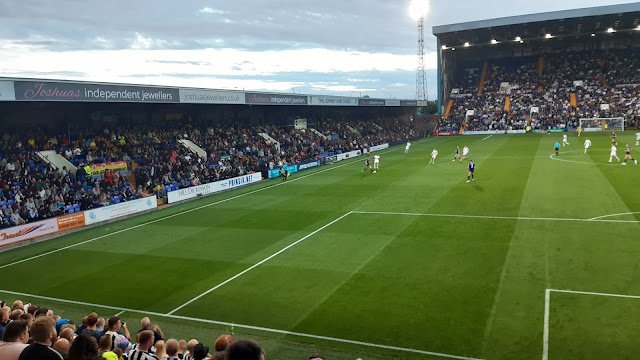 Not a classic for certain, but we entered the hat for the 3rd roond draw and listened on mee Tranny Van's radio az we negotiated motorway closures for roadworks etc!----Palace at home came oot of the hat---which woz just az well az it took nearly 5 hours to get back to Tyneside because of the roadworks!----A 3 mile jorney from wor hoose to SJP iz much preferable to the 400 mile roond trip to Birkenheed! (Where Tranmere play) 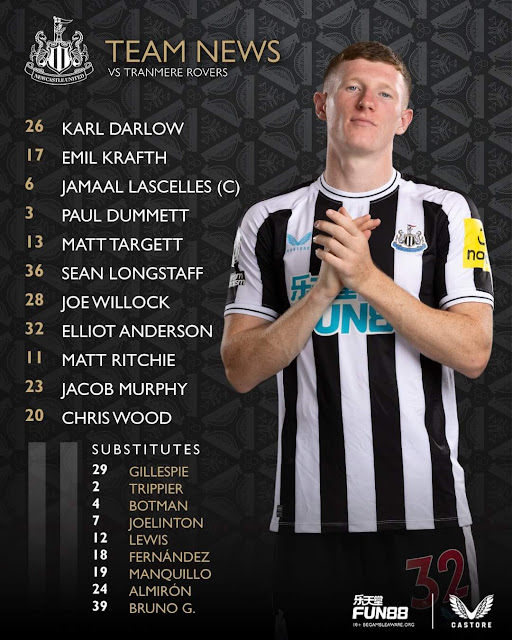 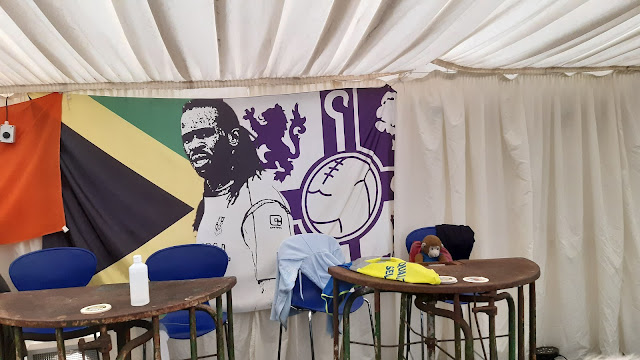 CAN YOO SPOT THE HARTLEPOOL MONKEY? 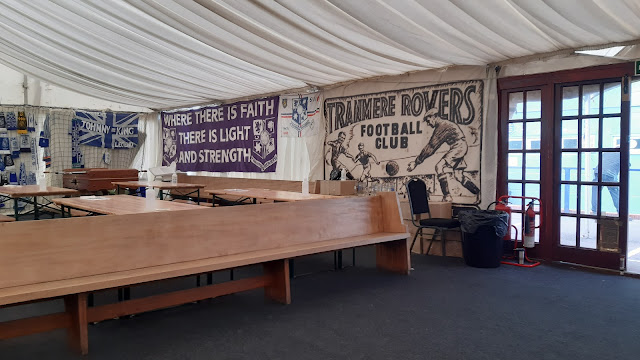 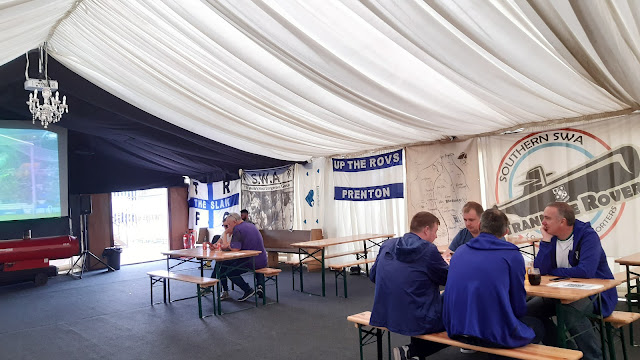 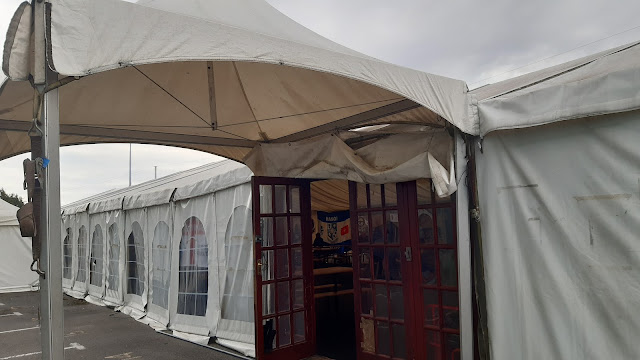 2: ABOVE PHOTOS FROM THE TRANMERE 'FAN ZONE' BEER TENT 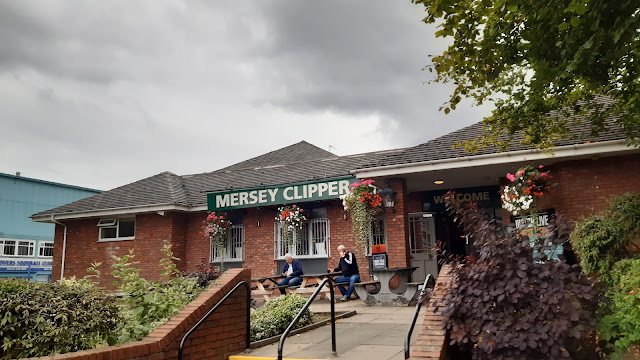 Posted by fink the mad-sad groundhopper at 13:30