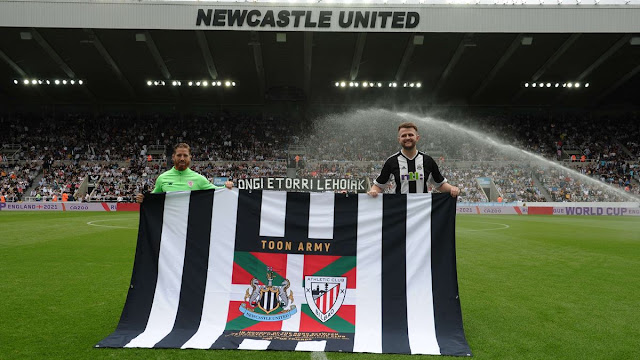 The mackems have said that they are not happy with the fact that Toon and Bilbao fans are good friends, az they say a mackem sailor named Arthur Pentland founded Bilbao in 1898 and gave them the red n white stripes of sund'lind! (See tweet from 'Bilbao Black Cats' below)

HOWEVER! This myth iz NOT TRUE as the articles below confirm! 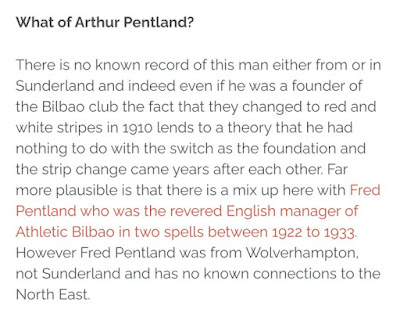 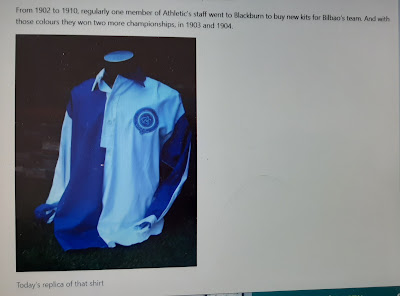 He couldn't get any so on his return to Southampton to catch the ship back to Bilbao, he bought some Southampton strips instead!

In other words the red n white strips they wear are those of SOUTHAMPTON FC and NOT safc! 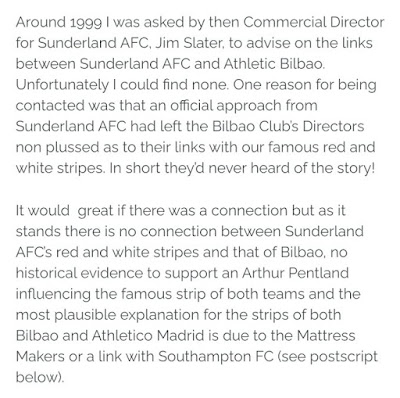 The safc Bilbao Black Cats have a massive fan base in Bilbao -----TWO MEMBERS!😅 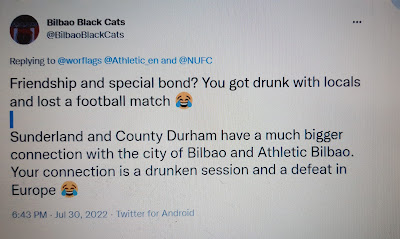 THE VENOMOUS, BITTER AND TWISTED TWEET FROM THEIR 'HUGE' FANBASE IN BILBAO! 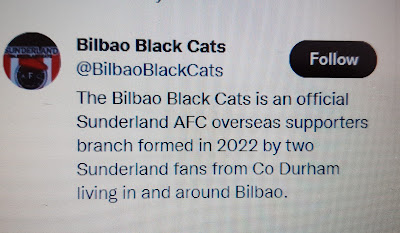 Geordie Times comment: We will NOT let wor special friendship with Athletic Bilbao be broken by a very bitter and delusional fanbase!----And it would be great if NUFC could arrange a pre season friendly with Bilbao on an ANNUAL basis, home and away!

Now that WOULD reeely anger them on wearyside!!!! (Wouldn't it just!)

Posted by fink the mad-sad groundhopper at 12:43