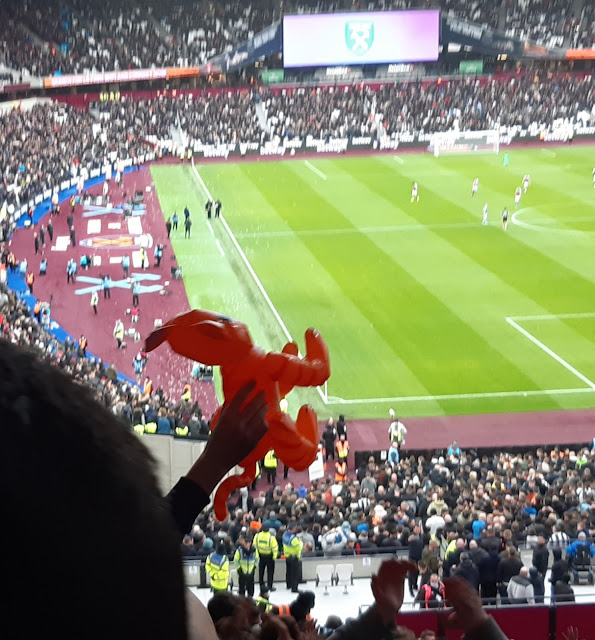 Day 2 of wor epic jorney to 'Landan' (Cockney slang!) (scroll doon for day 1 article!) started off in wor hotel in Eest Landan and after a quick wash n brush up it woz time for 'brekkies' and then onward to Hackney Wick for a few gargels before the '12:30 bells' kick off in 'The Baxter's Court' ale hoose    (Storm Eunice had died doon by this time!) 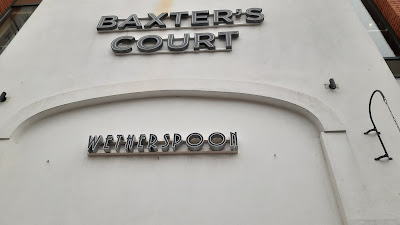 It woz then onward to the groond which woz a 15 minute waalk from the boozer, where the rain came doon az we waited in a lang queue to be checked with a scanner to make sure we wornt bringin in any flares etc!----We even had to take wor phones and keys oot wor pockets, like yi dee when yi at an airport!

But the anly things that were 'flyin' az we made wor way to wor seats were a load of inflatable orange cats, which were gettin hoyed aboot in the away end, in reaction to West Ham's Zoooma, who had notoriously kicked hiz pet cat alang hiz kitcken floor, which woz videoed by hiz brother and stupidly put on Facebook, for everyone to see! (Have they got NEE brains?) 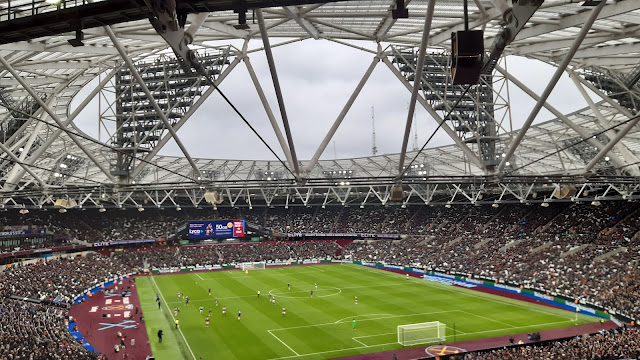 Anyway!---The game kicked off az NUFC attacked the goal we were behind and had several good chances in the orly periods!

'The Jellied Eels Mob' (jellied eels are a favorite delicacy in this neck of the woods) however took the lead in the 35th minute when Craig Dawson heeded home!

Bang on half time we equalised when Joe Willock toe poked the baall ower the line, before their goalie palmed it back into play, but it had just crossed the goal line az the ref checked hiz watch to conform a goal! 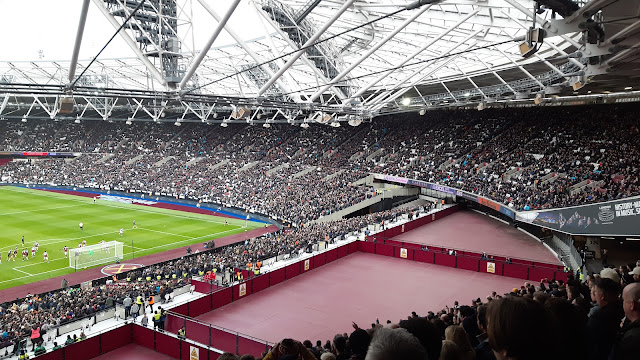 This sent the 3,000 Toon fans wild with delight and some of the 'orange cats' were hoyed into the home end az we celebrated!

The 2nd half started with chants from The Toon fans of : "Haaaaaay Kurt Zoooomaa, aa wanna know-o-o-o-o, do yoo kick your cat!" (Classic!) 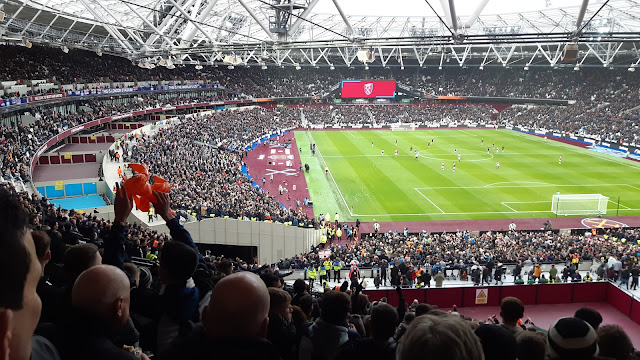 We were playin' well and could have grabbed the winner, but had to settle for a valauable point, to draw level with Evaatin in the table and just 1 point behind Leeedz and 2 behind Brentfaad, who we play away next Saturday in anothhaa trip to the capital city!

Results elsewhere DIDNT gan wor way this time, az both Wotfaad and Bornley unexpectedly won away!----The battle to avoid the drop isnt ower yet, and there will be many more twists and torns before the end of the season!

The encouragin news IZ that despite 3 key players oot with injury (Trippier, Wilson and St. Max) we held wor own against a team who are challengin for a Champions Leegue place!

That's 3 draws and 3 wins in wor last 6 games, and we havvint lost away now for 2 months (Liverpoool in December)

So its Brentfaad away at their NEW GROOND next week for 'The NUFC mad-sad groundhoppers', which will be 'a nail biter' for certain!

The train jorney back took a 'mere' 4 and a qwaata hours (normally 3 hours)----Thats ower 11 hours on the trains, plus anothaa hour on the tubes and overland rail in London to get to and from the match!

Exhausting and CATastrophic, to say the least! (sic!) 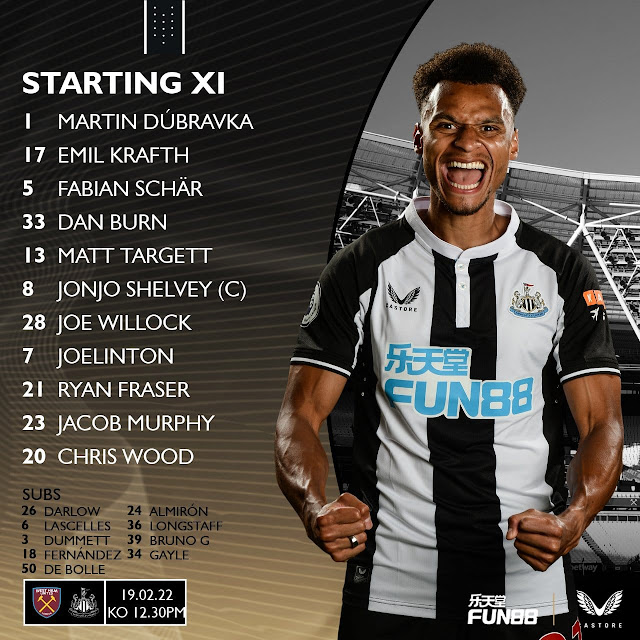 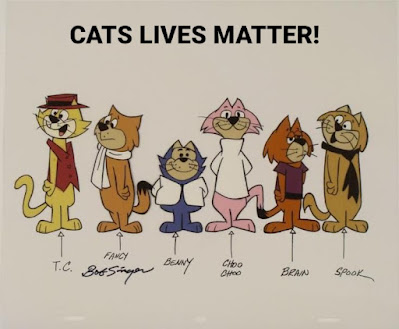 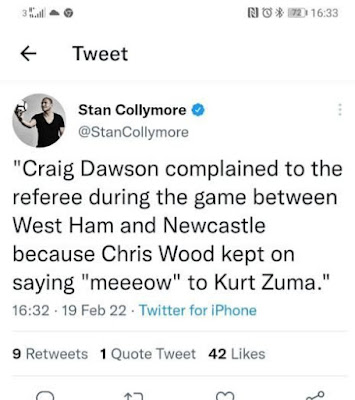 Not that we like Moan U  but they have just beaten Leeedz 4-2, which iz a great result for NUFC!

This meeenz that Leeedz are just 1 point better off than 'us', with the same games played, but with a worse goal difference!

The race to avoid the drop involves 10 teams now! (Half the Premyaa Leegue!)🤪👍

Lestaaz defeat at Wolves now brings them into the 'mix'  11th in the table and anly 5 points above 'us'! 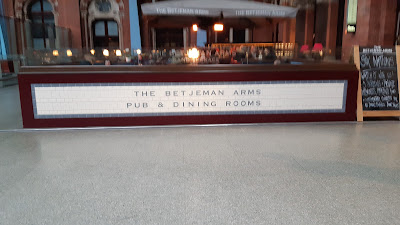 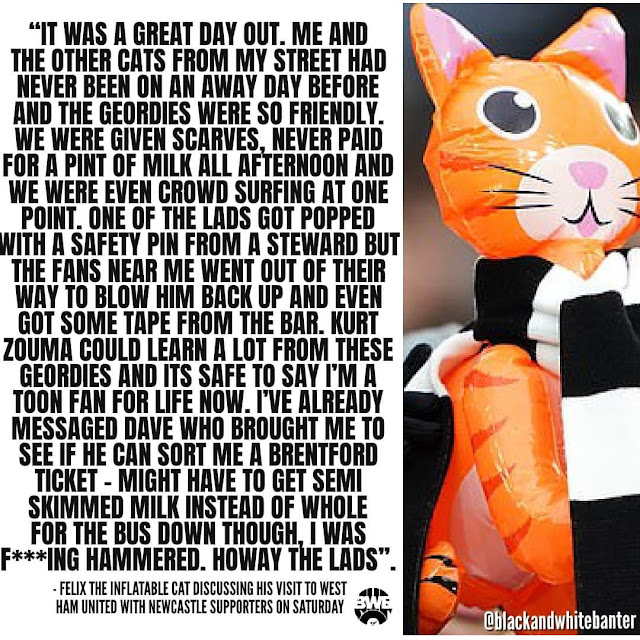