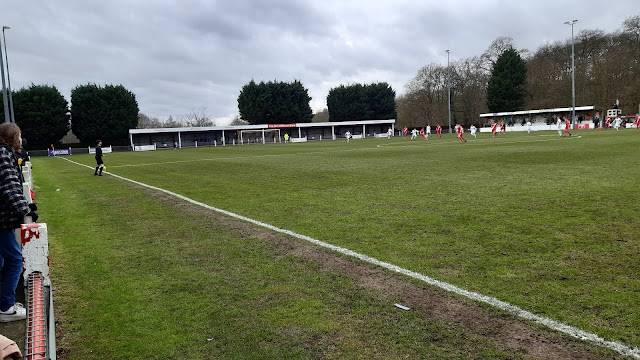 With The Toon havin' anothaa free weekend because we were knocked oot of the FA Cup at the 3rd roond stage, aa decided to dee a bit of non leegue groundhoppin' and heed for Lincoln where Dunston were takin' on Lincoln United in a Northern Premyaa leegue fixture! (A new groond for me and Dunston)

Aa booked a seat on the bus which takes players, committee men and supporters to away games!----The set up iz simple---the players sit at the back of the bus, the commitee at the front and the supporters in the hay diddle diddle!

The bus left Dunston's groond at '9:30am bells' for the 160 mile jorney to deepest Lincolnshire and wor forst port o call woz Ferrybridge sorvices on the A1M/M62 torn off.

After a 30 minute break at the sorvices it woz time to heed back to wor bus and onward to Lincoln. Az both busses looked exactly the same, some Dunston fans, includin the club photographer who shall remain nameless caalled 'Kel', got onto the Sheeelds bus by misstayk!

After some confusion they realised it woz the wrang bus and got off!---much to the amusement of the rest of us who got on the REET bus! 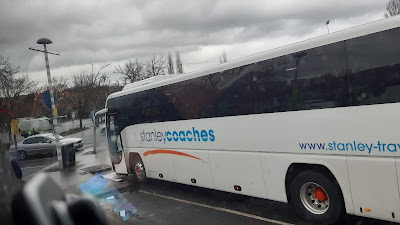 THE SOOTH SHEEELDS BUS NEXT TO WORS!

Imagine the scenario if the DRIVERS had got on the wrang busses by misstayk?----The Dunston team bus ends up in Buxton and the Sheeelds supporters bus ends up in Lincoln!!!!

Anyway!---the drivers DID get on the reet busses (thankfully!) and we arrived on the far ootskirts of Lincoln at '1:30 bells'-----enough time to shovel a few pints of Caffreys doon mee neck in the clubhoose next to the groond, with mee mates and Dunston diehards, 'Davy the Silver Fox' and Barbara, hiz better half! (who had travelled there by train!) 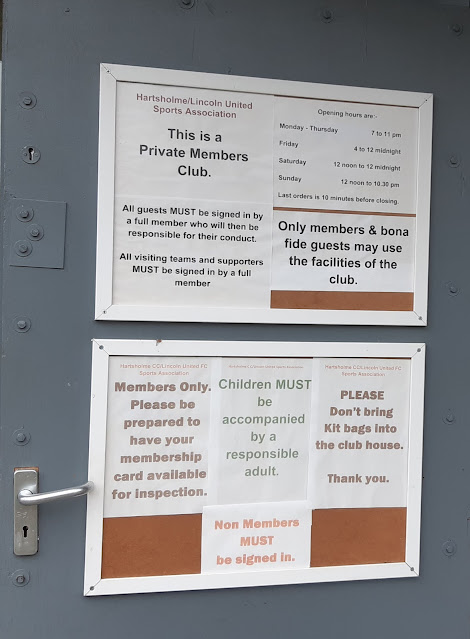 The groond looked very canny for this level of futbaall with some cover on aall 4 sides of the groond with conifer trees on 3 sides and a block of flats and a cricket pitch behind the goal to wor right! Unfortunately the pitch wozzint in such good nick! (Understandable at this time of the year!)

On entering the groond a bought a raffle ticket from a Lincoln supporter!

The winnin prize woz a bag of vegetables, includin' carrots, turnips and a cabbage!

If aa'd won aa'd have took the carrots and turnips yem for wor lass and sent the cabbage to a certain person who haz just become manager of a West Midlands club near Bormingham! (Anly 'ONE guess' to get this one reet!) 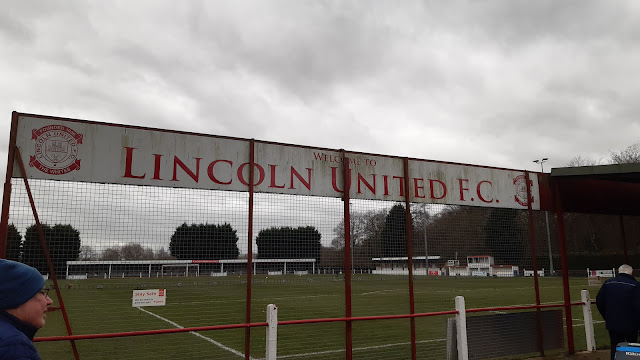 The attendance however woz low and aa guessed that there were aboot 150 az the game kicked off, includin' aboot 25 from Dunston (thats includin the commitee)

Within 5 minutes 'The Bad Blue Boys' (who were playin in aall red!) were behind when a lang throw wasnt cleared and Biggs fired home from aboot 15 yards oot, to give Lincoln the lead!

It didnt last lang however, az Dunston hit back with a fine shot from Richie Coulson at 'The Conifer Trees End' in the 9th minute! 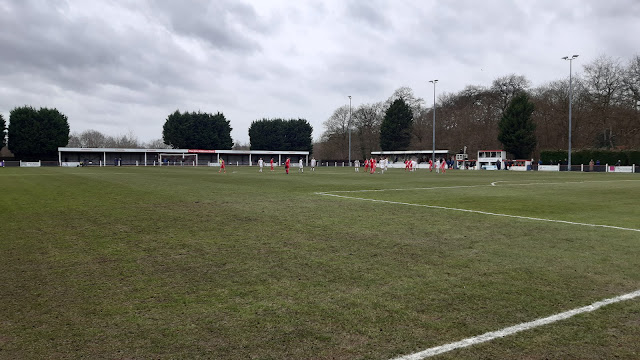 They were soon 2-1 up when Jack Elliott fired past their keeper to gan in aheed at the break!---A mad dash to the clubhoose for a swift 'gargel' then followed, before retornin for the 2nd half!

Lincoln equalised in the 53rd minute when a shot from Park seemed to gan through the Dunston keepers legs and into the net!!!! 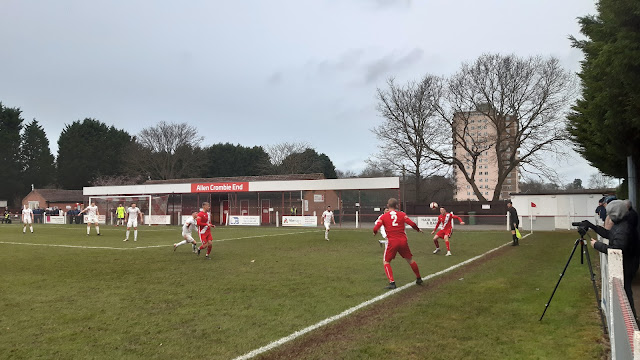 A penalty woz then awarded to Dunston at 'The Block of Flats and Cricket Feeeld End', but Michael Fowler's shot woz brilliantly saved by Steggles in the home goal!

A heartbreakin' last gasp winner by Lincoln's Cotton who poked the baall into the goal, sealed the victory for the home side and 'The Bad Blue Boys' went home pointless! 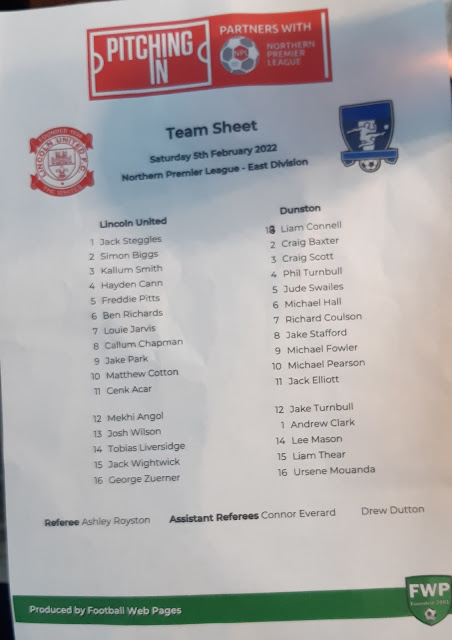 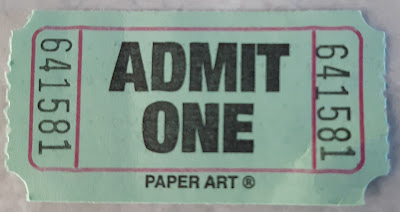 * PS: On the bus back we hord that Bornley had drawn nil-nil with Wotfaad----the best possible result for NUFC in the relegation battle, az both team dropped 2 points and didn't improve their goal differences!

PPS: Never hord back if aa'd won the raffle!🤔