Attendance: 99 (Glennn from Ashington coonted them-!) 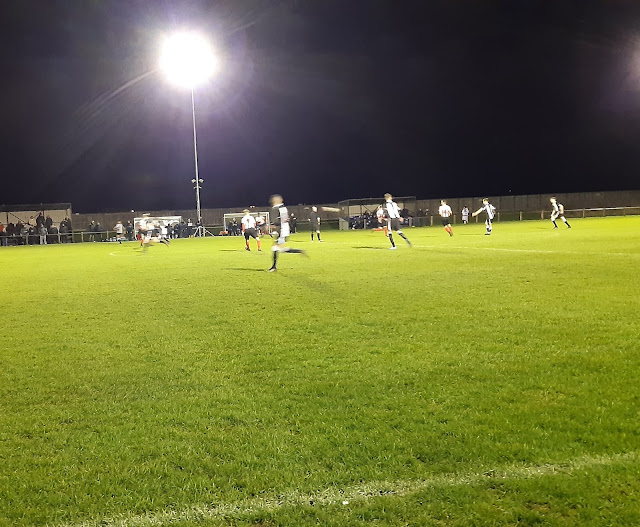 "A CRUSADE TO JARROW!"

A forst for me!---the 'forst time' a'd ever watched wor Under 15s in action!   When aa hord that we had a game at Jarrow, aa thought it must be Jarrow Roofing's groond----but it woz a groond where a team caalled simply 'Jarrow FC' played and that in fact Jarrow Roofing had been wound up! (Jarrow play in the Northern Leegue Division 2)

A new groond and a forst 'crusade' to Jarrow (sic!) woz too much of a temptation to miss, so aa booked a days hol from work so aa could gan and travelled on the Metro to the weirdly named 'Brockley Whins' station, which iz a 15 minute waalk from the groond, through a hoosin estate! 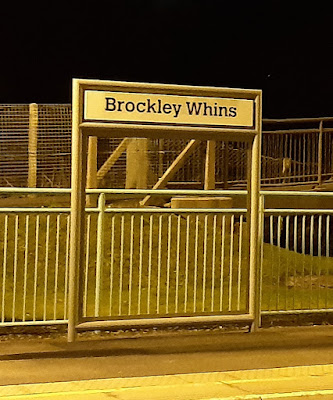 This woz the 'home groond' of wor fiercest rivals The SMBs for this game!  The thing aboot the U15s iz yoo divvint get teamsheets or players names and so for the forst time ever aa didnt naa ANY of the players who pulled the black n white stripes on! (Players names for these games are not given) 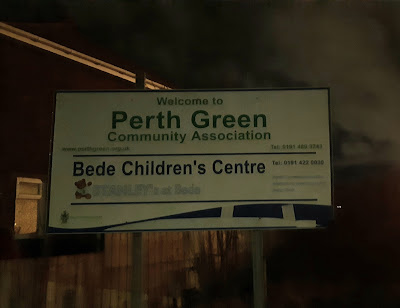 3 Other 'NUFC mad-sad groundhoppers' were in attendance, namely 'Biffa the Beer', 'Glennn from Ashington' and 'Blondie Alan the Morris Dancer'!

The goalposts to the left of where we were standin' looked az though they were leanin' back at an angle!--(No!---aa wasnt half p*ssed!)

The game kicked off and the mackems went straight on the attack, but couldnt find a way through wor defence az we attacked 'The Wonky Goalposts End'! (It had to be!)(see pic below!) 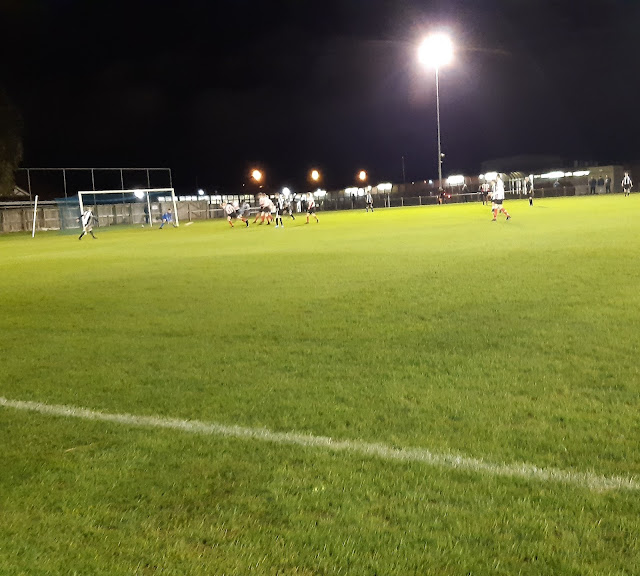 The breakthrough came in the 15th minute when a fine save from the Toon keeper fell to the feet of one of their forwards and he pocked the baall into the net at 'The Brockley Whins Metro Station End'!

We just couldnt get oot of the blocks and a 2nd goal for them came bang on half time to put us 2-0 behind!

It woz soon 3-0 after the restart after wor keeper had made some excellent saves, but the mackems were too strong and a 4th goal soon followed!----ne way back now!

Near the very end NUFC got a consolation goal with a fine shot from one of wor forwards who's name of course none of us knew! 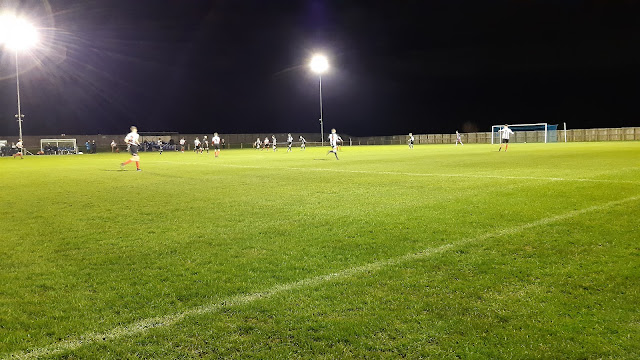 A ride back on the Metro with 'Glennn from Ashington' to The Toon for a quick 2 pints in The Junction bar next to The Haymarket Metro station followed, to drown wor sorrows! 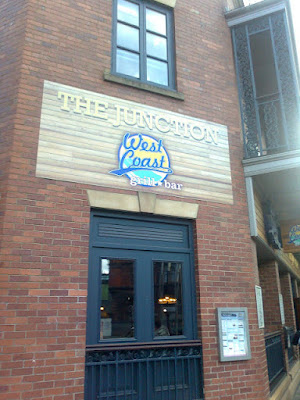 Posted by fink the mad-sad groundhopper at 13:22