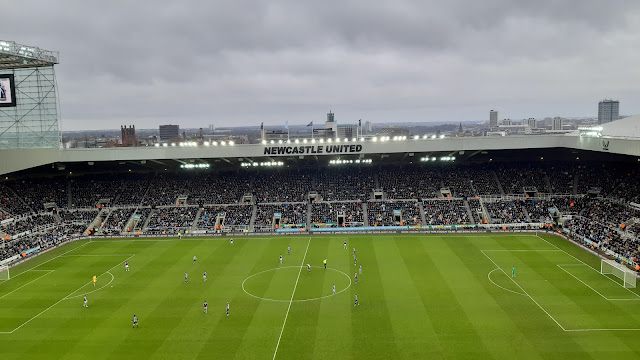 For the 3rd game in a row we won, but this woz tempered by the news that Kieran Tripper haz broken a bone in hiz foot, which iz devastatin news for aall Toon fans!

A VAR penalty decision went against us in the 30th minute of the forst half az we attacked The Leazes goal----A free kick on the edge of the box woz awarded instead and Kieran Trippier stepped up to take it and for the 2nd game in a row az it flew into the net to rapturous applause and celebrations from the Toon fans! 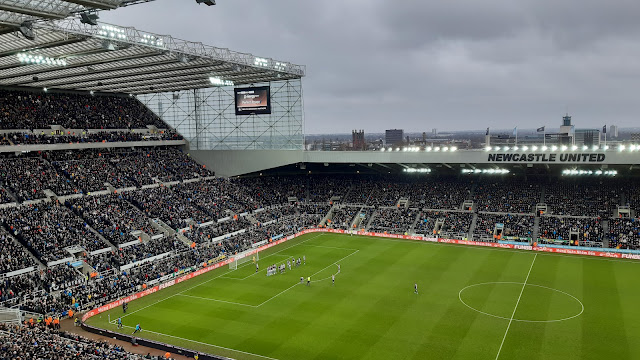 And then at the start of the 2nd period he went doon near the dugoots and worryingly stayed doon for a while, before bein helped of the pitch!----Later photos show him on crutches at the RVI in the shadows of SJP with a foot cast on!----Bad news indeed for aall concerned! Villa scored in the 62nd minute but after a very lengthy VAR check the goal woz (thankfully!) disallowed for a hairline offside to loud cheers of relief! 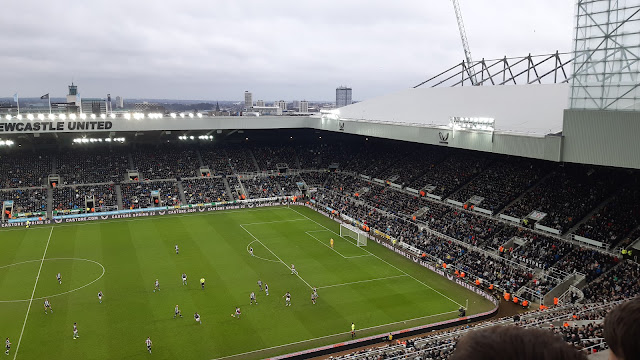 NUFC held on in the 2nd half and 7 minutes stoppage time woz added for Trippier's injury and a medical emergency in The Gallowgate End! (We thought that 10 minutes would be added---but we wornt comlainin!)

WE held on to win the game, but it woz indeed a bitter sweet moment az we applauded and cheered the players off the pitch!

The win takes us 4 points clear of the relegation zone, a point behind Evaatin and 2 behind Leeedz!

But how will we fair withoot wor new talisman and captain, while he iz oot injured???? (It woz later conformed that he had a broken metatarsal!) 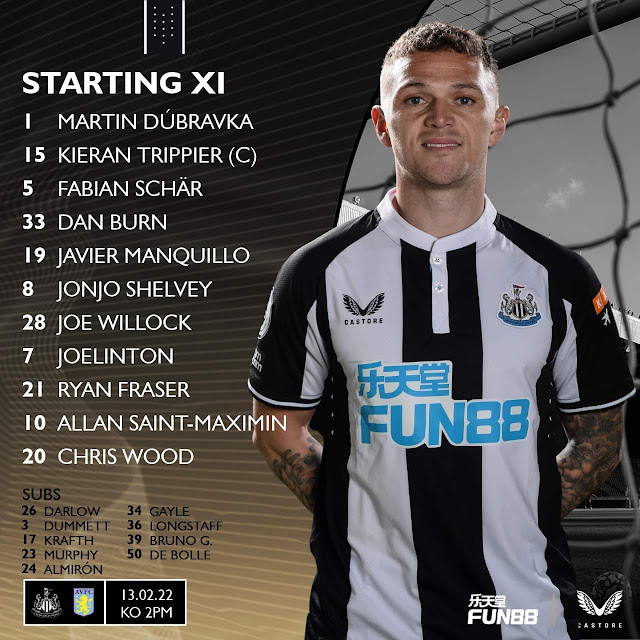 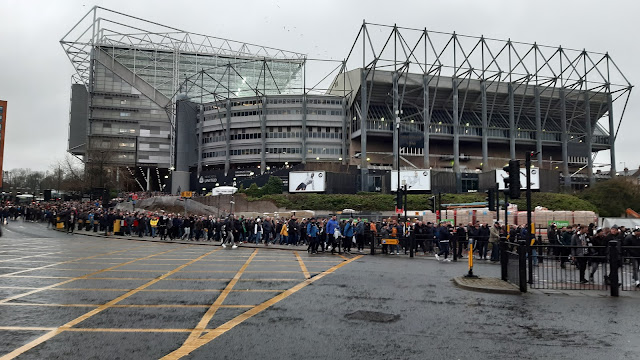 Not such happy news an hour later!