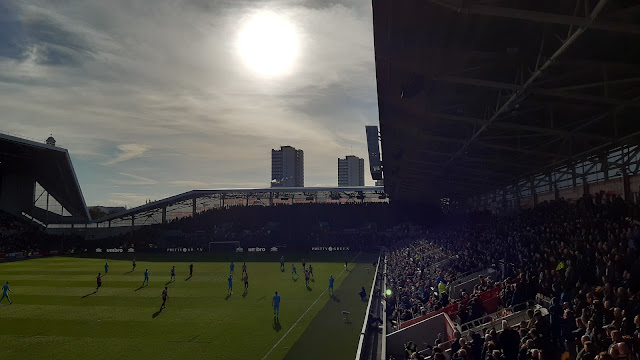 This woz the 59th different groond that The Toon had played a Premyaa Leegue game on, and The Geordie Times haz been to each and every one of them now!

The train doon from 'The Central' (station) took ower 4 hours to get to King's Cross (London) and we made straight for Hammersmith in west  London, when we got the forst of many gargels!

2 boozers are reet next to each othaa ower the road from Hammersmith tube station and that's where we plonked worselz doon for the pre match 'gargels', until it woz time to heed for the game! 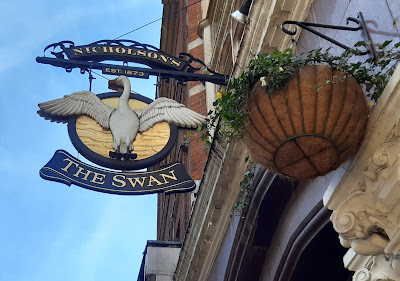 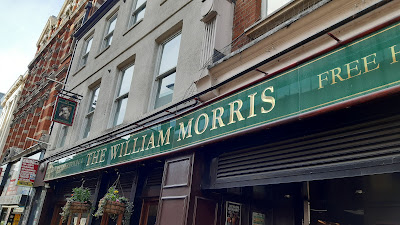 A half hour tube ride to Acton and a 20 minute waalk to the groond followed, but this must be the most hidden groond in the UK az there are blocks of flats and other high buildings surrondin' and hidin' the brand new stadium!----The away fans are segregated az yoo approach the tornstiles and again, fans had problems gettin in az some tickets wouldnt work in the scanners! (Like at Leeedz)

Luckily mine 'scanned' and 'in aa went'----the concourse woz packed az usual and aa had to fight mee way to the 'tool-shed' (p*ss corner!), before aa heeded for mee seat in row 16! (Its a brand new---so why didnt they make the concourses bigger?)

To be honest aa wasnt impressed with the stadium at aall, az the roof at the far end goal suddenly sloped doon at the left hand side, where some tower blocks owerlooked that stand! 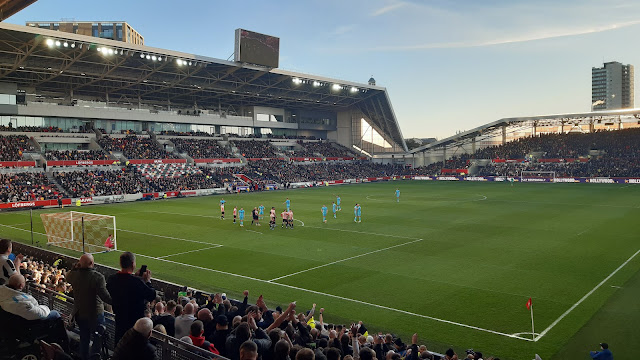 With a capacity of anly 17,000 this iz currently the 2nd smaallest stadium ever, to grace the Premyaa Leegue (Bournemoooth woz the smaallest with just 11,000 seats) This iz in total contrast to other London top flight clubs like West 'am, Sporz and The Arse, who aall have 60,000 capacities!) Chelski's iz 42,000, Palliss iz 27,000)

Brentfaad were on a very poor run with just 1 win in 10 before the game, while we were on a 6 game unbeaten streak----and this bore oot az the match started, with The Toon playin' in wor aall light blue strip!  We attacked 'The Tower Blocks End' (wot else?) in the forst period and were well on top when the definin' moment of the game happened in the 11th minute when a bad tackle by Brentfaad's Dasilva had Matt Target lyin' in agony just ootside the box!

It went to VAR and the ref went ower to the pitchside monitor to check the tackle and a red card woz produced to put them doon to 10 men for the rest of the game!

NUFC then went for 'the jugular' and a pinpoint cross from Ryan Fraser in the 33rd minute foond Joelinton's heed and he nodded in a with power to send the 1,700 faithful wild in the away end opposite!  Joe woz SO excited by hiz goal that he ran the full length of the pith to celebrate with us!

We were completely on top and it woz nee suprize when we doubled wor lead 10minutes later when a Fabian Schar cross foond Joe Willock and he hammered the baall into the net to 'sting The Bees' (Brentfaad's nickname!) 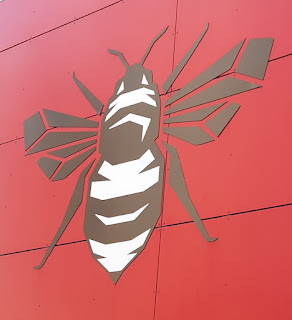 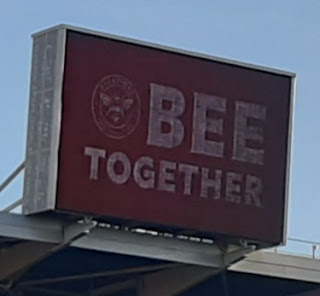 That woz the score at half time and though The Toon couldnt add anymore it woz a comfortable victory whic saw us climb to 'the dizzy heights' of 14th in the table and 4 points above the relegation zone! 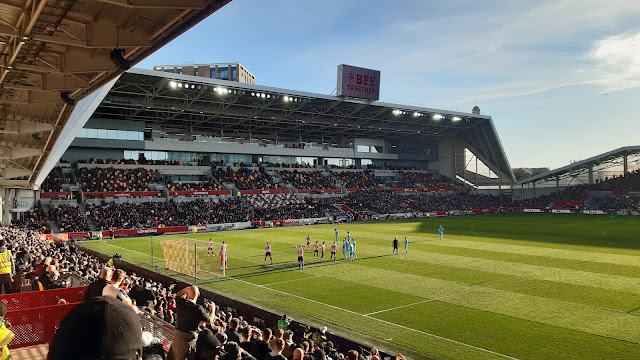 A special mention must be made for Brentfaad's Christian Ericson who got a standin ovasion from BOTH sets of fans az he came on at the midpoint of the 2nd half! (He suffered a cardiac arrest on the pitch aboot a year ago and many thought he would never play again!)

On the final whistle at '5 to 5 bells', we made a mad dash to the exits and back to Acton station----We were on the '6:30 bells' train back to The Toon (the last direct train!) and made it with 30 minutes to spare! (Brentfaad iz aboot 10 miles from King's Cross station) 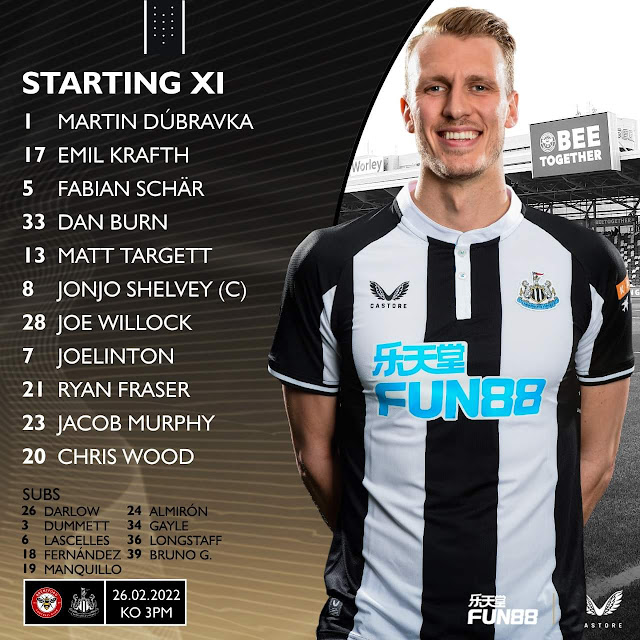 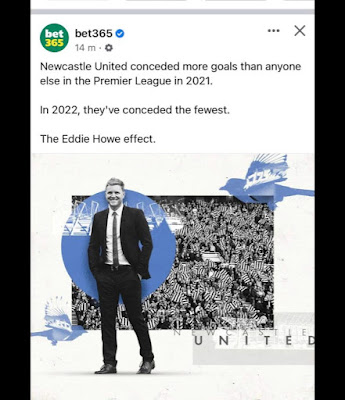