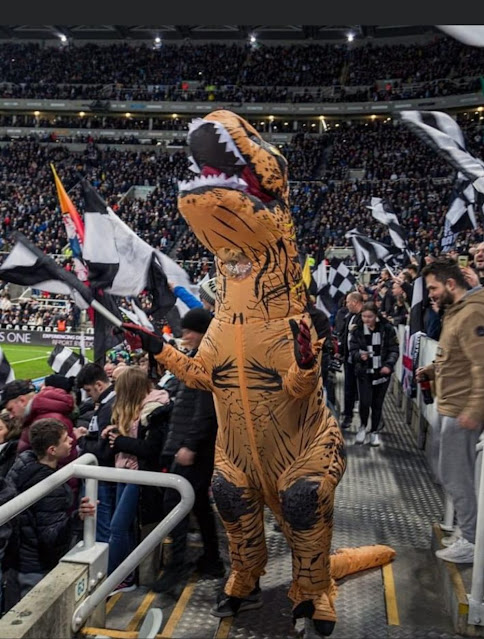 Wor best win for many a year and I meen that most sincerely folks!

The crowd were certainly up for it and gave their backin from the kick off to the final whistle az we came back from an unfortunate own goal by Lascelles at The Gallowgate End in the 36th minute----to level things at The Leazes End 2 minutes later with anothaa bizzare own goal after Lascelles's heeder rebounded off the bar and hit an Evaatin defender and the baall ended up in the net!

We went aheed 11minutes into the 2nd half when Saint Max sent in a low cross and Ryan Fraser poked the baall home from 5 yards oot!

The decisive goal to give us a 2 goal margin came from a fantastic 'rocket shot' free kick from Kieran Trippier 10 minutes from time from ootside the box, which gave 'Little Arms Dinosaur' Jordan Pickford nee chance az the baall squeezed just inside the near post to send the vast majority of the 52,000 crowd into level 10 decibel noise! 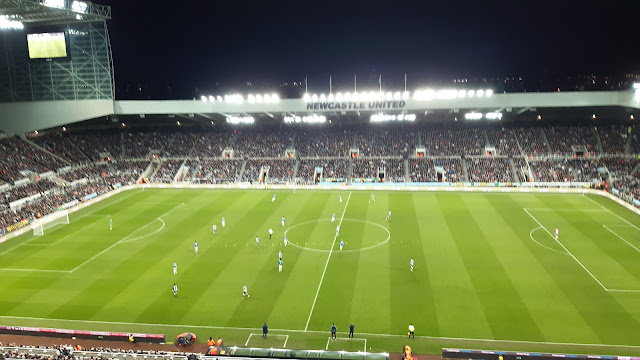 'Little Arms' the mackem 'dinosaur', it shud be said, took merciless stick from the moment he took the field to the last minute and one joker in the front of The Leazes End wore a dinosaur's costume in 'tribute to him!!!🦖 (Pickford even sarcastically waved to the crowd in The Milburn Stand az he came off the pitch at full time!!!!)

A great 3 points to lift us oot of the relegation zone and just one point behind wor opponents!!---But wait a minute!---Nohrich play tooneet and will gan above us if they win against Palliss---which in torn will send us back into the 'mire'!----SO! divvint coont yaa chickens "er!" 'dinosaurs' yet az there iz still a lang way to gan!🐣🦖🐣🦖🐣🦖🐣 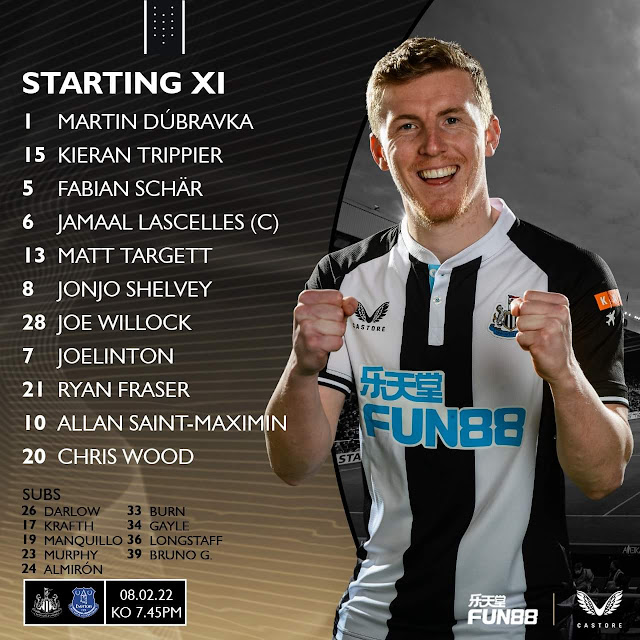 The moment Pickford spots a long lost relative in The Leazes End!