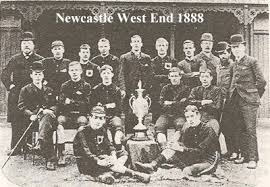 This iz the orliest known photo of a stand at St James' Park in 1888 when Newcastle West End occupied the groond
(Oliver Hardy iz on the far left and Stan Laurel iz on the far right!)---HONEST!

Newcastle East End took over the ground when West End folded and a small wooden stand can be seen in the background filled with bowler hatted gentlemen!
This photo woz taken in 1890

The forst ever game of futbaall at St. James' Park took place 142 years ago on 16th October 1880 when a Newcastle Rangers 'Captains X1' took on 'Others' who had 15 players on the field!
Rangers anly had 11 players but won 6-1!
The Daily Journal recorded that: "The new ground is very nicely situated. It is 120 yards by 60 yards broad and is comparatively level!"
Rangers headquarters were recorded as: 'Strawberry House, 78 St James' Park' and Rangers christened the ground St. James' Park az it woz next to St. James' Street which iz still there in the shadow of The East Stand!

*By amazing coincidence aa got married to Val on 16th October 2005 at St James' Park!---on the 125th anniversary of the forst game!

PS: I tell people I got married to Val in a cathedral!
"The cathedral on the hill!"---az Sir Bobby Robson caalled it! 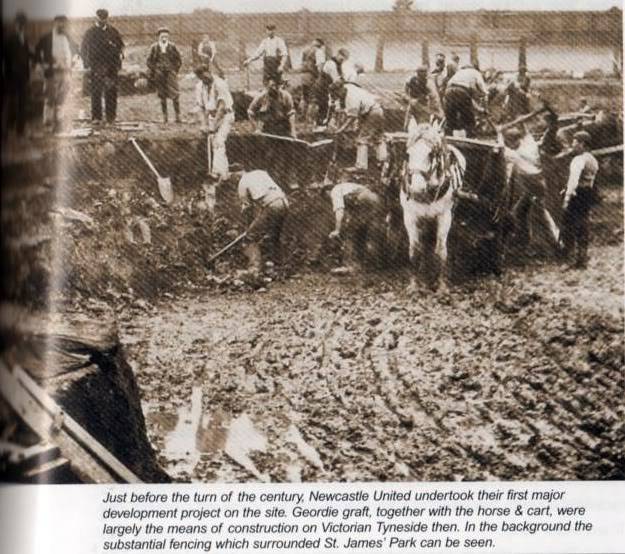 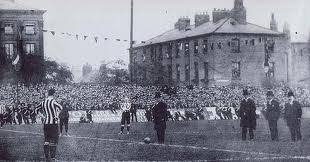 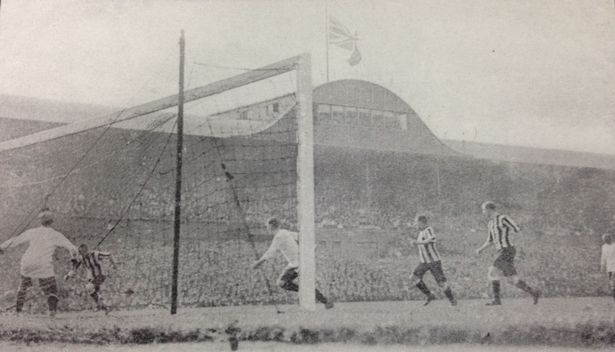 SJP 1905 WITH THE 2ND WEST STAND IN THE BACKGROOND 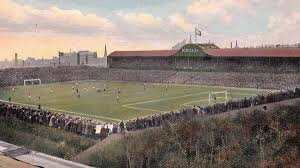 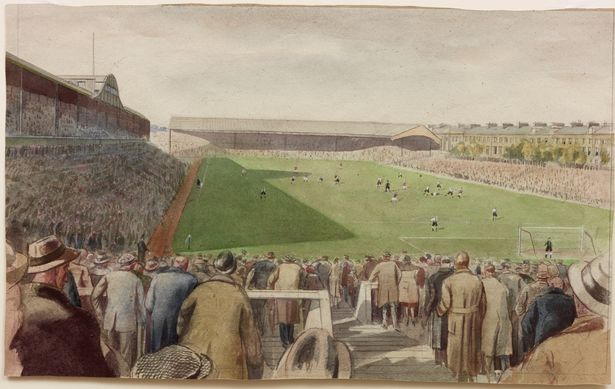 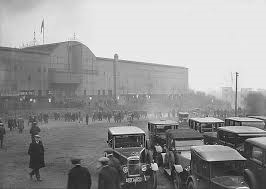 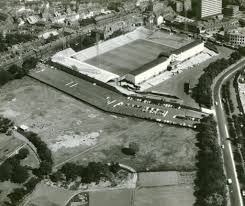 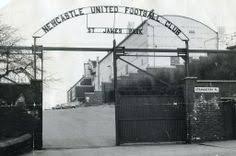 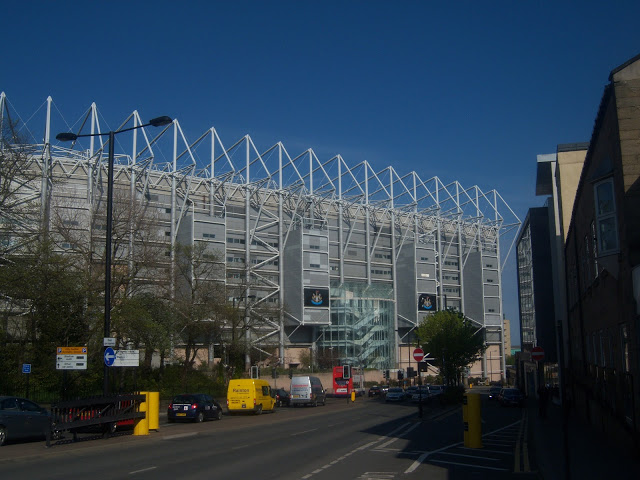 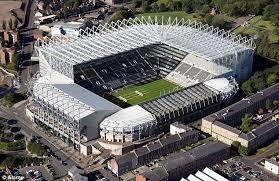 SJP 21st century "The cathedral on the hill!"

Here are some fascinating newsreel photos from a game v Liverpool 121 years ago in 1901
NUFC won 1-0 with centre forward Bob McColl scorin' the anly goal, watched by a crowd of 20,000 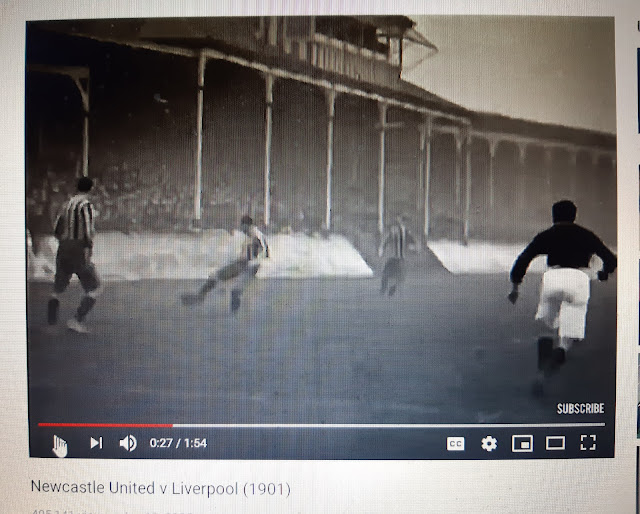 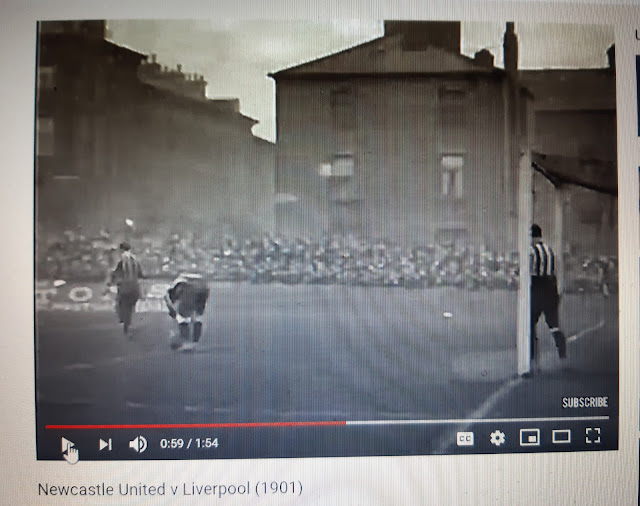 THE POPULAR SIDE (NOW EAST STAND) WITH LEAZES TERRACE (LEFT) AND ST. JAMES' STREET (RIGHT) WHICH THE GROOND WOZ NAMED AFTER 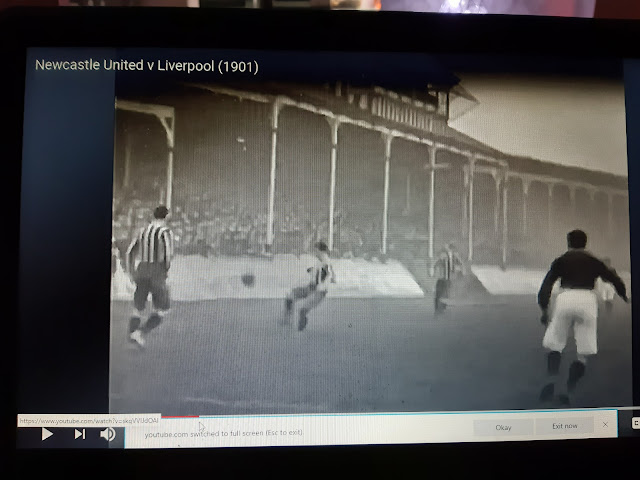 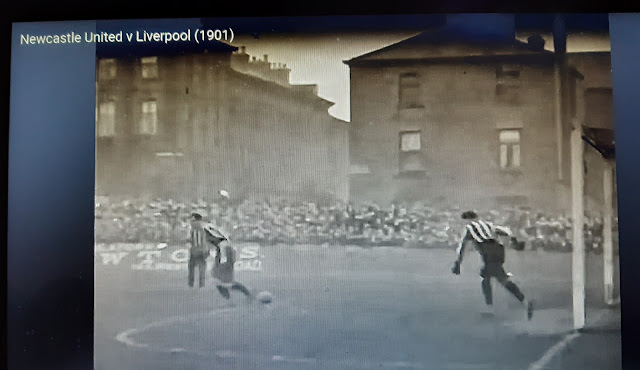 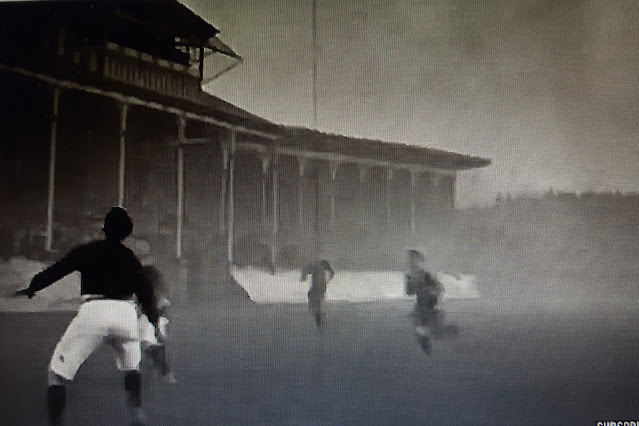 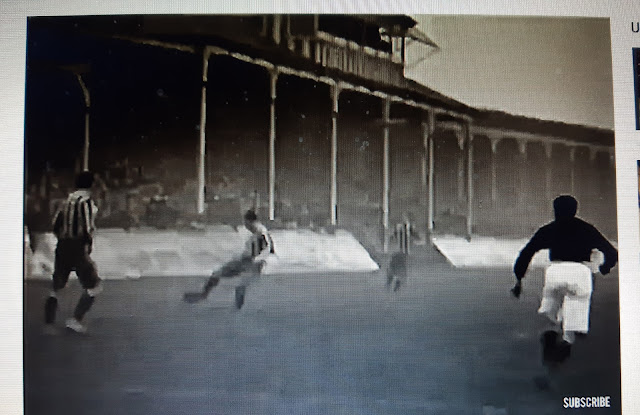 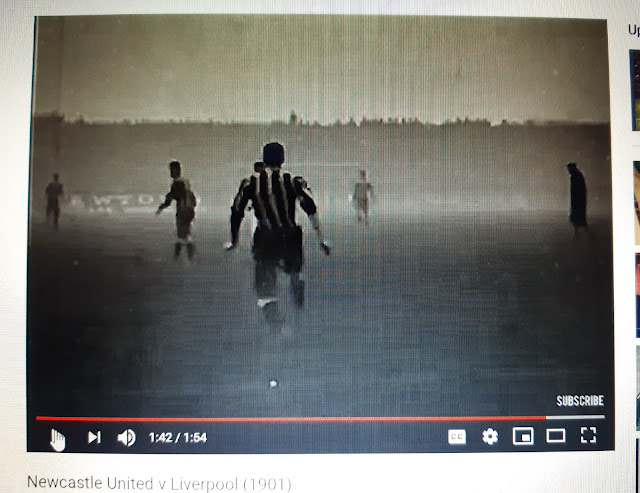 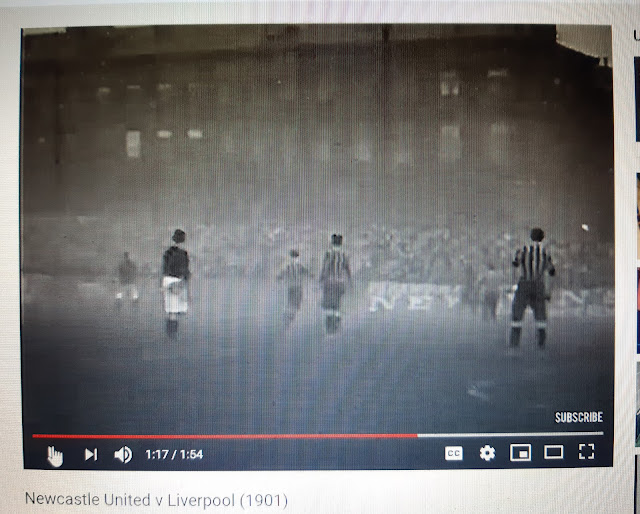 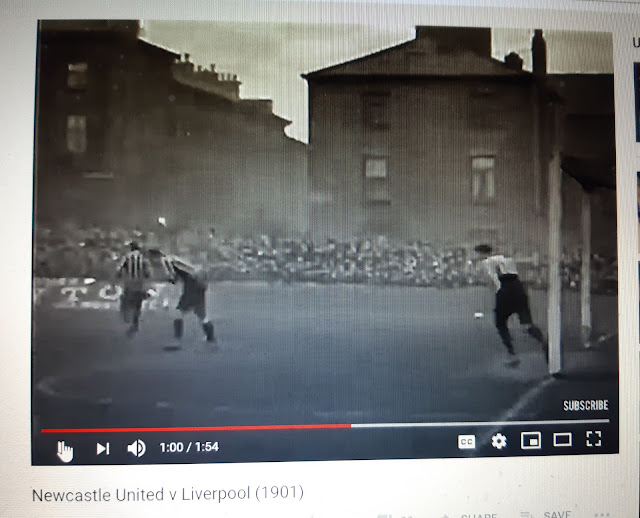 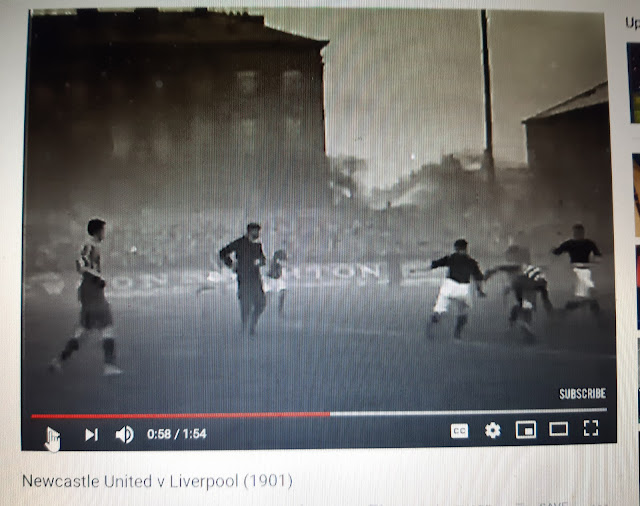 NOTE THAT THE REFEREE IN THE MIDDLE OF PHOTO IZ WEARIN' A CAP
Posted by fink the mad-sad groundhopper at 12:00