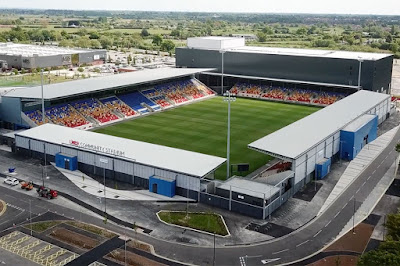 This season isn't even finished, yet we have news of 2 pre season friendlies that have been arranged for the SAME DAY on Sunday 18th July, when we will split the 1st team squad between the 2 games at York and Harrogate! (25 players are allowed in a 1st team squad)

The good news iz that a new groond iz on the list--York City's new stadium on the outskirts of York!

Harrogate Toon iz the other game on a groond we have previously visited in 2002 when an NUFC resorve side visited their Wetherby Road groond!

So guess which game we are gannin tee!?

Hopefully things will be back to near normal by then and 'The NUFC mad-sad groundhoppers' can tick a new groond off the list, after more than a year since we last visited one! (Rochdale's Spotland groond in January 2020)

The game iz a dead rubber of course az we are safe from relegation and Man City are newly crowned Premyaa Leegue champions--- and they will probably send a very weakened team, with the Champions Leegue final in their sights at the end of the month!

Still too strong for us no doubt, az we watch on from a laptop in The 🍓 boozer ootside balcony, ower the road from SJP!

A full Geordie Times match report on the game will appear here, az per usual on Saturday! 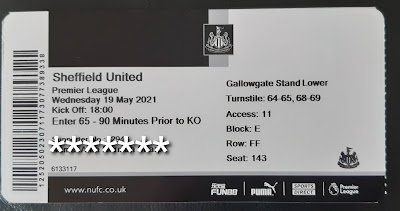 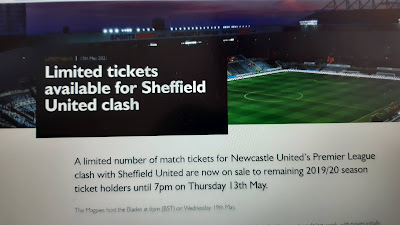 The fact that we couldnt sell 10,000 to 23,000 loyal fans, shows just how much the fans are disenchanted with the club at this moment! And remember, we havint been to a live game for well ower a year!

We dont know of ONE FAN who applied for a ticket who woz refused! 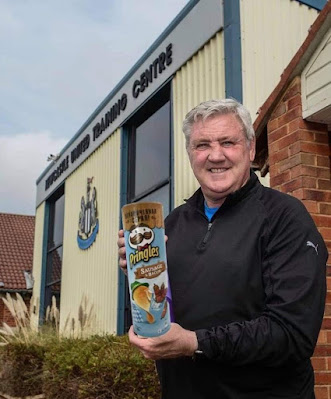 HE WINS THE TOP PRIZE!
Posted by fink the mad-sad groundhopper at 12:00