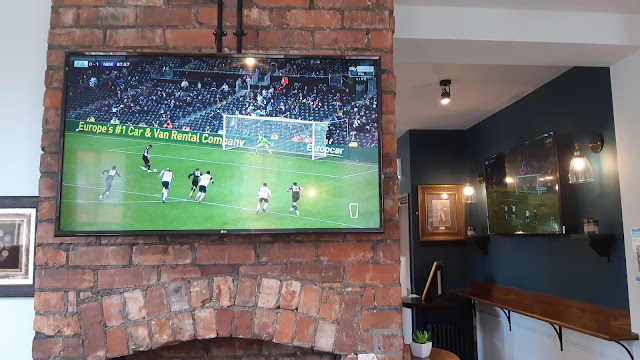 3 of us watched this game in Rosie's Bar, within hocklin distance of SJP, against a Fulim team aalready relegated!

NUFC took the lead in the 23rd minute when Joe Willock ran 3 qwaataz the length of the pitch to score a breathtakin goal at The Hammersmith End with a great shot! Hiz 7th goal in 7 consecutive games, which equals Alan Shearer's record in the Premyaa Leegue era! 👏👏👏👏👏👏👏 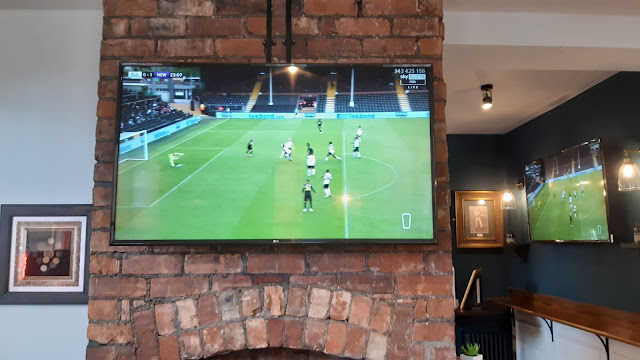 JOE WILLOCK GOAL (IN THE DARK STRIP IN CENTRE OF PIC)

There were then lang periods of the game where we went off the boil, with the home side nee better!

The final nail in Fulim's coffin⚰ came near the end when Matt Richie woz (alledgeldy?) clipped in the box and the ref pointed straight to the spot! (We thought VAR would owertorn the decision, but thankfully, didn't!)

Fabian Schar took it and casually placed the baall into the corner of the net, to double wor advantage and seal the 3 points!

Amazingly aall the other results went in wor favour and we climbed from 15th to 12th place in the final leegue table!

There were supposed to be no away fans in attendance, but we know personally of at least 2 Toon fans who somehow gained admittance to the game!  And one of them sent The Geordie Times photos from the Putney End of Craven Cottage (appropriately, the 'away end' when we can gan back!) 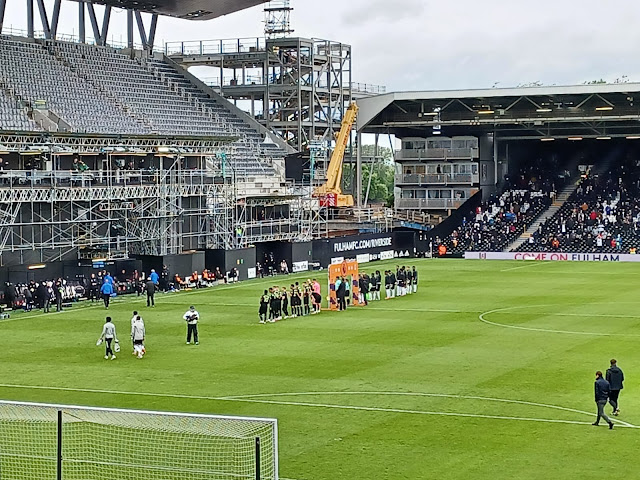 We can't divulge hiz/her names az they of course shouldn't have been there!  The fan in question who took the photos tells us that apart from him and a hiz mate, he spotted TWO more fans, to make a total of 4 Toon fans in the 2,000 crowd! (That we know of!) 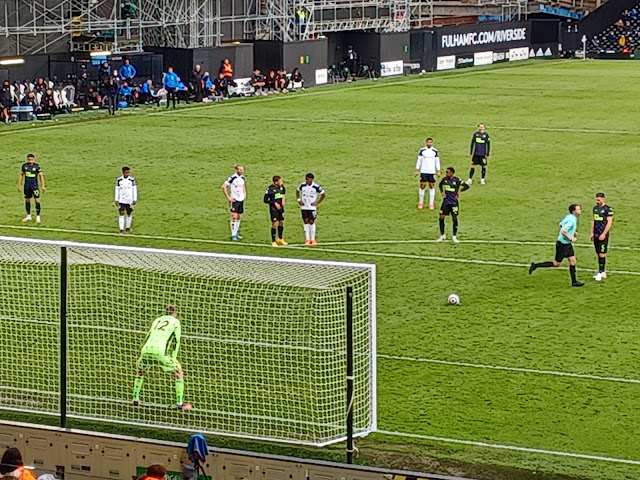 FABIAN SCHAR (NEXT TO REF) PREPARES TO TAKE THE PENALTY!
VIEW FROM A TOON FAN'S SEAT IN THE PUTNEY END!

Jealous?---That the rest of us had to watch from pubs and at home? No way! Well done to the 'NUFC mad-sad groundhoppers' who got in! 👏👏👏👏

SO!-At least a handful of diehards witnessed this win in person!

Hopefully next season we will have a full compliment of fans at EVERY away game!

At the end of the game Brucey came oot with another one of hiz nonsense comments: 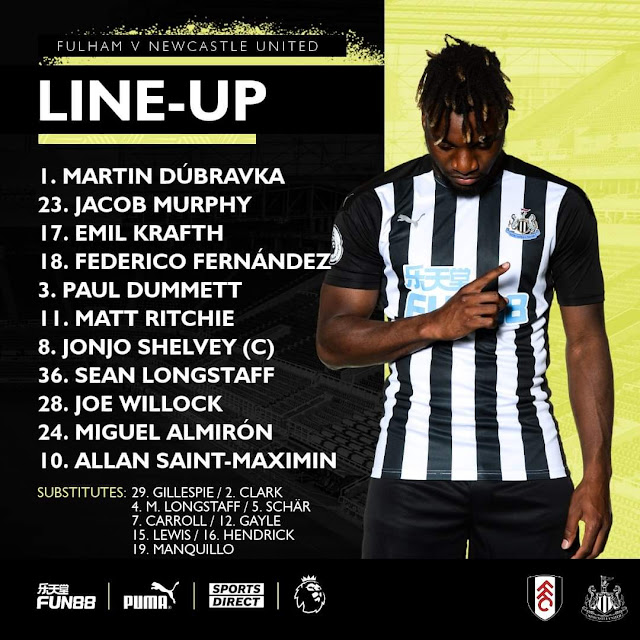