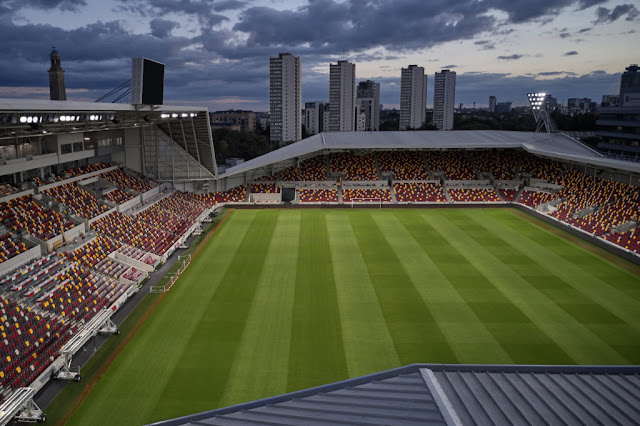 This will be Brentfaad's TENTH attempt to win promotion via the play offs!---10th time lucky?

Aaall 'The NUFC mad-sad groundhoppers' will be rootin for red n white striped Brentfaad to win promotion to the big time, az this will be a new groond to visit next season and Swanzee's won't!

We will be watchin on from Rosie's Bar, which iz within hocklin distance of SJP!

And then tomorrow Lingkin (Lincoln), anothaa team who play in red n white stripes, will be tryin to win promotion to The Championship in the Leegue 1 play off final and we want THEM to win az well, coz they knocked the SMBs oot at the semi final stage! (They play Blackpoool in their final!)

PS: Despite 21,000 allowed into the FA Cup final, anly 12,000 will be allowed in today and just 10,000 tomorrow, despite desperate pleas from the clubs involved for an increased allocation!----This 'logic' beggars belief! 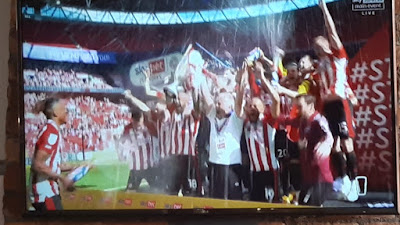 Joyous news from Wembley for the 2nd week in a row az Brentfaad won 2-0 !🤪👍

(The non leegue team beginning with  the letter 'H' who we love to hate lost there last Saturday!)