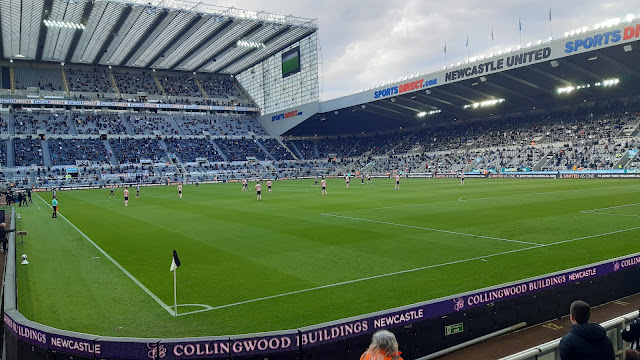 Mee match ticket said arrive up to 90 mins before kick off, but I woz having none of that nonsense and torned up an hour before--just in case they were awkward at the turnstiles!

A quick check of mee photo identity on mee HGV licence and aa woz 'in'!

There were nee programmes on sale or food and drink outlets open, so aa made for mee seat in row FF of the Gallowgate End and settled doon!

The Toon players came oot to warm up to loud applause 👏 from the 'faithful!

By the time kick off approached, aa looked alang the row aa woz in and aa could see that aa had at least 50 seats to meesel! 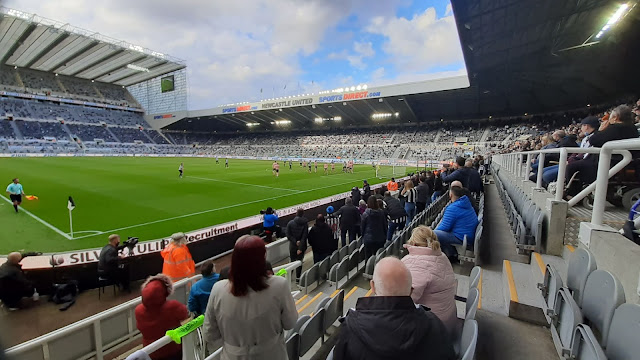 I'm not sayin there were plenty of empty seats---BUT!

The forst half woz a bit dire, az the crowd egged the team on andcseveral chances went 'a beggin'

A'd proped meesel up against a waall at the end of the row and put mee feet up to watch Joe Willock's heeded goal from a Murphy cross deep into 1st half stoppage time at The Gallowgate End! 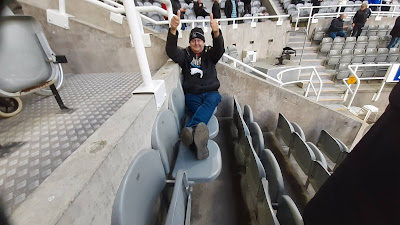 The 2nd half woz dire az well and bottom side Sheff U pressed for an equaliser!

This nearly came late on when they hit the bar, but thankfully it ended up in the crowd!

The ref finally blew for full time and so a one-nil win rounded off wor last home game of the season! 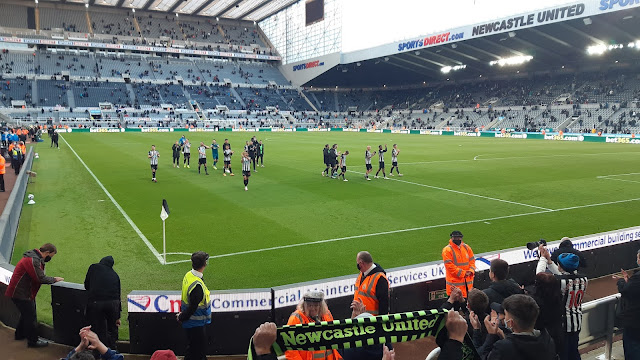 The Toon players then did a lap of 'honour'? to loud applause from the fans!   But then Brucey spoiled it by joining in and tagging on at the back, to sustained booooing from the stands, mixed in with the applause!

What did he expect after slaggin the fans off and overseeing some of the most cr*p performances that we've had to endure from wor 💻laptops, 📺tellys and 📱mobile phones!

Next and last game iz at Fulim on Sunday----a game NUFC fans are barred from of course!   So after 51 missed games in a row, we have seen 'one' live and will miss the last one!   "ONE IN A ROW!"

Roll on next season, hopefully with new very rich owners!🙏 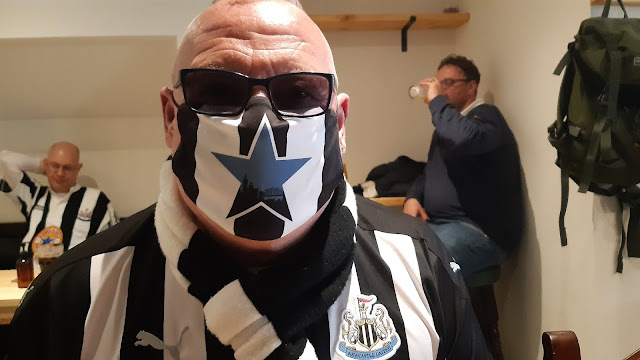 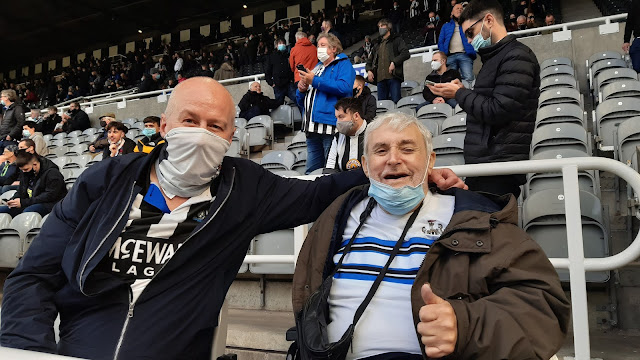 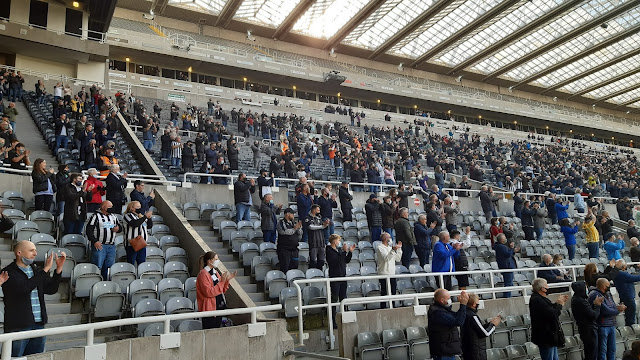 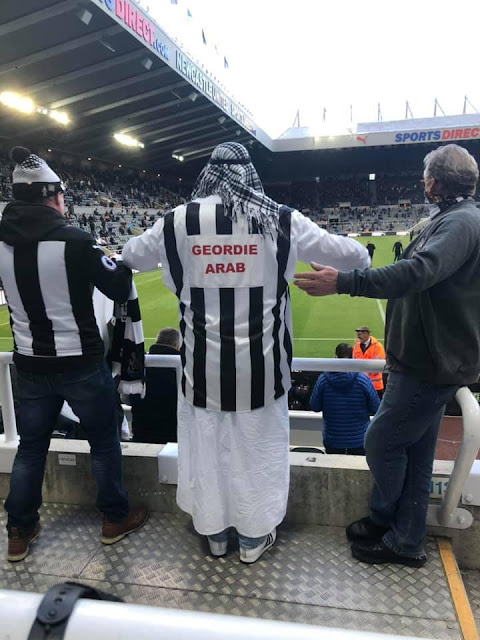 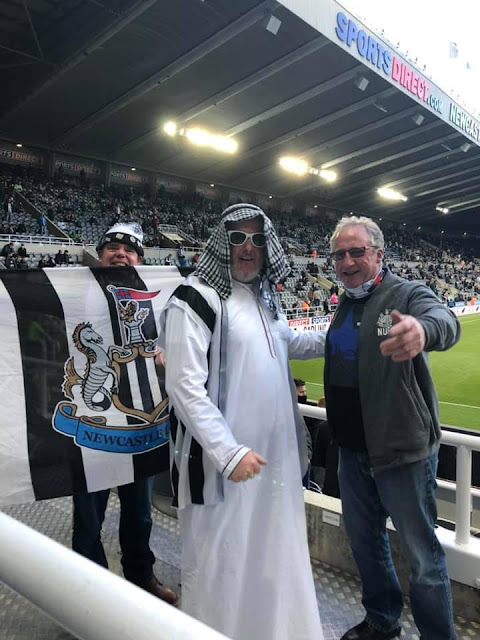 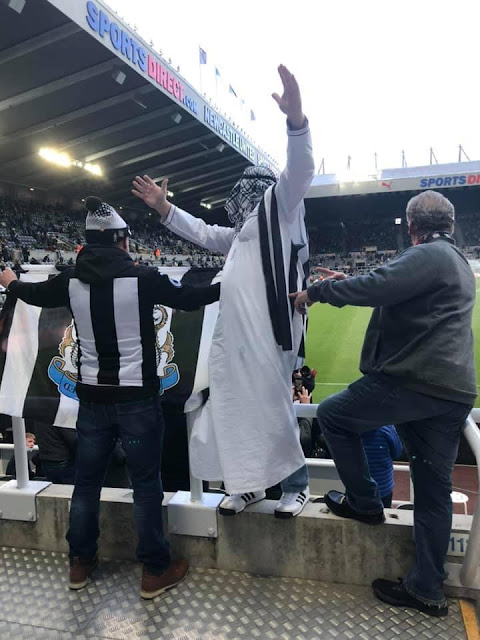 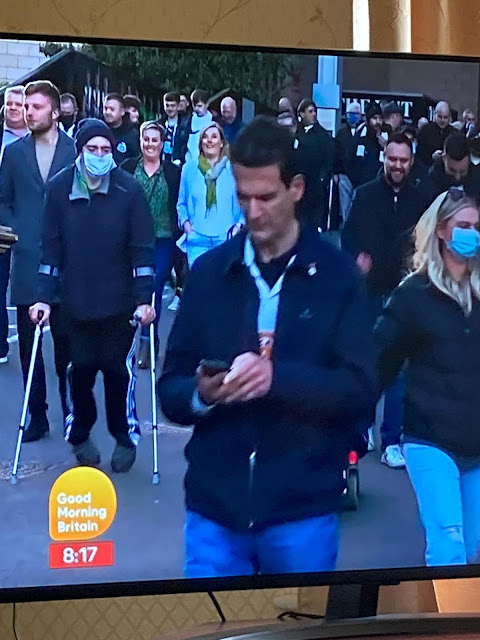 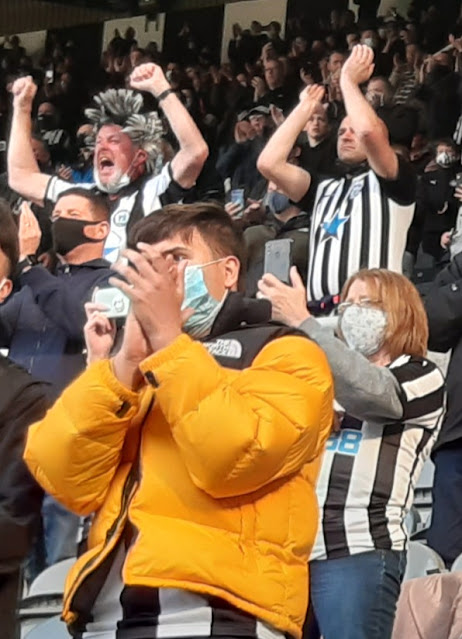