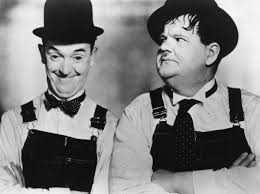 Revelations by wor former player and manager Kevin Keegan that we signed 2 players for astronomical fees' behind hiz back, have been published in wor 'little sister', The Times of London.

Xisco woz signed for £5.7 million by Tony Jimenez the executive put in charge of transfors, but, unbeleeeviblee, nebody from NUFC had EVER seen him play!

And then there's Igacio Gonzalez who Dennis Wise told Keegan to view on YouTube in a 60 second video!
Keegan looked, but thought he woz cr*p and told Wise what he thought!
Wise replied that "He woz a great player!", although he had never seen him kick a baall!
"We owe 2 South American agents a favour!" Wise went on, and "You don't even have to play him!--or have him set foot inside St. James' Park!"", which knocked King Kev for 'six'

Az it transpires, both players were aalready in the country anyway , and Keegan realised that they were aalready signed behind hiz back and this woz the trigger to sever hiz ties with the club he loved!

Xisco made 9 appearences in 4 years and scored ONE solitary goal while Gonzalez made TWO subs appearences totalling 38 MINUTES!--He then got injured and never played for us again!

The anly reason I can remember Xisco iz that he woz the forst player in wor history to have an name beginnin' with the letter 'X'
(X for 'X' certificate, perhaps!---for a c*ap player who pocketed ower £12 MILLION in hiz time here!)
And az for Gonzalez????????

"Quick!---switch on that Laurel and Hardy film!"

Posted by fink the mad-sad groundhopper at 14:47