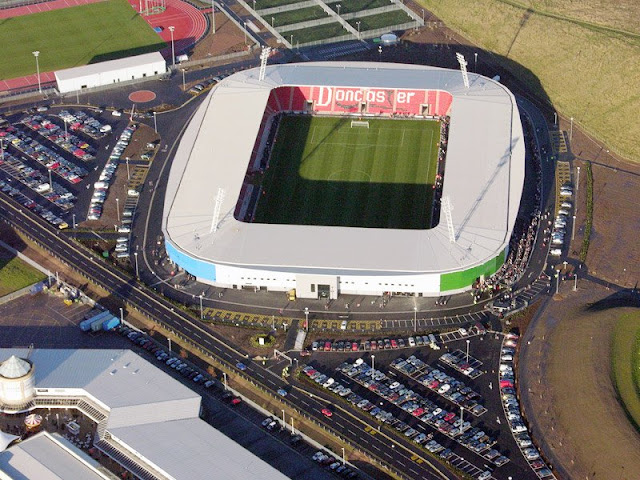 
The 'ten thorty bells' choo choo train to donny was wor mode of transport for this pre season ‘friendly fling’ and we had plenty of ‘hooch’ (supplied by ‘Grumpy Stumpy’) to ‘feed wor fat bellies as we crossed the sacred river (Tyne!) once again. 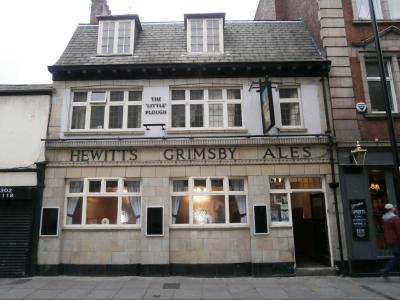 On arrival we heeded for the nearest 'liquid lubrication location' for a few 'tonsil ticklers' before heedin for the groond!
The bar woz called The Little Plough and had expensive lookin' decorated china plates and teapots hangin from the waalls and on shelves aroond the bar!  (If this woz in the Toon they wouldn't last very lang!--aa thought!)

It woz then 'onwards' to Donny's new stadium which hadn't been open lang and on forst viewin' it looked just aboot the reet size for a club like them!

It woz a boilin hot day, but thats az good az it got in this non event of a game!


The strikeforce was severely depleted with Michael Own absent with mumps (of aall things!) and Martins absent because of a family bereavement in Nigeria.
A 'mystery man' then appeared for us wearin' the number 46 shirt---ne one knew just who he woz az the Toon fans chanted, "46 who are yoo?" (Sebastion Bassong woz the answer!) (We foond that oot much later!)

The ‘substitute’ strikeforce?  combination of Shola Ameobi and Alan Smith, proved anything but!, and the anly shot in the entire game from the pair was a ‘powder puff effort’ from Shola deep into the second half! 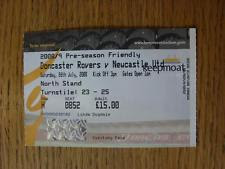 The fact is that the 3,000 Toon fans present had scored the same number of goals as Smith had in competitive games for Newcastle---a grand total of NIL exactleee! (a shockin’ stat for a striker with ower 30 games under his belt!

The winner came in the 87th minute when Doncaster's Elliott fired home from the edge of the box!---and they anly had 10 men az they'd used aall their subs, one of which had to gan off injured!

After the game we heeded for the various hostelries near the groond before catchin' a late train yem!