We won the 'must win game' in style at St James' Park yesterday and it shud have been more against a p*ss poor Sooothampton side who had won just 1 game oot of the last 16 before they played us! 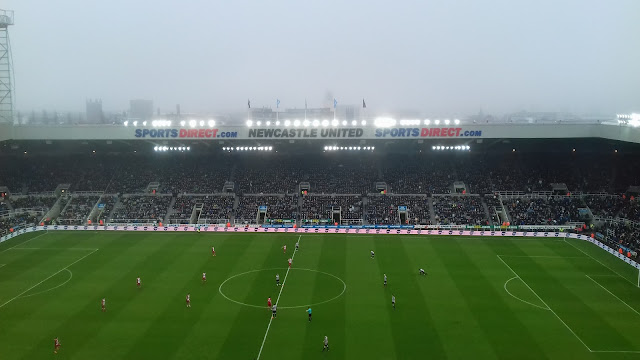 Thick fog engulfed Tyneside az the game kicked off and it took us just 66 seconds to open the scorin' when an absolutleee surperb lob from Jonjo Shelvey foond Kenedy who chested the baall doon and torned brilliantly to hit a left footed shot past McCarthy in the Sooothampton goal at The Leazes End!

(A contender for goal of the season for sure!) (See photo below from mee camera phone!) We understand that the roar of the crowd could be hord from the Gatesheed game v Maidenheed across the Tyne at the International Stadium 2 miles away!
(The Heed won 7-1 incidently!---that's GatesHEED!)

A Shelvey run then foond Dwight Gayle just a couple of minutes later, but he shot straight at McCarthy and the chance woz gone!

However! and just on the half hour mark a Perez pass foond Gayle who unselfishly gave to 'President' Kenedy and he had the simple task of sidefootin' the baall into the net to give us a 2 goal cushion!

Sooothampton and their 1,600 fans were totally demorilised by this time, az we went for a 3rd before the break, but somehow we couldnt find the net again!
(HT 2-0)

We completed the porfect day az the fog drifted ower the ground, when yet anothaa superb pass from Shelvey on the edge of the box fell to Matt Richie, who fired home with hiz left foot at The Gallowgate End!

3-0 and 3 precious points for sure that lifts us 5 points from the drop zone!
In particular both Shelvey and Kenedy had ootstandin' games!

Aaltogether now! "THE FOG ON THE TYNE IZ AALL MINE AALL MINE!"

Wor "I'm feelin' a bit parched!---lets gan on the hoy in March!" drinkin ' marathon continued in The Bodega, The Leazes End Club, The Strawberry and The Premyaa Inn before and after the match! 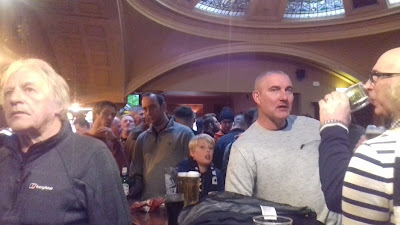 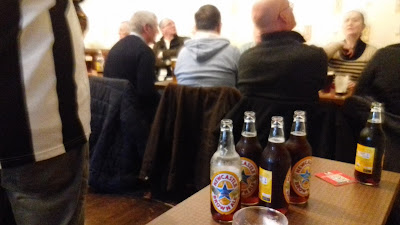 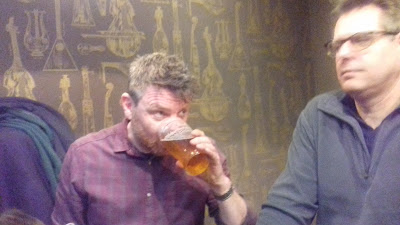 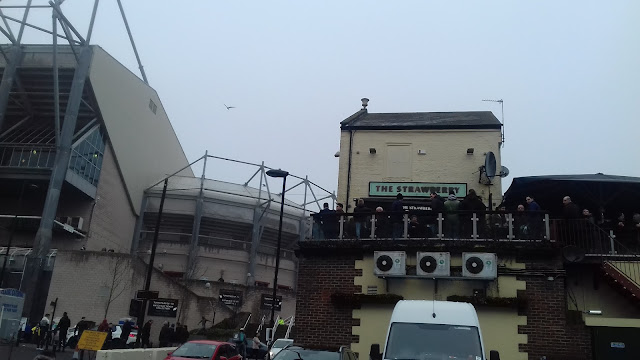 Othaa results went wor way in a 'porfect day' with fans in revolt at West Ham in particular! 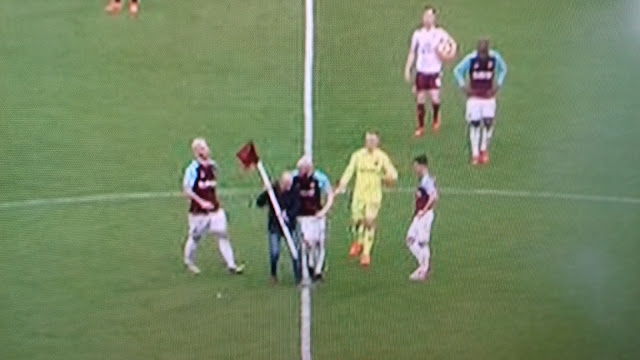 A West Ham pitch invader insists that
they MUST take their corners from the centre spot!


Posted by fink the mad-sad groundhopper at 10:52