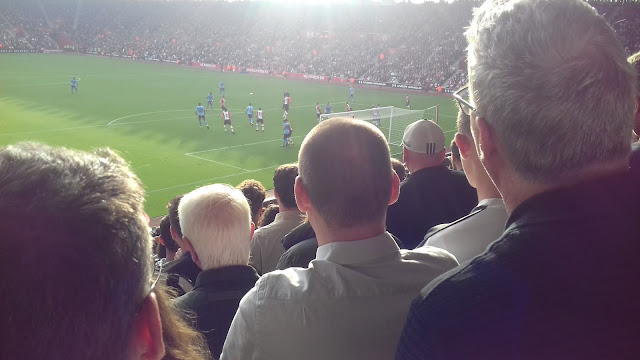 Wor 10th visit to St Mary's Stadium ended in a 2-2 draw and if you'd asked me before the match I would have settled for that.
But we reeely shud have won this, but for a daft tackle in the penalty box by Leujene in the 2nd half cost us the 3 points, az Sooothampton convorted the resultin' penalty to bring the game back to 2-2! 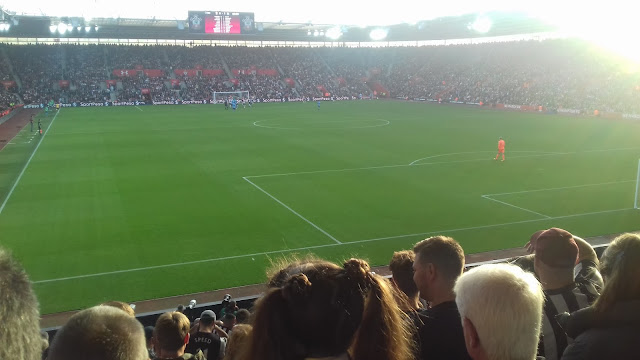 With the backin' of a selloot 3,000 plus fans in the Northam End, we attacked that goal in the forst half in wor new aall blue change kit (light blue tops, dark blue shorts)
We had sold 3,200 tickets for the game but some fans didn't make it az the '8 bells' train on the Sunday mornin' broke doon with a dodgy wheel and it took them FOWER HOURS (4 hours) to get to York ---a ONE hour jorney normally! Some fans 'gave up' and torned back, while othaaz hired a mini bus and taxis to get them there! (A very expensive way to get from York to Sooothampton!)
We (luckily) had travelled doon the day before and had nee problems gettin' there! 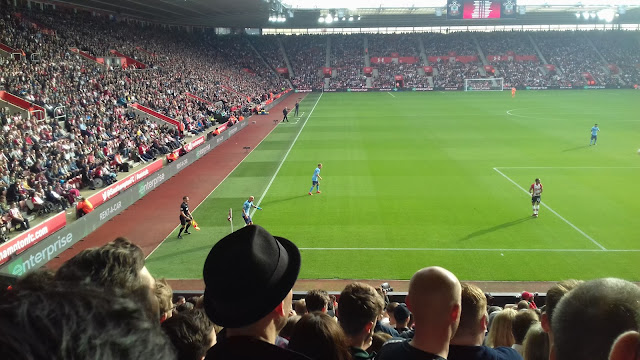 We started off well and took the lead in the 20th minute when an Atsu shot rebounded to Hayden 20yards oot and he planted the baall into the net to send 'the faithful' into raptures!---and that's the way it stayed until the break!

And then just after the restart the home side equalised through Gabbadini who squeezed the baall past Elliot in The Toon goal!

Straight away we regained the lead at the othaa end when a through baall from Richie foond Perez who wellied the baall into the net in the 50th minute!---could we hang on?---the answer woz NO! az that daft tackle by Lejeune (when the baall woz ne where near the goal) left the ref with ne choice but to give the penalty which Gabbiadini convorted!

Lejuene had a chance at the very end to redeem himself, but hiz heeder woz cleared off the line by a Sooothampton defender!
Final score 2-2!

Wor jorney back to Waaterloo Station in London woz horrendous!
I managed to get a seat in the mad scramble to get on the train BUT! an elderly gentleman with a handlebar moustache pushin' a wheeled zimmerframe got on and kindly asked me and the lad next to me if we would give up wor seats az they were disabled seats!
I volunteered and gave him my seat, but then had to stand the entire 2 hour jorney back to London, with people packed around with ne where to move!---MY good deed for the YEAR! ---for certain! 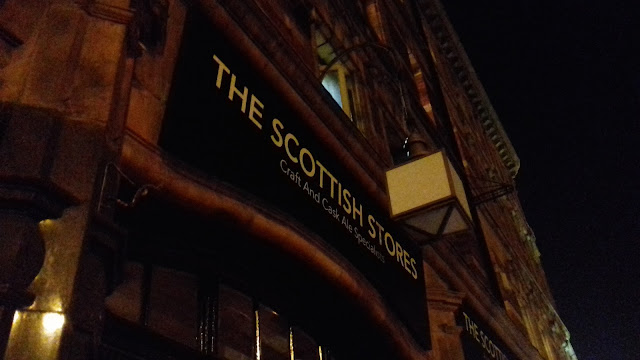 We managed to grab a quick pint in The Scottish Stores boozer near King's Cross and then endure a 4 hour jorney back to The Toon in a near empty train (in complete contrast to the Waaterloo train I had TWO seats to meesel!)

It woz 'nice and peaceful' until we got to York station where 2  very drunken 'happy slappers' got on!
They were dead loud and told anyone who cared to listen that they lived in Carmel Road North in Darlo and then started on aboot how they liked 'hot dogs'!---(NOT! the ones yoo get in a tin!)
PS: for those of yoo under the age of 16 readin this--ask your mammy and daddy wot that meeenz!

They soon shut up though when the ticket inspector told them they had 'Cross Country' train tickets which wornt valid on 'Virgin Trains' and they were charged an extra £25 each!
They WORNT 'happy bunnies' after this and complained that they had 'open tickets' to the inspector!---He said "yes they are, but NOT for Virgin Trains"!
They staggered off the train at Darlo and we had peace again for the final 30 mins of the jorney back to The Toon, where we eventually arrived at '2 am bells', some 8 hours after gettin' on the forst train in Sooothampton!

After a few hours kip "ZZZZzzzz!!!!" I woz up again at '11 30 bells' to write this report before heedin for work and a 440 mile roond trip to Redditch in Worcestershire in mee truck at '2 30 pm bells'
NE REST FOR THE WICKED!

Team line ups to follow later at Woodall Sorvices truck park on the 'M1' when I stop for a 45 min break on the way back from Redditch!

Attendance 31,437 (3,200 Toon tickets sold but there were a few empty seats due to that train breakin doon and some very unfortunate fans missin the game because of that!)
(One of many reasons to gan doon the day before!)


Tuesday update:
Wor U21s were in action at St Mary's last neet in front of a 471 'crowd' and were slaughtered 6-2 and witnessed by 'Glennn from Ashington' who stayed an extra night to watch it!
Now THAT'S what yi caall 'A MAD-SAD GROUNDHOPPER'!


Posted by fink the mad-sad groundhopper at 13:18