At last the FA have admitted that there WILL BE live games on Xmas Eve, with chief executive Peter Scudamore sayin' that aall games chosen will kick off before '4 bells'! ("ER!"---sorry! That shud read RICHARD Scudamore!---Peter Scudamore woz a jockey!)

So that's aall reet then???---shud wor game at 'The Jellied Eels Mob' (West Ham) be one of 'the chosen few', then it will kick off anytime between '11 bells' in the mornin' and '3 bells' in the afternoon!---It STILL doesn't make it any easier for travel arrangements az the train and air prices will be at a premium and the roads will be 'rammed' on Xmas Eve of course with friends and family travellin to see loved ones ower the festive period!

Wot it meenz in effect---IZ!---we will be forced to travel doon to London the day before and hope (against hope!) to catch the last train back to Tyneside after the game! (dependin on the kick off time of course!)

Yogi Bear, who invented the TV haz got a lot to answer for, az before hiz 'invention' aall games kicked off at '3 bells' on a Saturday or '7 30 bells' midweek ("ER!"---or woz it LOGIE BAIRD who invented the telly?)  🔻 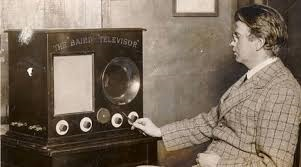 Posted by fink the mad-sad groundhopper at 12:20